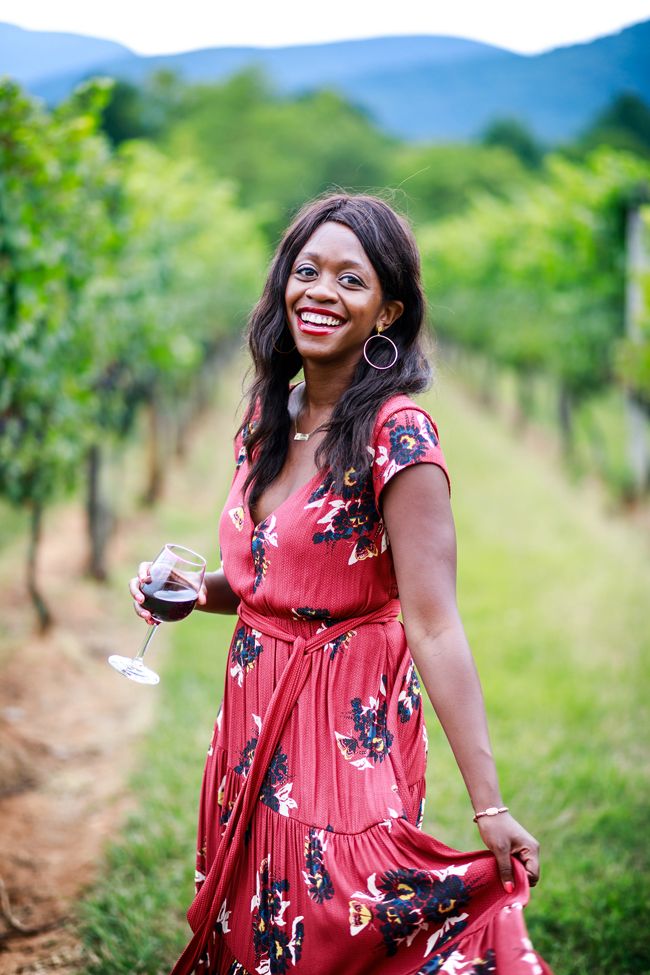 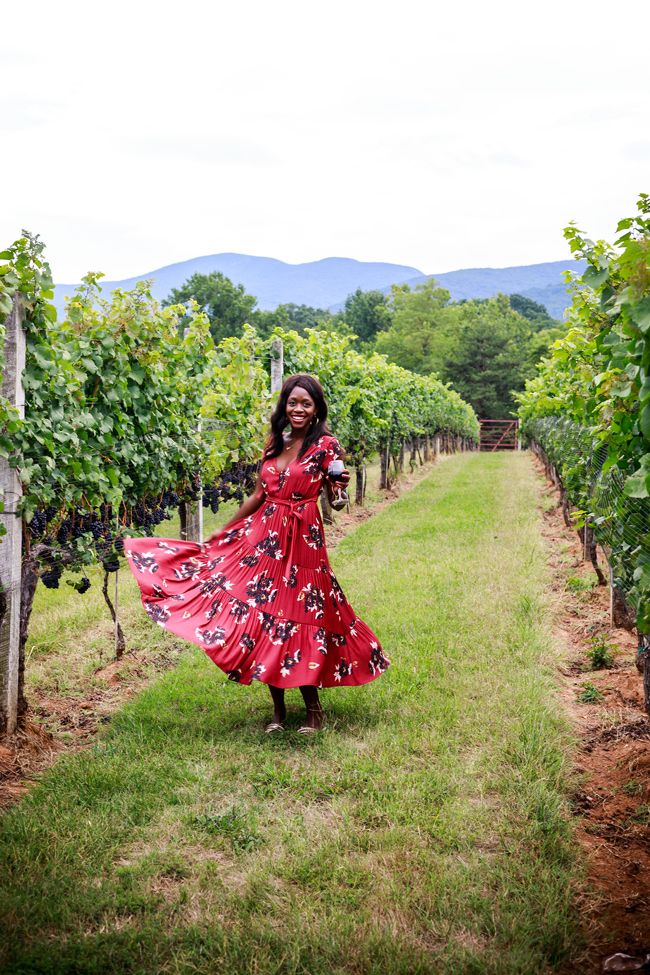 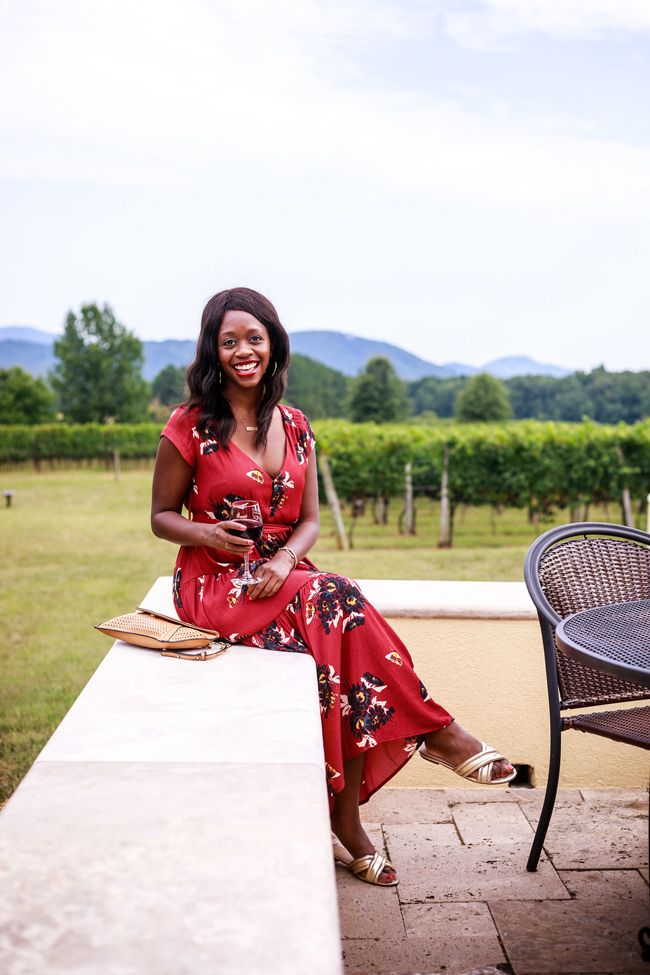 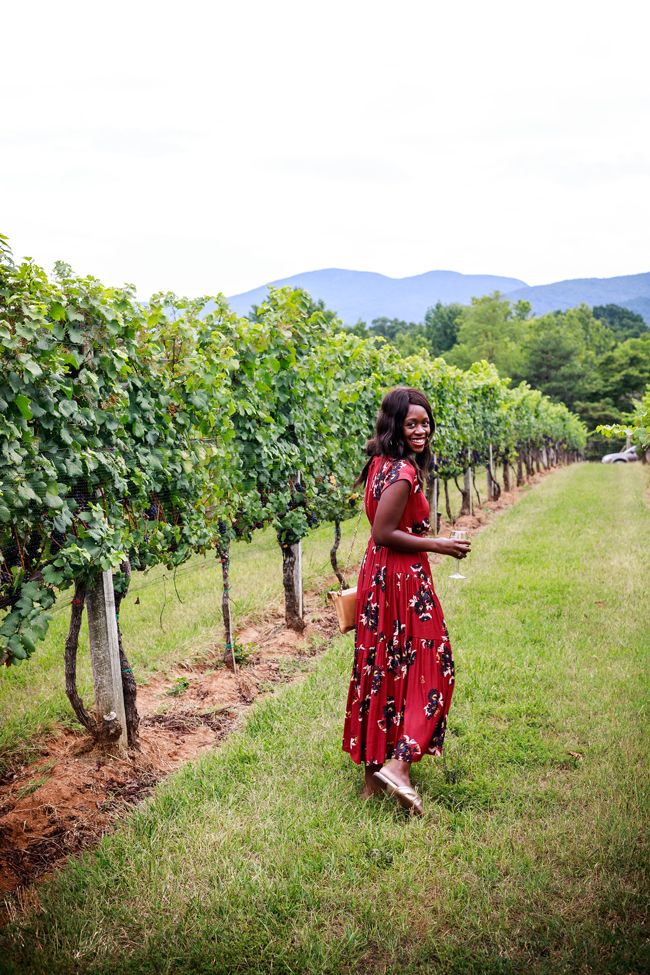 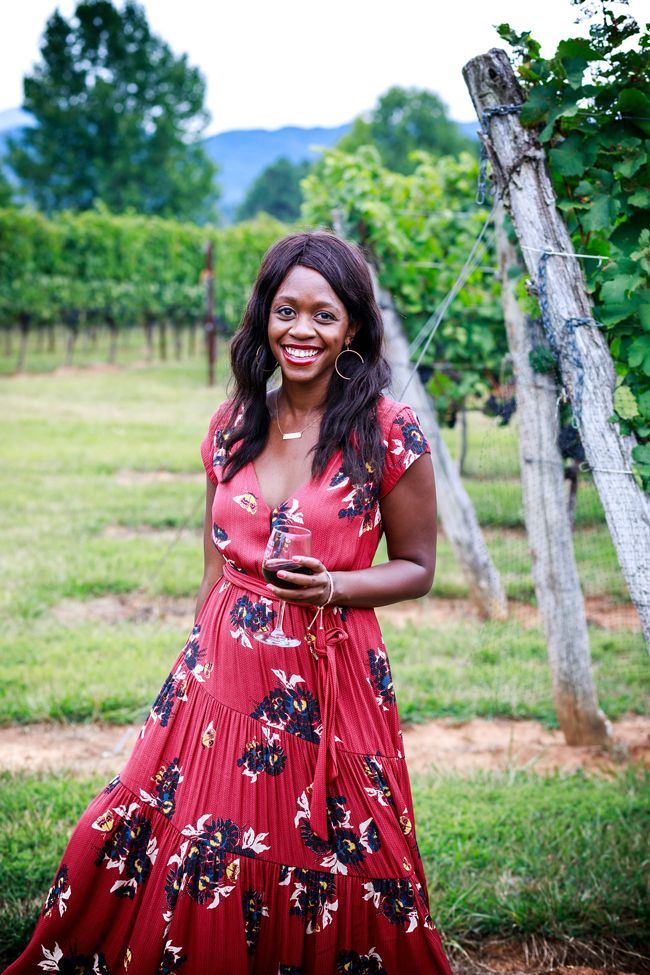 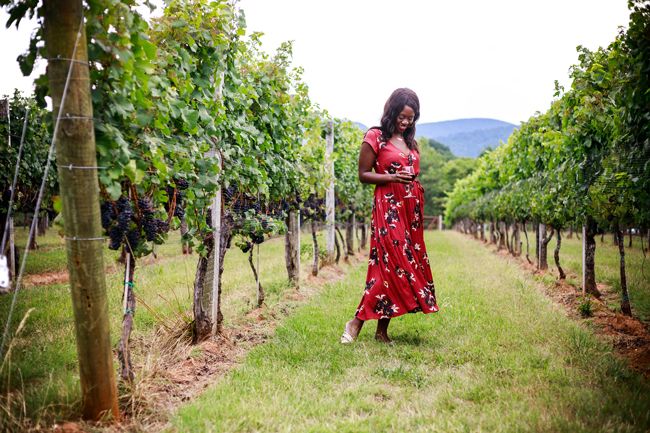 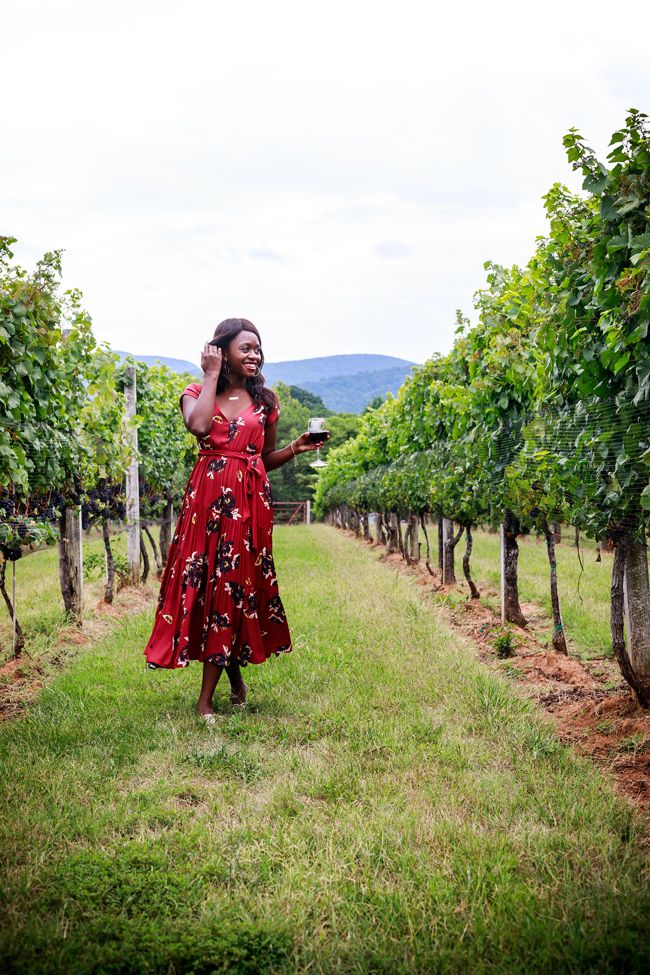 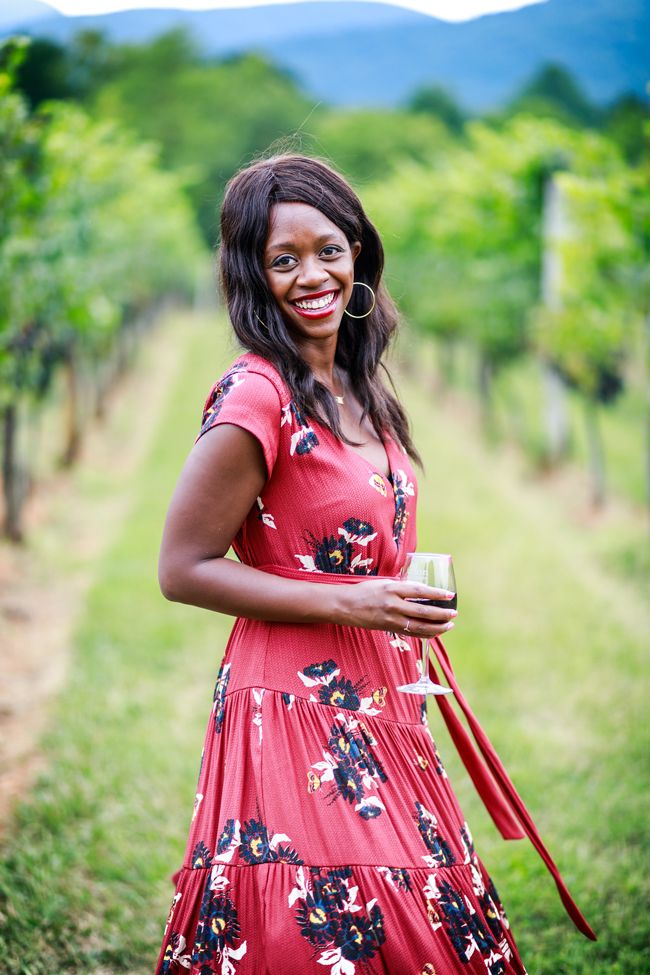 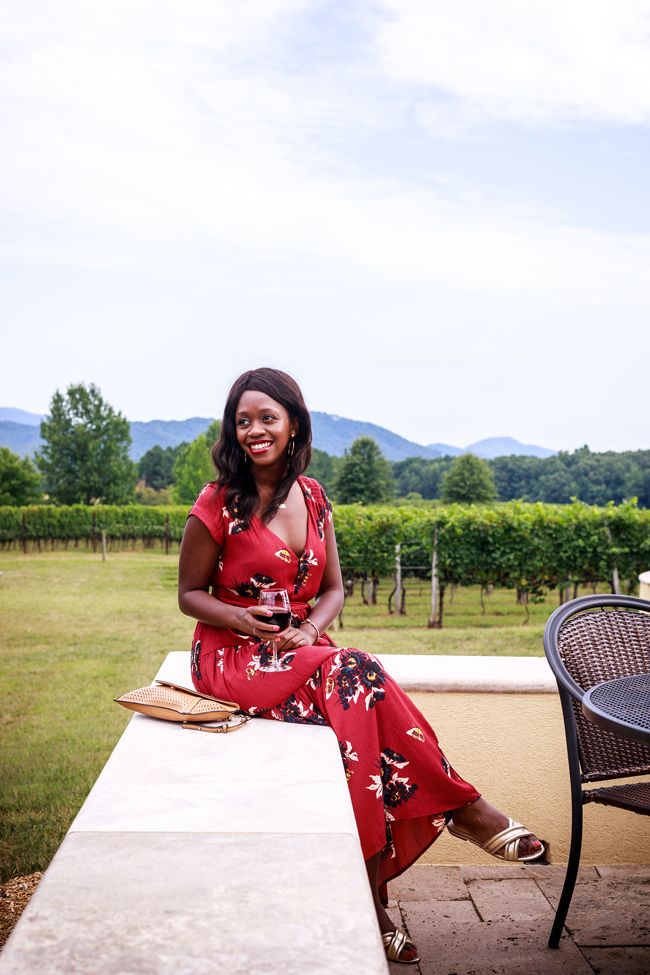 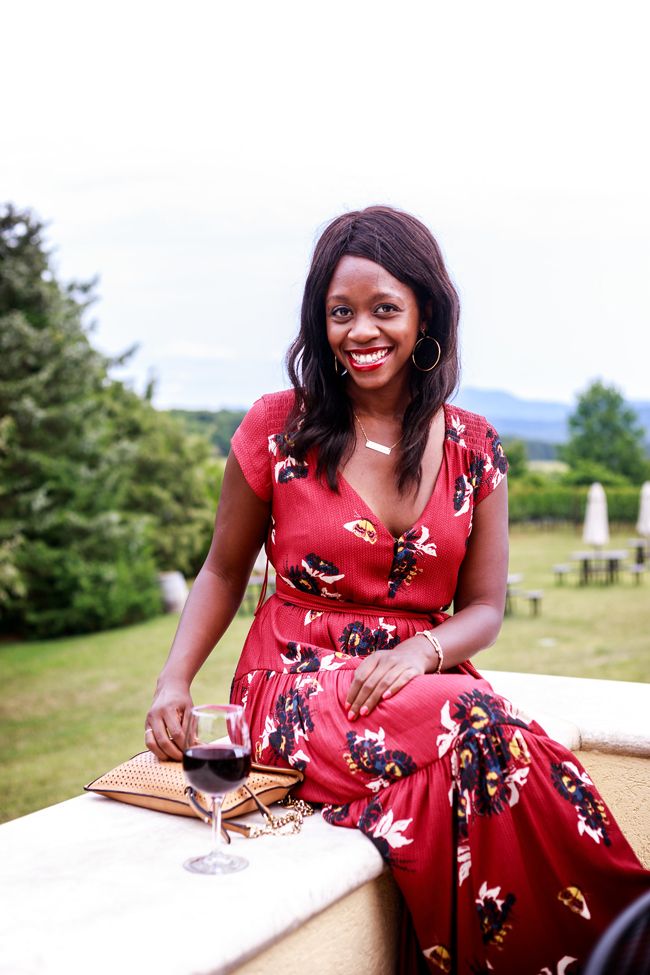 First things first — since this is a lighthearted blog by nature, let me briefly chime in about this dress. I’ve worn it 3 times in the last 3 weeks, and I’m not sorry about it. As you can see, the twirl factor is pretty epic, and it will look super chic with a leather jacket and booties when it starts to cool down. The one thing I could have used with this outfit? A nice pair of sunglasses — I’ve been constantly forgetting them every time I travel, and I really need to fix this!
And second: this post has been sitting in my drafts for a couple of weeks now, but it’s finally time to hit "publish".
Some of you know this, but my boyfriend lives in Charlottesville. I visit the city pretty often. I adore this city. These photos were actually taken in Charlottesville two days before those horrid rallies began with those horrible people. And yes: my boyfriend and I got out of town before any of that mess began.
Well. I’m returning to Charlottesville this week for the first time after the rallies and protests, and I’ll have to admit: I’m a little nervous. My boyfriend lives incredibly close to where the car plowed into the group of counter protestors. AKA, I have to walk past it in order to get to his apartment. Am I ready to see that? Am I ready to witness the aftermath of a terrorist attack on our soil? Nope.
First things first: as a black woman, I have never, ever felt unsafe or uncomfortable in Charlottesville. It’s a city that’s been targeted by white supremacists who do NOT reside in the city time and time again. The actual locals of C’Ville? They couldn’t be nicer. In fact, on their Downtown Mall, I spotted a lot of local businesses putting up signs in their window that they won’t tolerate hate in their city.
If you’ve seen the news in the last few weeks: please. Do not let what happened a few weeks ago be your only opinion on Charlottesville. Even though I’m a bit nervous, I’m going back with pride because I know what kind of city it actually is, and I refuse to let any white supremacist out there make me afraid to live my life.