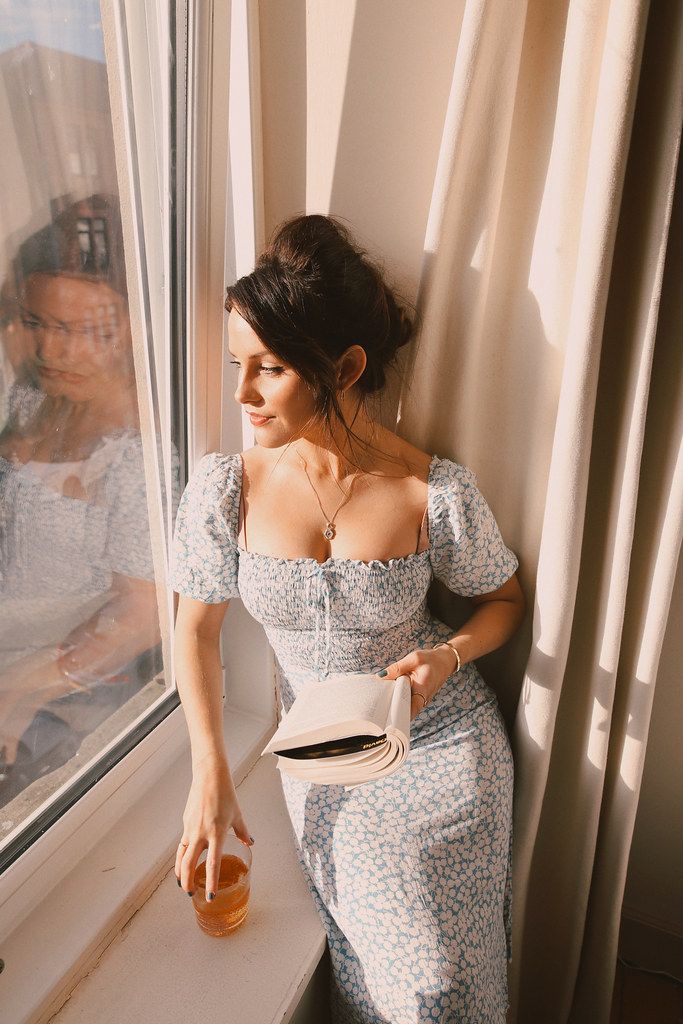 Hey pals! I hope everyone's doing ok? Today's post is all about one of my favourite things: books, books and more books. Losing myself in a good read is one of the few forms of escapism that works for me and, as I've had the chance to do a bit more reading than normal in the last month or so, I thought I'd round up all of the books I'd read recently with a little bit about what I thought on each. Starting with...
The Book Thief
Oh my god did I love this. Rob's sister recommended it and, as soon as I started, I went into full blown antisocial mode - curled up on the sofa, totally lost in it, eager to finish it whilst simultaneously knowing I'd feel lost and listless when I did. It's set in Nazi Germany, 1939, and follows the lives of a German family, the Hubermann's, who adopt Liesel - our protagonist - and are also hiding Jewish Max Vandenburg in their basement. It's written from the perspective of death and beautifully so, allowing the author to ponder upon humanity whilst giving a real insight into the heartbreaking and devastating effects of war as the story unfolds. Despite this, the book is still filled with uplifting and heartwarming moments  - I cried and smiled in equal measures - and the characters are written so vividly that you'll fall in love with them from the opening chapters: Hans felt so real that I was desperate to reach into the book and cuddle him. I put a lot of the books I'm reading on my stories and was totally blown away by how many people replied to say this was their all time favourite book, so I like to think this is, hopefully, one for everyone (and I can guarantee it'll stay with you for a good while afterwards).
Calypso
Oh my good god. I don't think I can actually put into words how much I loved this - before I'd even finished it I'd already decided it was one of my favourite books and that I'd do anything in my power to become best friends with David Sedaris. It's a collection of essays that are written to perfection: he's incredibly sharp, honest, observant, open about his failings and so frank that he had me turning towards the window of the train I was on so people wouldn't see me hysterically laughing. I read and re-read lines and marvelled at his word choice and how well they were put together. He moves seamlessly from laugh out loud moments to more intimate, personal and heartbreaking admissions and back again in a way that few people can master, covering everything from suicide, alcoholism, politics and family relationships to shopping in Japan and an un-flushed toilet at a garden party and everything in between. His writing immediately put me at ease; it was like reading the diary of a (very, very funny) close friend; one who is weird, wonderful and comes away with the kind of acerbic admissions that'll have you coughing into your tea. Honestly I'd love so badly to be inside of his head for a day so I could view life the way he does. One of my favourite reads in a long time.
Daisy and the Six
Megan bought me this for Christmas as it's one of her favourite books and, as always with books that come with a recommendation from family or friends, I so was excited to get stuck in. Holy mojito is it enthralling; I started it on my birthday with the aim of reading 10 minutes before breakfast and ended up losing a good few hours to it. At the very, very beginning I wasn't sure on the interview style format, but very quickly got used to it and began to enjoy how it allowed for a deep exploration of each character. It follows the story of a fictional 70s rock band who we know from the beginning have had a premature and messy break-up... we just don't know why. It's very, very readable and the characters, again, come to life very quickly, to the point where I actually had to look up if they were a real band. Me and my Mum had such vivid mental images of each of the characters that we had an in-depth discussion about what the Billy of our imaginations looked like (surprisingly: very, very different) and I particularly loved the character of Camilla and badass Karen. 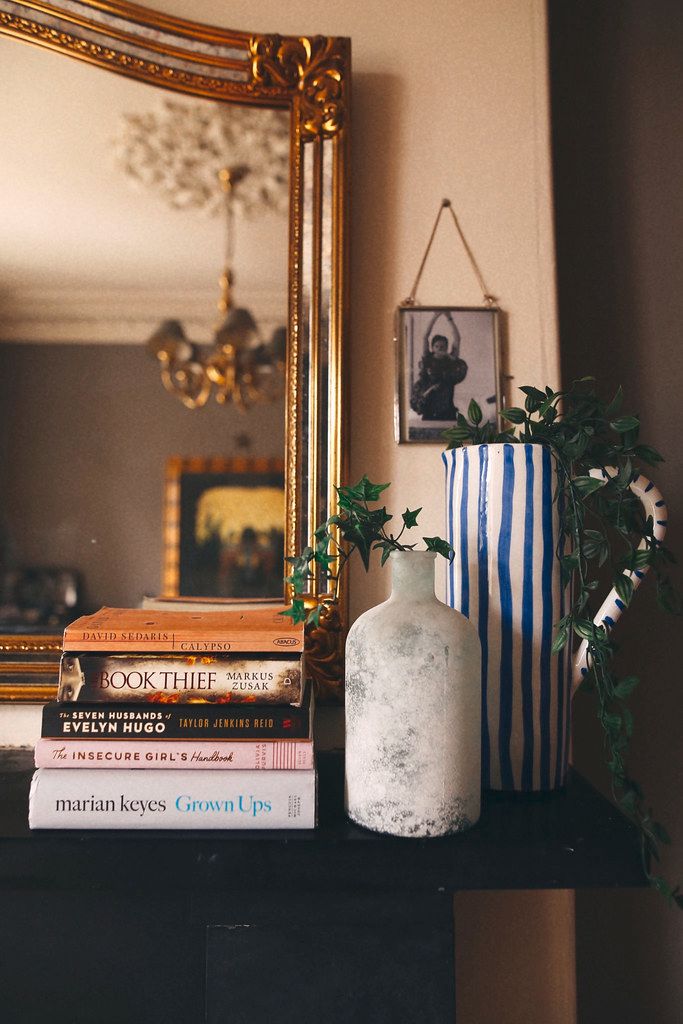 The Seven Husbands of Evelyn Hugo
...was a birthday present from Rob which I'd been banging on about every since Carolyn (who always has the best book recommendations) had mentioned it to me the previous year. The story tells the tale of Evelyn Hugo - another very strong female character - her seven husbands, one forbidden love and a life in Hollywood as Cuban actress. Evelyn, a retired Hollywood star, has been notoriously quiet about her private life but is finally ready to give her version of events, hiring little known journalist Monique who - over the course of the story - comes to realise Evelyn's choosing her wasn't quite as random as it had initially seemed. Dun dun duuuuun. I really enjoyed this and am so in awe of Taylor Jenkins Reid's ability to write characters that feel so real and complex in all their flaws. She explores sexuality, race, misogyny and more through the characters in the novel in a beautifully evocative and compelling way.
The Insecure Girl's Handbook
The debut novel (what an exciting thing to write) of the ever-wonderful Olivia Purvis. Liv's put together a beautifully honest book, inspired by The Insecure Girl's Club, that will have you shouting 'I thought I was the only one who felt like that!' in your head several times throughout. It's like being given a warm cuddle as you read and Liv is truly wonderful at offering kind, heartfelt advice and coping mechanisms for a whole range of insecurities, with her voice shining clearly throughout. The book's also punctuated with interviews with women from all walks of life who offer their insights on self doubt, insecurity and more, each one making you feel that bit less alone. It also marks the first time I've ever written on a book - I know, it goes against everything I stand for too - making little notes in the margins and folding over pages I wanted to come back to. I'm so incredibly proud of Liv and think this is a book that'll truly help so many people feel less alone in their insecurities.
Grown-Ups
I so badly wanted to love it, as I'm a huge Marian Keyes fan, but I struggled to get into this one. There are so many characters that you're often trying to figure out who's who instead of focusing on the plot or on connecting with the individuals, and I didn't get as many chuckles from it as a MK novel would normally bring. Like I say, I do absolutely love her writing and feel like she's another author who's fantastic at writing very flawed and human characters as well as being able to touch on serious issues whilst still weaving in lightness and humour, but sadly I didn't enjoy this one as much as usual.
I Feel Bad About My Neck
I'd heard so much about this book that I was nervous it wouldn't live up to the hype and, if I'm honest, I'm still not 100% sure how I feel about it. One thing I do love, that's true of every novel of hers I've read so far, is that there is so much of Nora Ephron present in her writing that it's almost as if she's sitting there reading the lines out loud to you. Her tone is notoriously self-deprecating, dry, observant and honest; she'll have you giggling and nodding along in agreement, feeling like the two of you are in cahoots together. Whilst I enjoyed some of the essays and observations in this book, there were quite a few that I didn't agree with or relate to, and I did feel it lagged a little in parts. However, I can see that one of the joys of the book may be that you could come back to it at various times in your live and take different things from it. It's not one I was desperate to pick up and I found myself dipping in and out of it over a few weeks but it did bring some smiles and nods along the way and I really do think that she she writes very beautifully and very effortlessly.
And there we have it! If you'd like to check any of them out I've popped a wee link in each title that'll take you straight to the book. I'm just starting on ' Me Talk Pretty One Day' by David Sedaris (next step: restraining order) now and would ruddy love to know what you're reading at the moment/what's on your 'to read' list? In fact, I'd also love to know what you thought of these books if you've read 'um too!
Amy