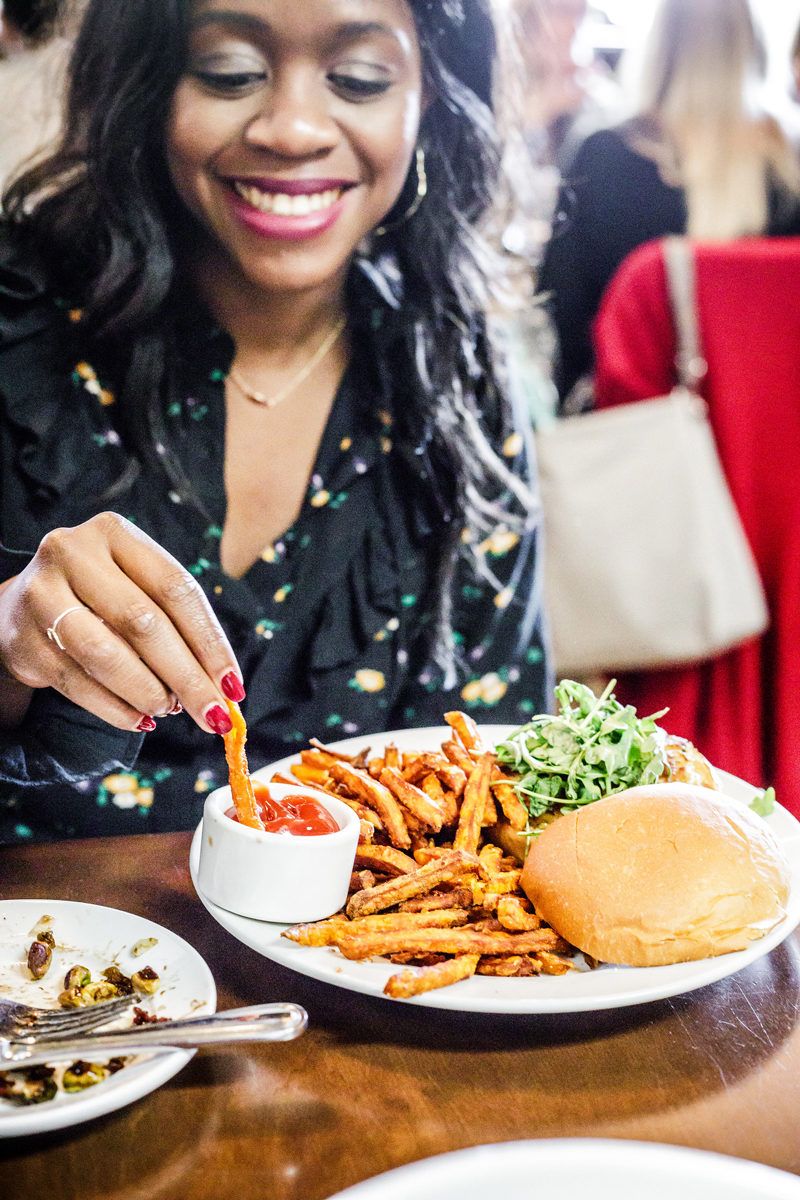 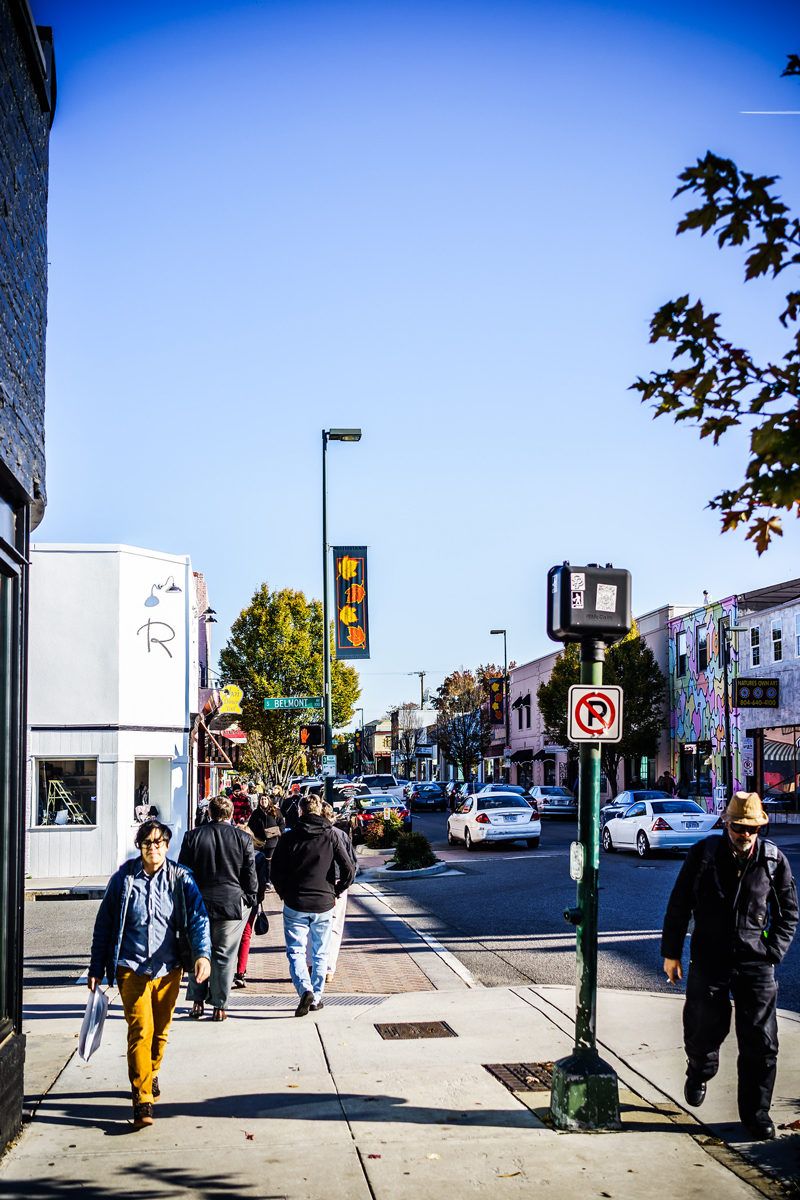 If you’ve been following along from the start, you’ll know that I went to college in Richmond (yes, I’m a VCU Ram for life!) I transferred to VCU during my junior year, and I’m not going to lie: I was pretty nervous about how I’d like living in RVA. I launched this blog before I finalized the move, and it was originally called "River City Chic." I originally intended for this blog to be a collection of my adventures and experiences in Richmond, but it ended up becoming more of a personal style and travel blog with more of a nationwide reach.
Even though I moved out of Richmond after I graduated from VCU, I still love it, and I think it’s one of the most charming little towns in the country. The culinary scene is one of a kind, and it’s packed with some of the most creative people I’ve ever met in my life. Back in November, I teamed up with Visit Virginia to explore a few new spots in RVA, and revisit some of my old favorite things to do in Richmond. 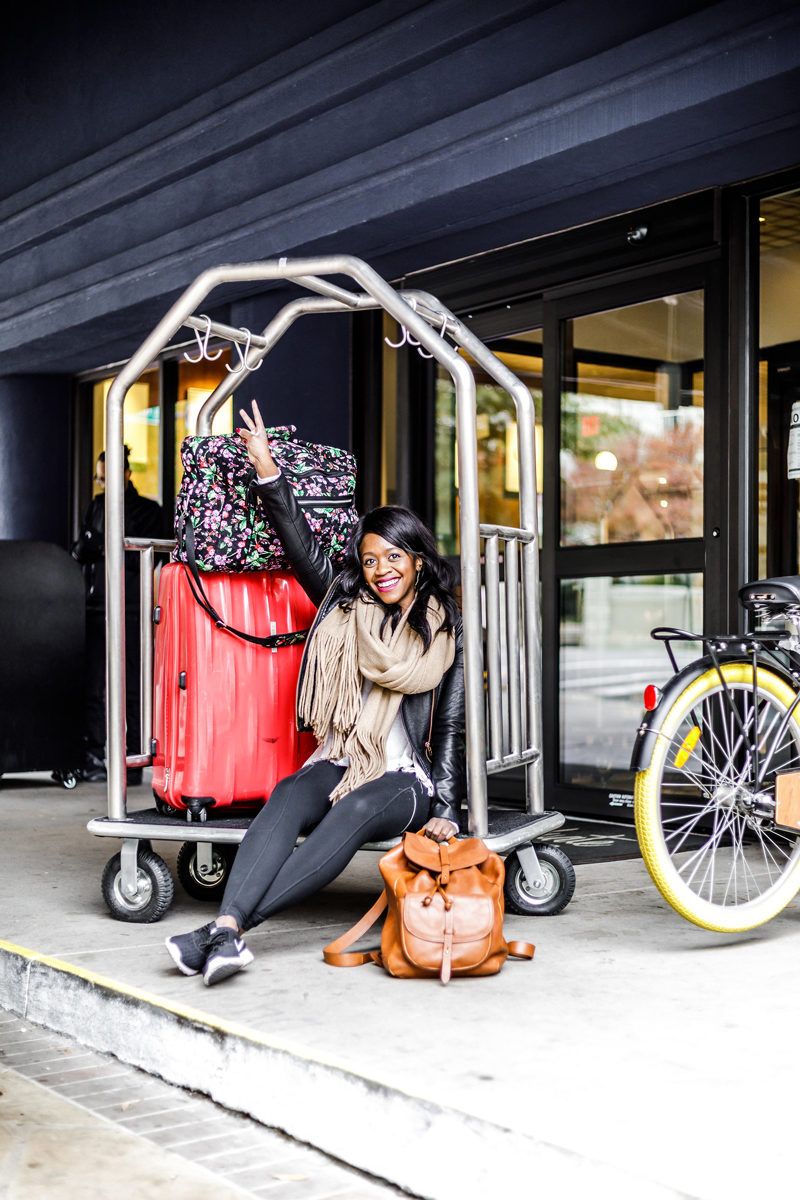 Things to Do in Richmond, VA – How to Get There

It takes roughly 2 hours to drive to Richmond from D.C., depending on traffic (pro tip: I would leave no later than noon if you’re headed south from D.C. on a Friday afternoon!) Metered street parking and parking garages are available throughout the city if you decide to bring your car down.
If you’re planning on visiting spots in Downtown Richmond and have no plans to venture out into the ‘burbs, I would recommend taking the train (Amtrak) down instead of bringing your car and use Uber/Lyft around the city. The meter maids in Richmond are no joke, and it was nice not to have to deal with parking garages or moving our vehicle every two hours!
If you’re coming from a bit farther away, you can get a direct flight to Richmond from Philly, NYC, Chicago, Detroit, Toronto, Miami, Nashville, and more — there are 71 direct flights that come in and out of RIC daily! 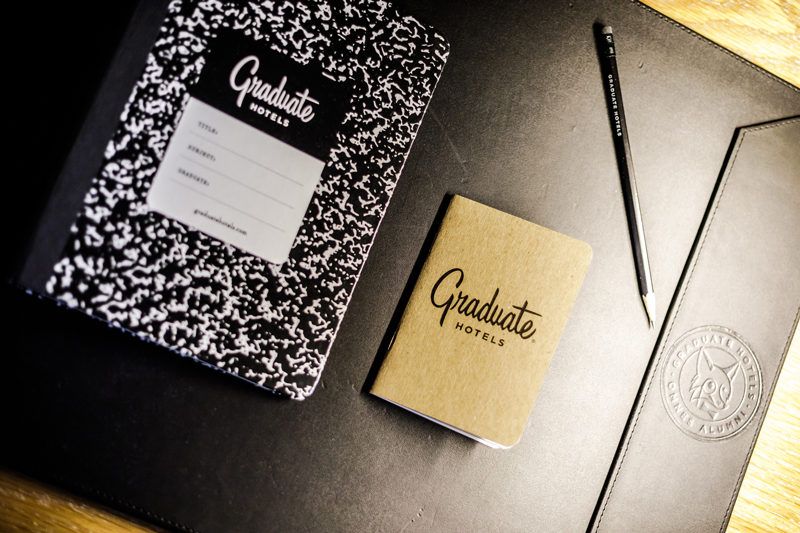 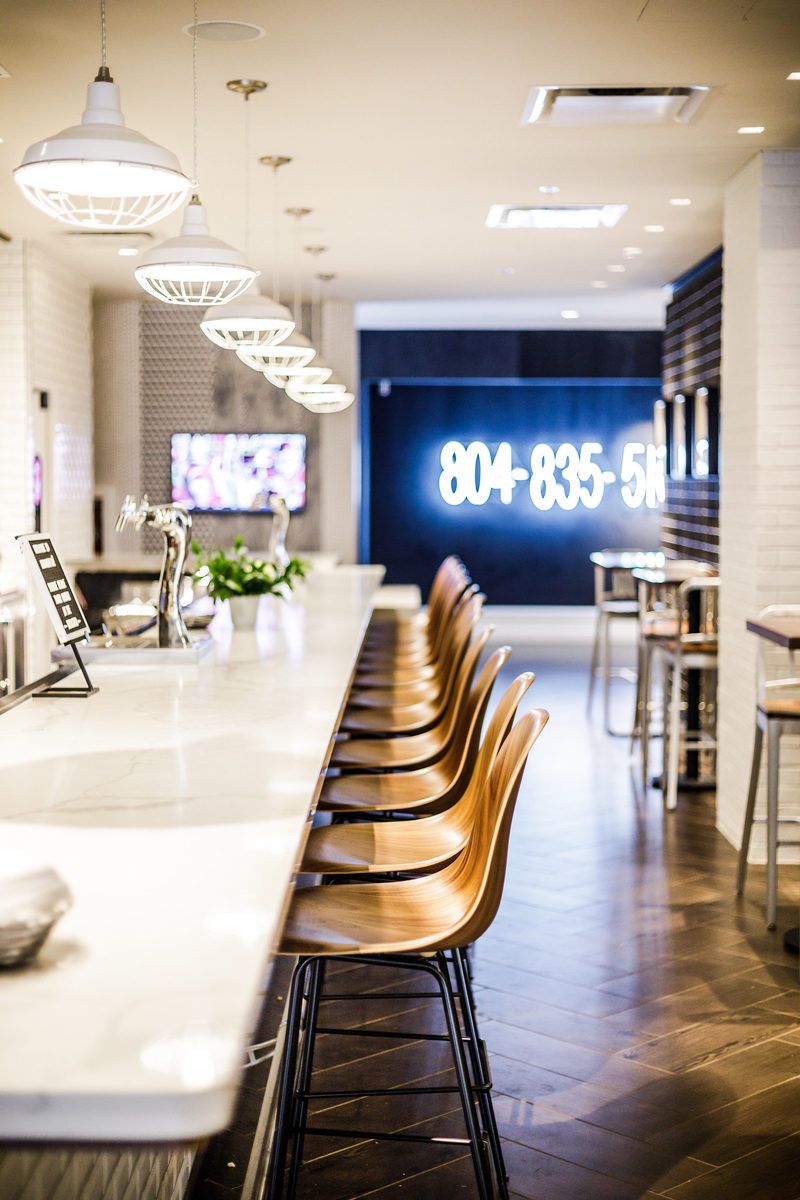 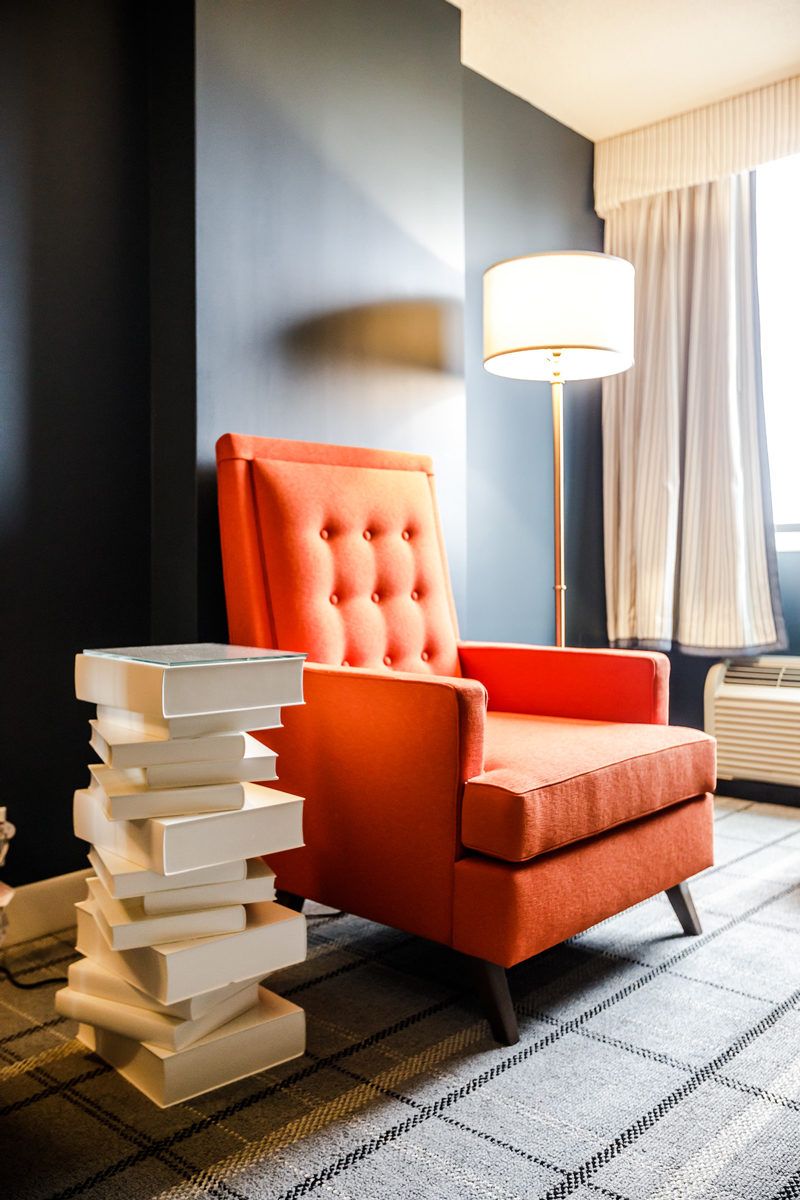 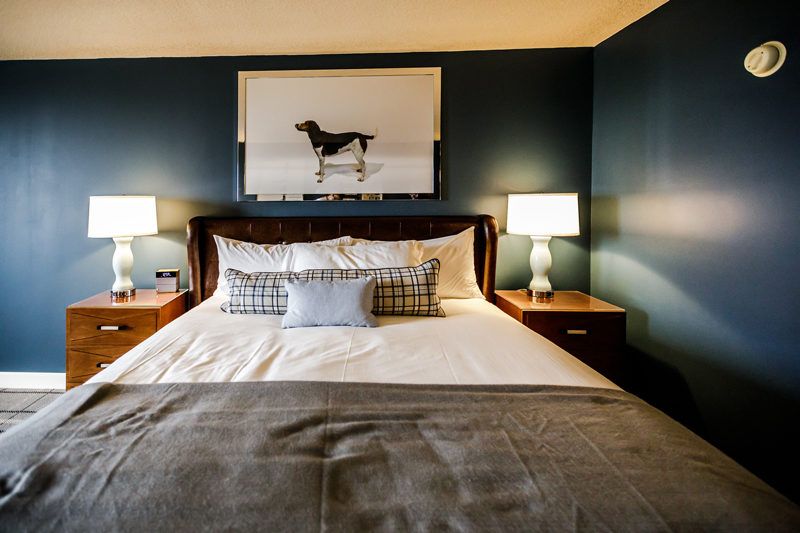 Things to Do in Richmond, VA – Where to Stay

The folks over at the Graduate Richmond graciously hosted us during our stay, and it is one of the most charming boutique hotels I’ve ever stayed at. The hotel was located in the Monroe Ward neighborhood, and it’s steps away from great shopping, eats and VCU’s Monroe Park campus. One thing I love about Graduate hotels is that they celebrate the community that they’re in, and each property is one of a kind. Graduate Richmond paid homage to local tennis star Arthur Ashe by incorporating preppy, mid-century minimalist design elements throughout the property.
While I stayed at the Graduate Richmond, I frequented their restaurant Brookfield, which is located right in the hotel lobby. It was a great place to grab a quick, healthy breakfast, and also a fantastic spot for a nightcap. They also have a rooftop which was unfortunately closed for the season by the time we visited, but we’ve heard amazing things about it from locals. They’re also pet-friendly, and you can rent bikes from the hotel to cruise around town. 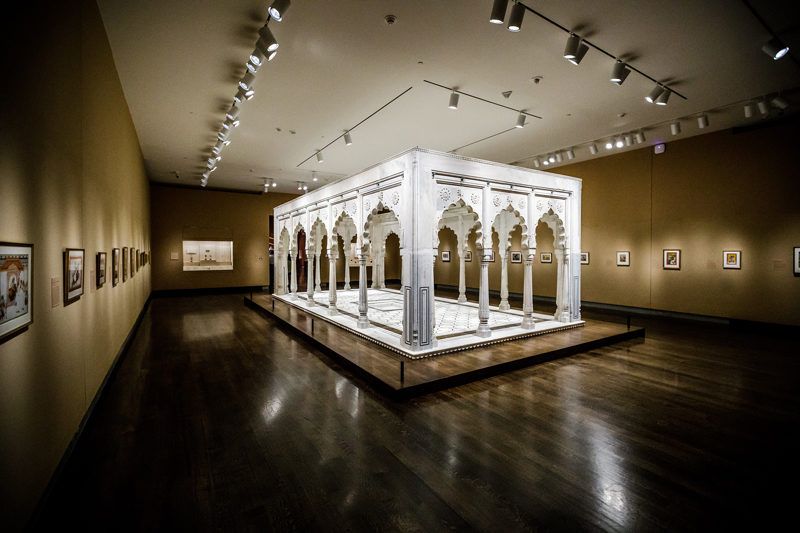 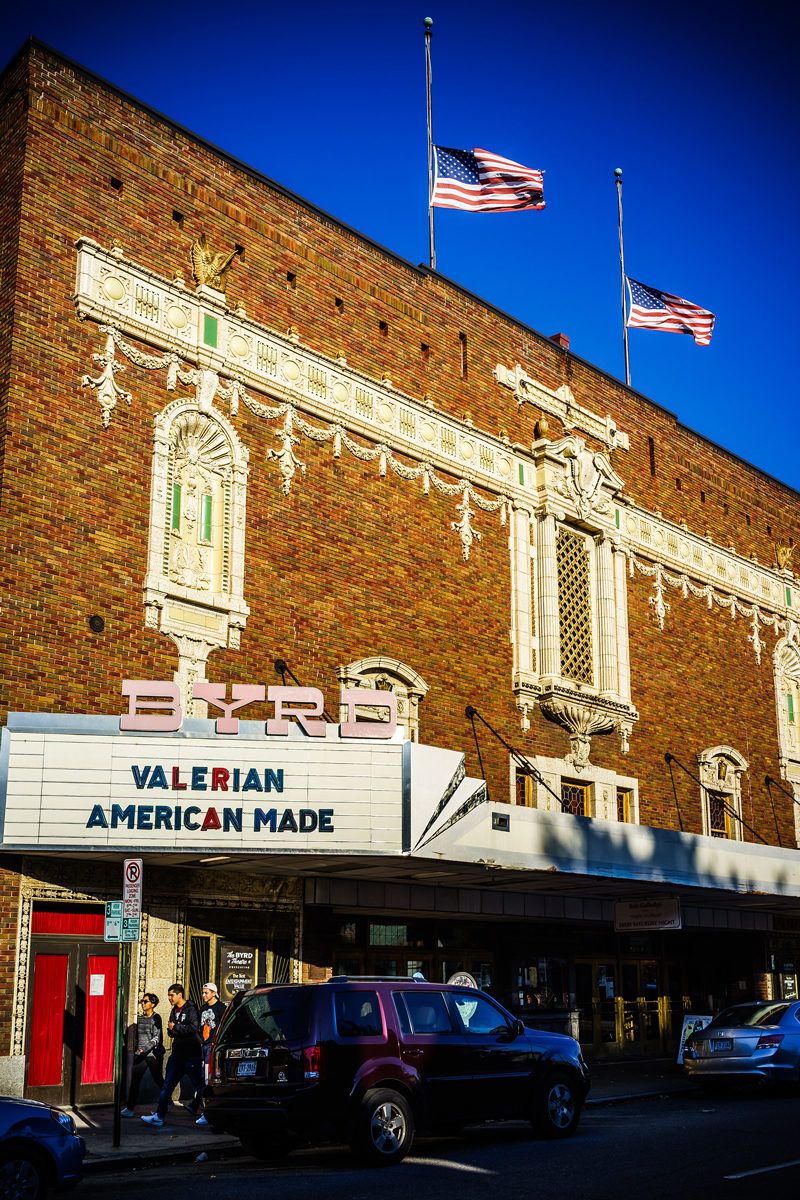 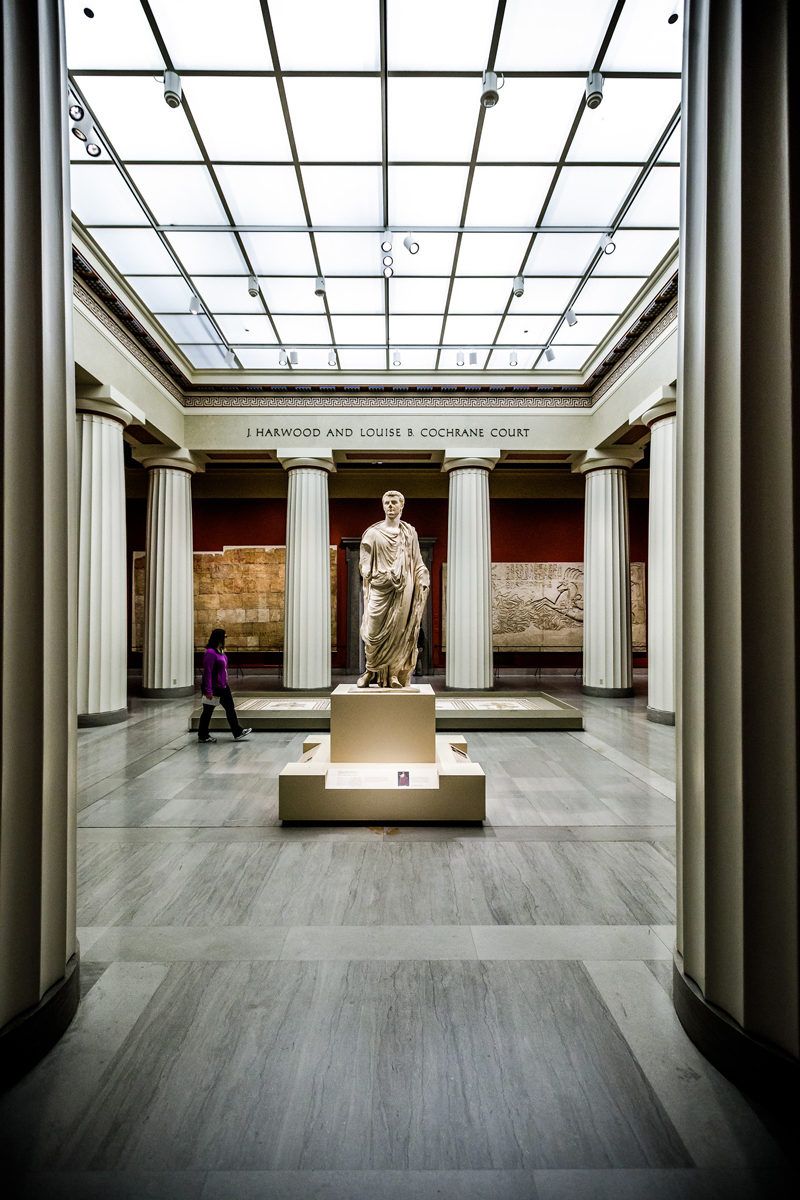 Things to Do in Richmond, VA – History & Sightseeing

If you’re a history buff, you’re in luck: Richmond is packed with some of the best museums and historic sites in the entire state of Virginia. Here are a few highlights from our visit!
VMFA: The VMFA was one of my favorite spots to visit when I was in college, and one of my favorite art museums on the East Coast (fun fact: the VMFA ranks as one of the top ten comprehensive art museums in the United States!) In addition to their extensive permanent collection, they also have some of the best special exhibits come through the state. A couple of years ago, they were the only museum on the East Coast that housed the Yves Saint Laurent exhibit. I always keep an eye out for new exhibits coming to town at the VMFA and often plan my Richmond trips around them.
Maymont: Maymont is a grand estate that has a little something for every kind of history lover. It features a historic house museum, an arboretum and formal gardens, wildlife exhibits, and a Children’s farm. I’ve been multiple times, and every experience has been different!
Byrd Theatre: The Byrd Theater was built in 1928, and is considered both a State and National Historic Landmark. It’s one of the most stunning theaters I’ve ever been in, and they’re open 365 days a year. My favorite thing about The Byrd? It was one of the most budget-friendly entertainment options I had as a college student. You can catch a daily movie for only $4, and catch a special show or movie screening typically for less than $15. 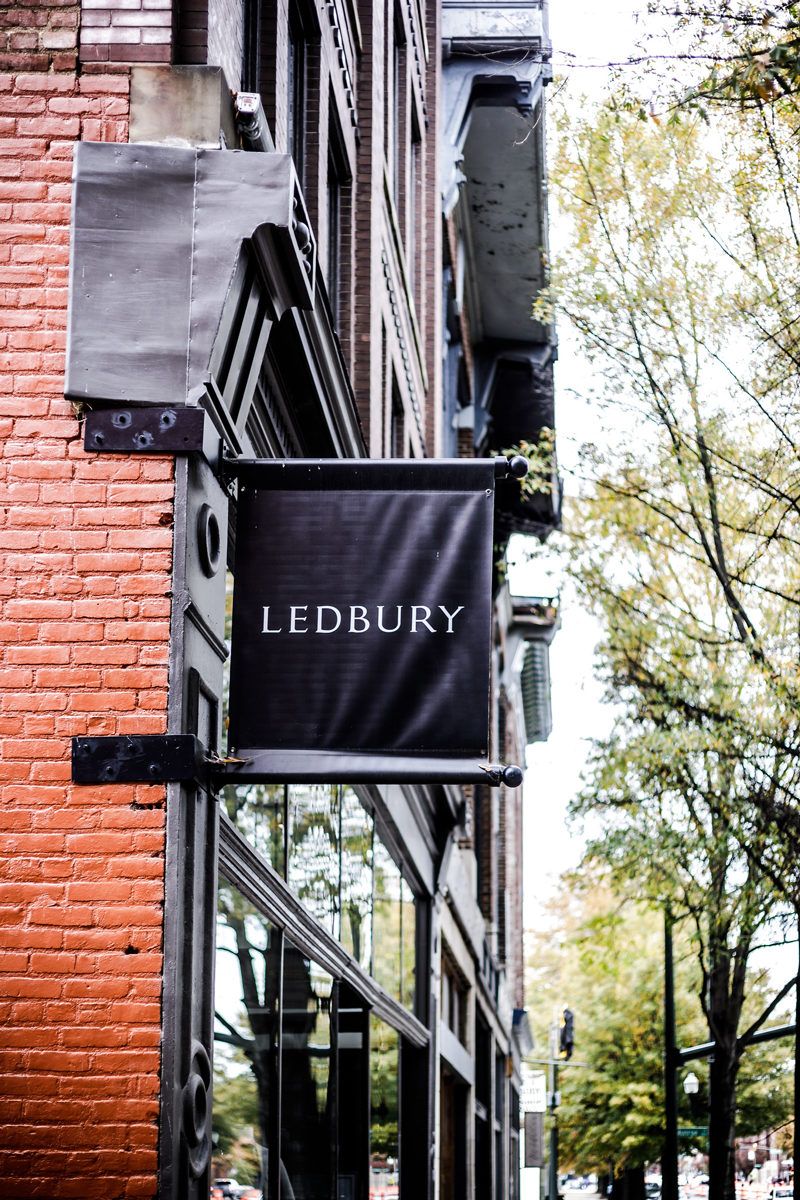 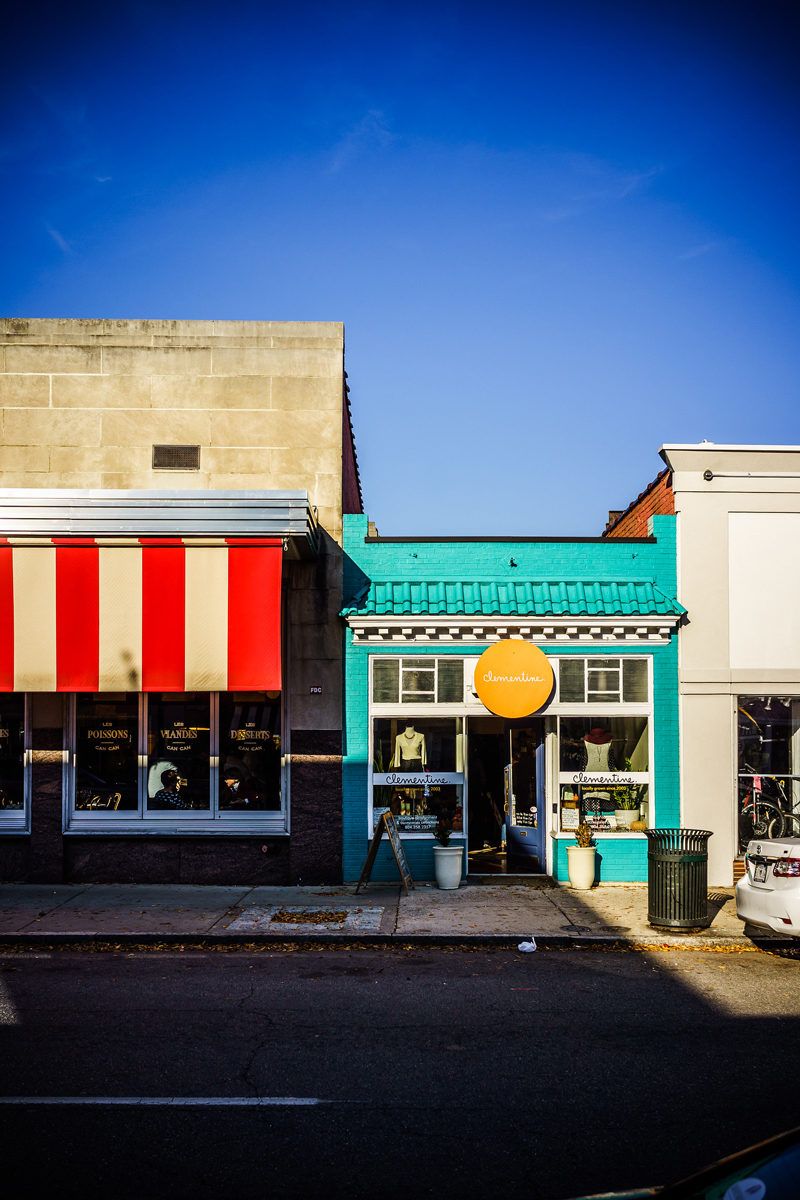 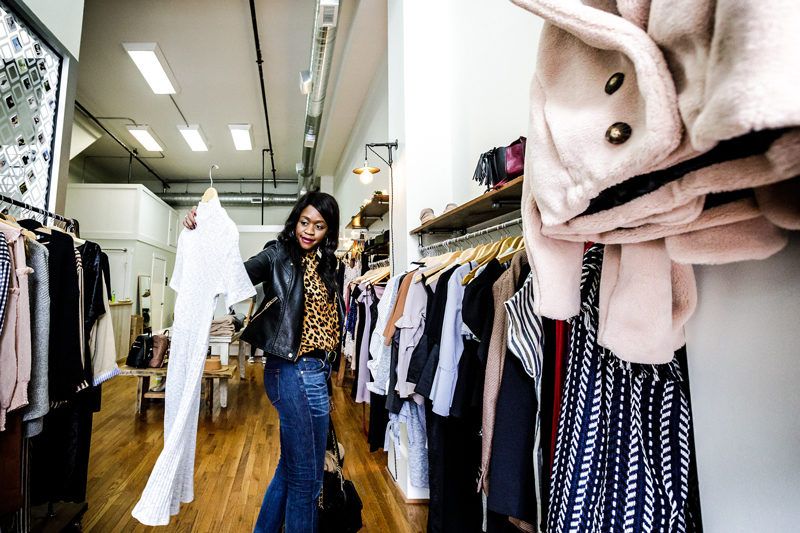 Things to Do in Richmond, VA – Shopping

Carytown: Every time I visit Richmond, I always squeeze in a trip to Carytown to shop the amazing boutiques in this district. My favorite store hands down is Need Supply, which offers a curated selection of men’s and women’s apparel and home goods. Clementine is my preferred consignment shop, Plan 9 is a fantastic record shop, and Mongrel is a quirky little gift shop.
Monroe Ward: I love seeing how much Monroe Ward has changed over a few short years. When I graduated from VCU back in 2013, the neighborhood was still up and coming. Now, it’s a hot spot filled with amazing art galleries, boutiques, and cafes. Mod and Soul is a charming women’s boutique that sells trendy pieces at a great price point, Ledbury is a locally-owned shop that offers luxury men’s shirts and accessories, and Blue Bones Vintage is my go-to spot to score one of a kind vintage pieces. 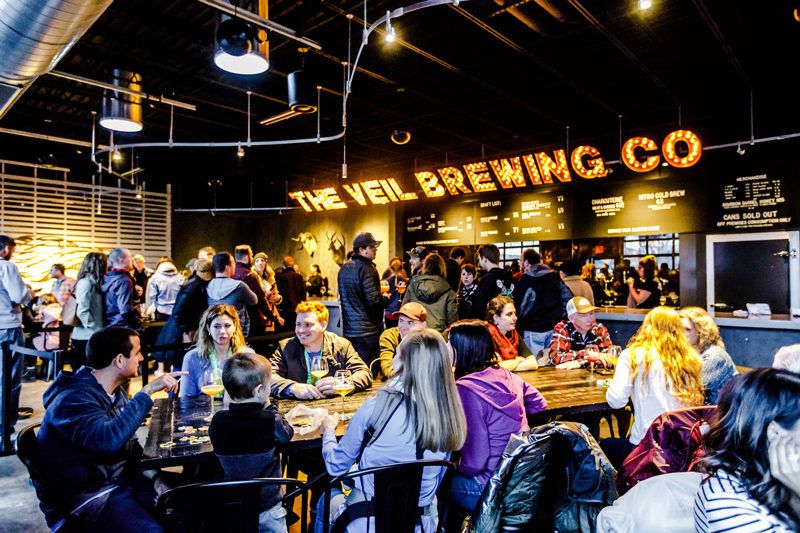 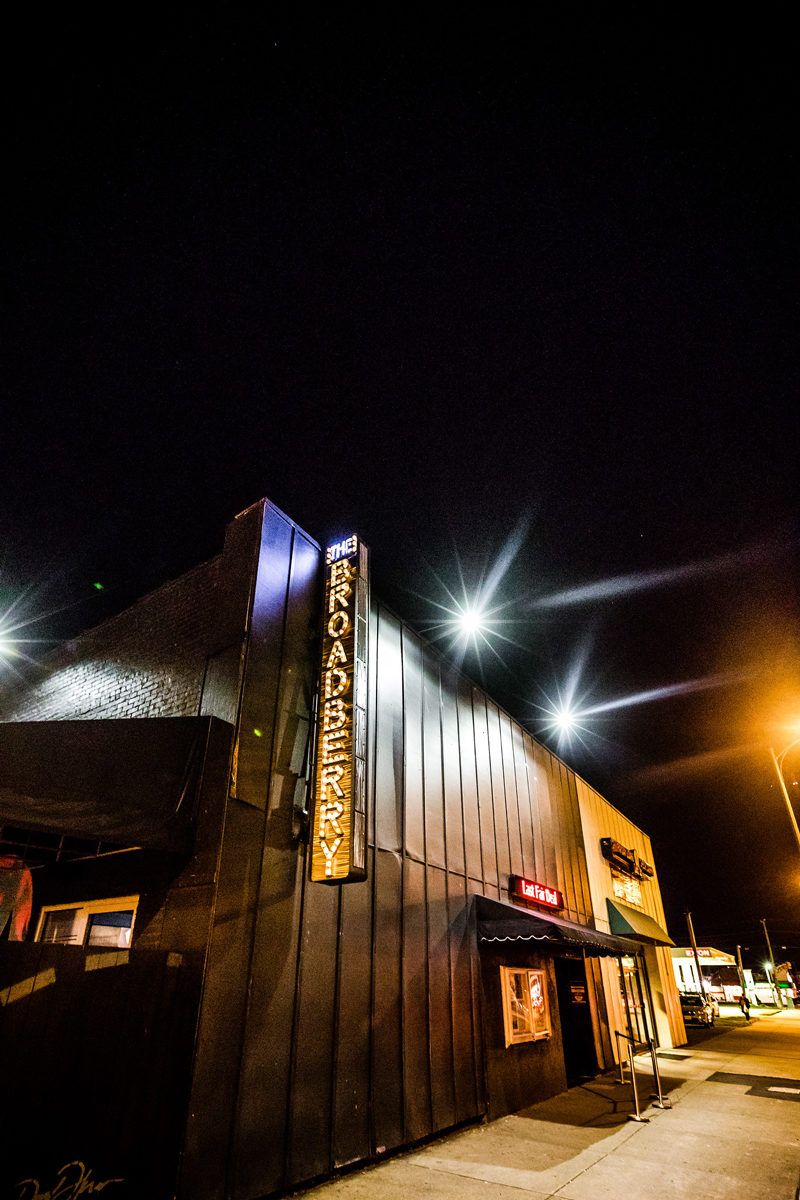 One thing that’s major in Richmond right now? Breweries. I’m going to publish another article that explains the food scene more in depth, but here are some of my favorite nightlife options:

Things to Do in Richmond, VA – Eat 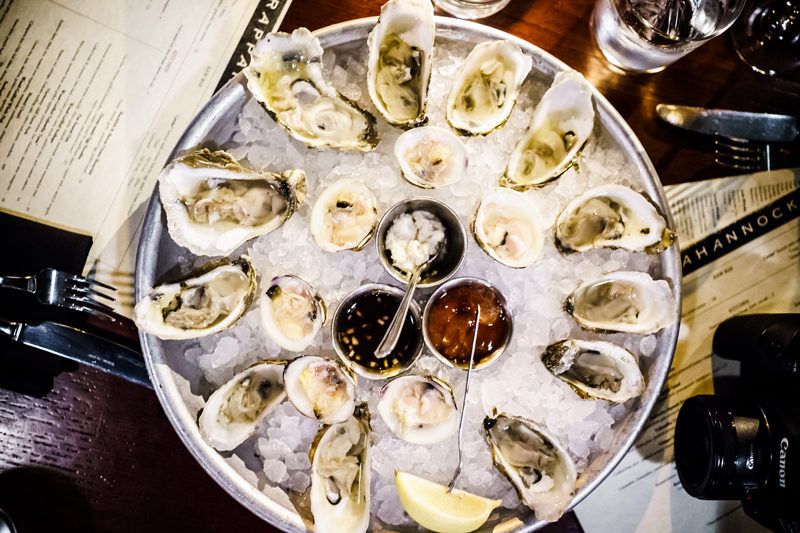 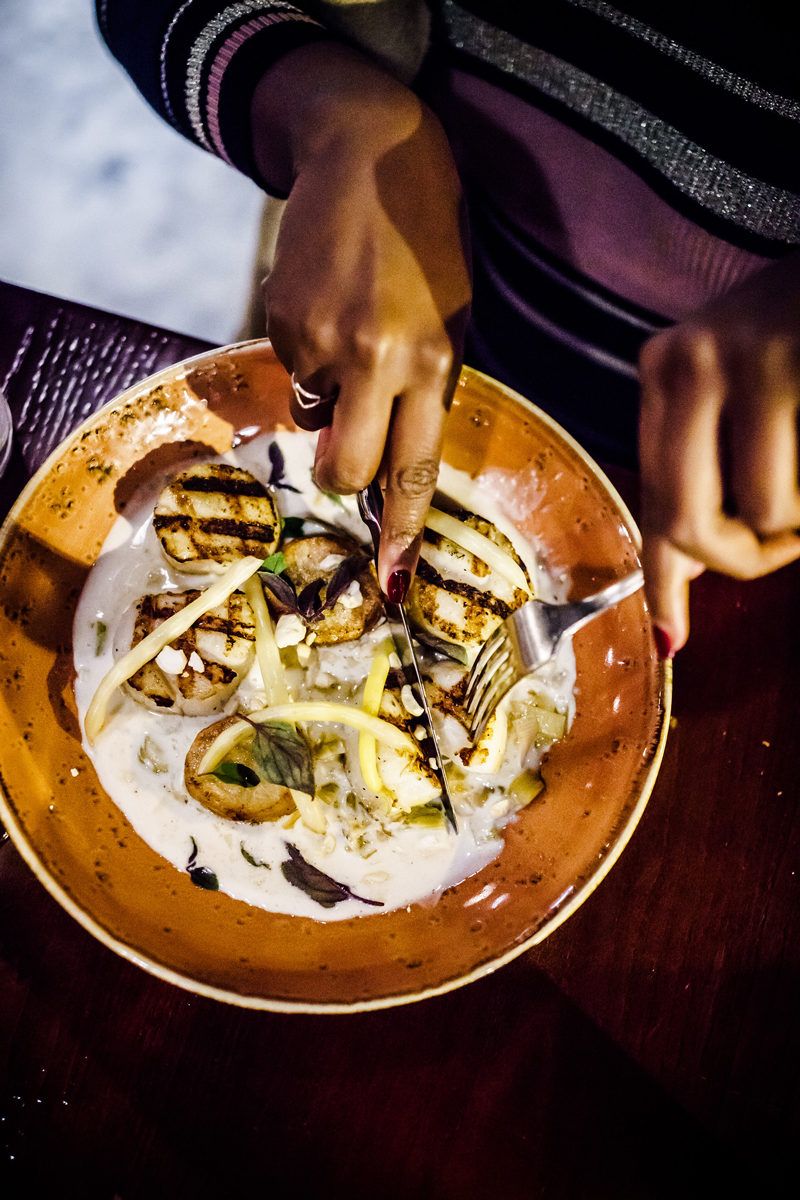 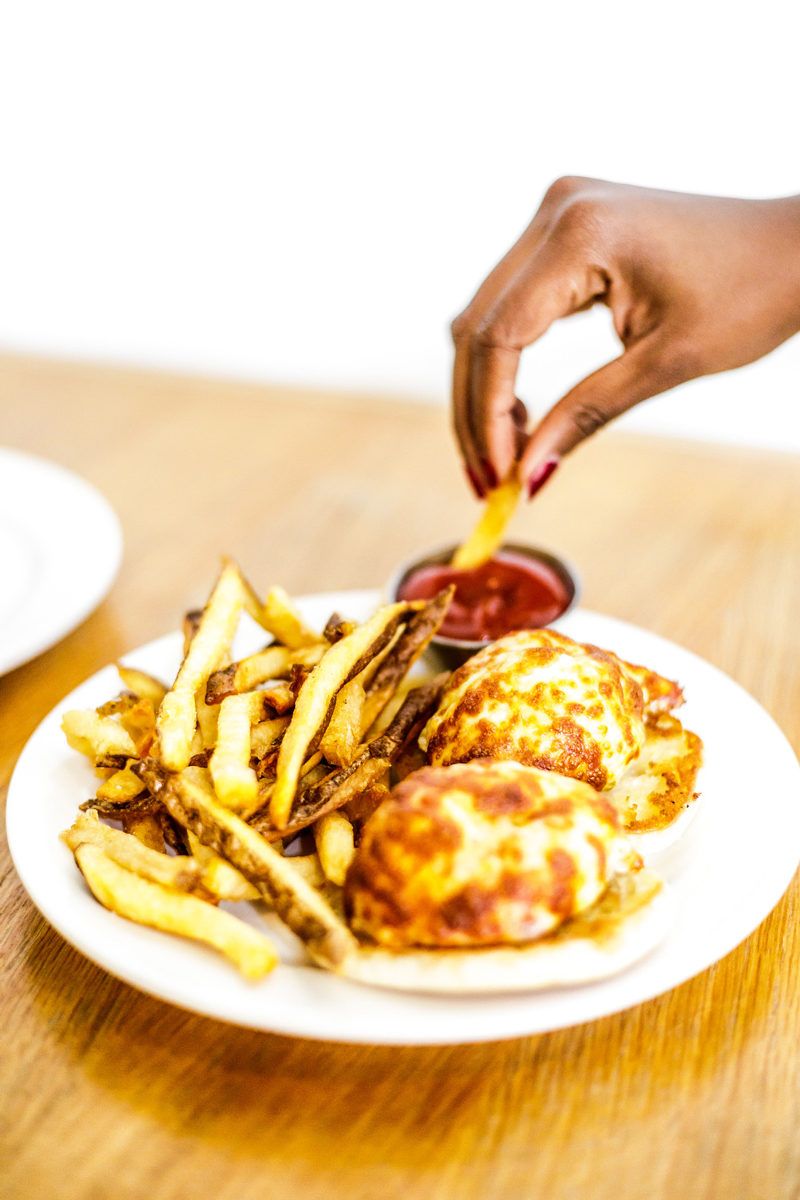 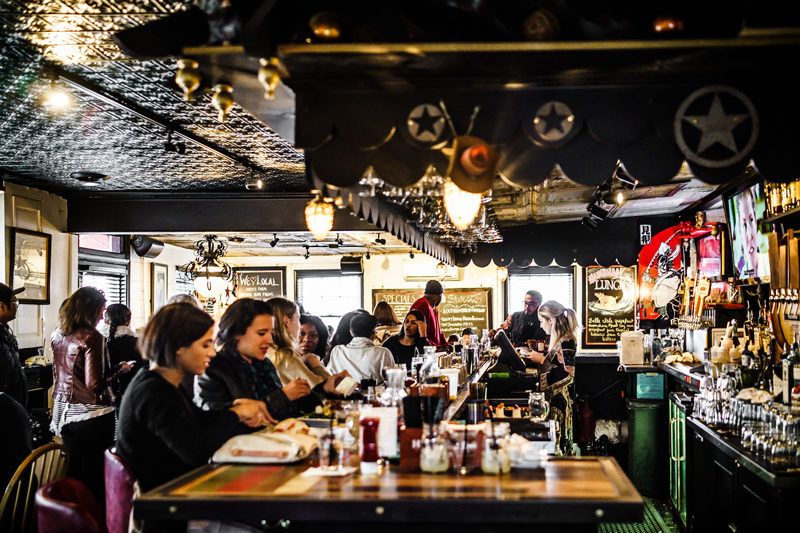 As I mentioned earlier, the culinary scene in Richmond is insane. I’ve decided to publish a separate article in the future that will share in-depth details about these restaurants, but in the meantime, here are some spots that I think you must visit.