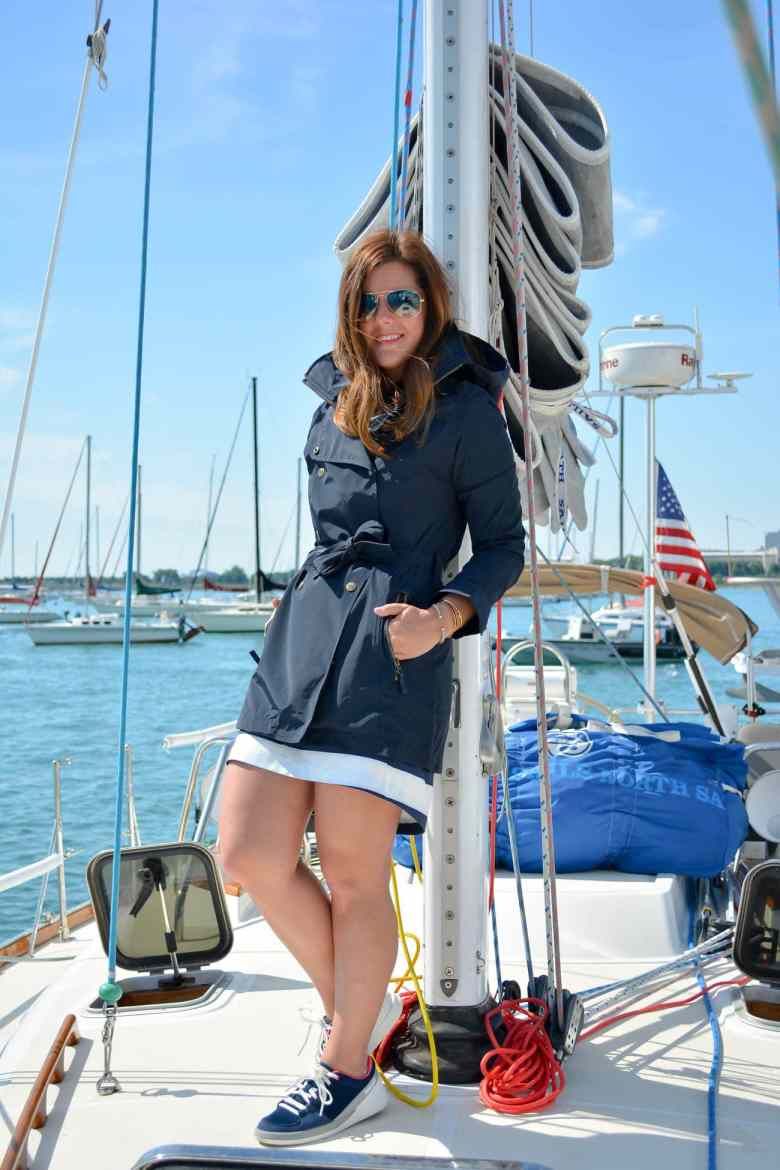 Fewer things say Summer to me than a casual afternoon on the lake.
This past Sunday marked the last day of racing for the Chicago Helly Hansen National Offshore One Design (NOOD) Regatta, the largest national sailboat racing circuit in the United States. More than 150 sailboats and hundreds of local and national sailors came together over four days on Lake Michigan for competition in one design races, where similar types of boats race against others in their own classes. Shawn and I had a front row seat for all the action as we spent Saturday morning with one of our favorite brands, Helly Hansen. 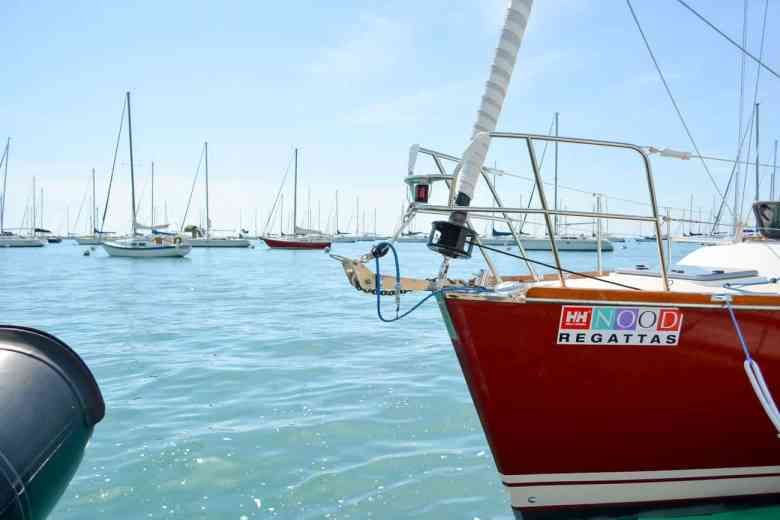 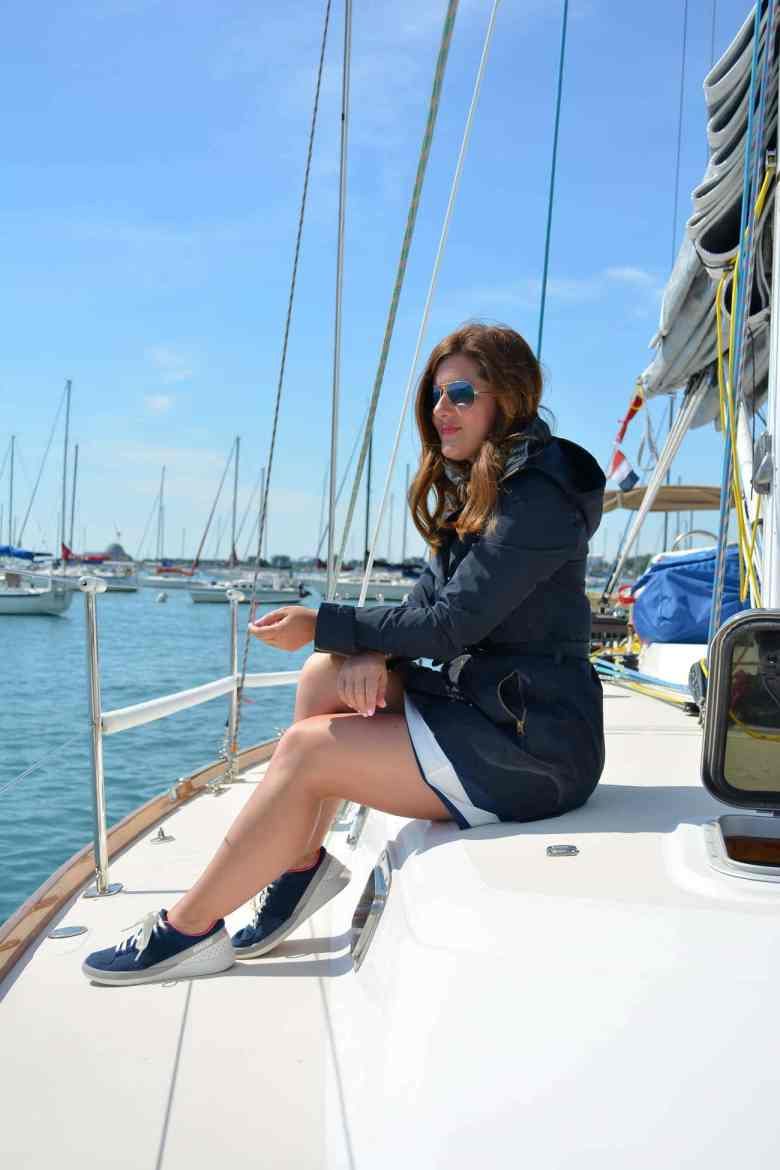 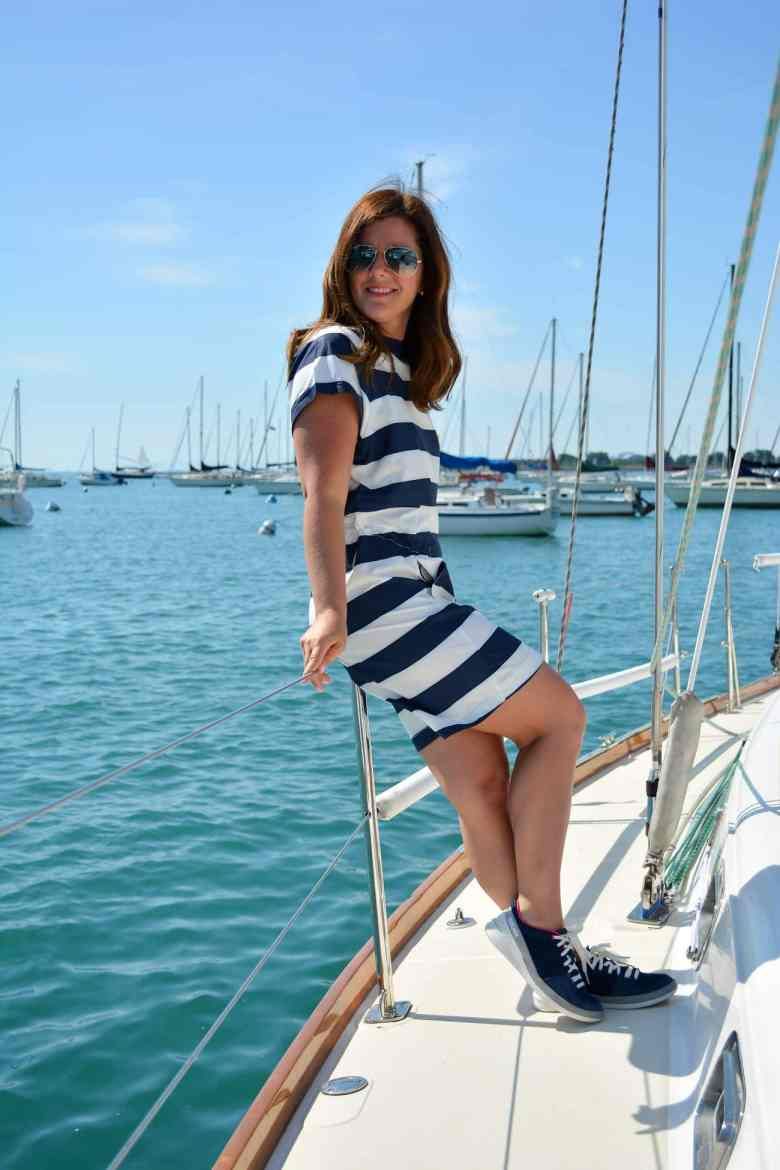 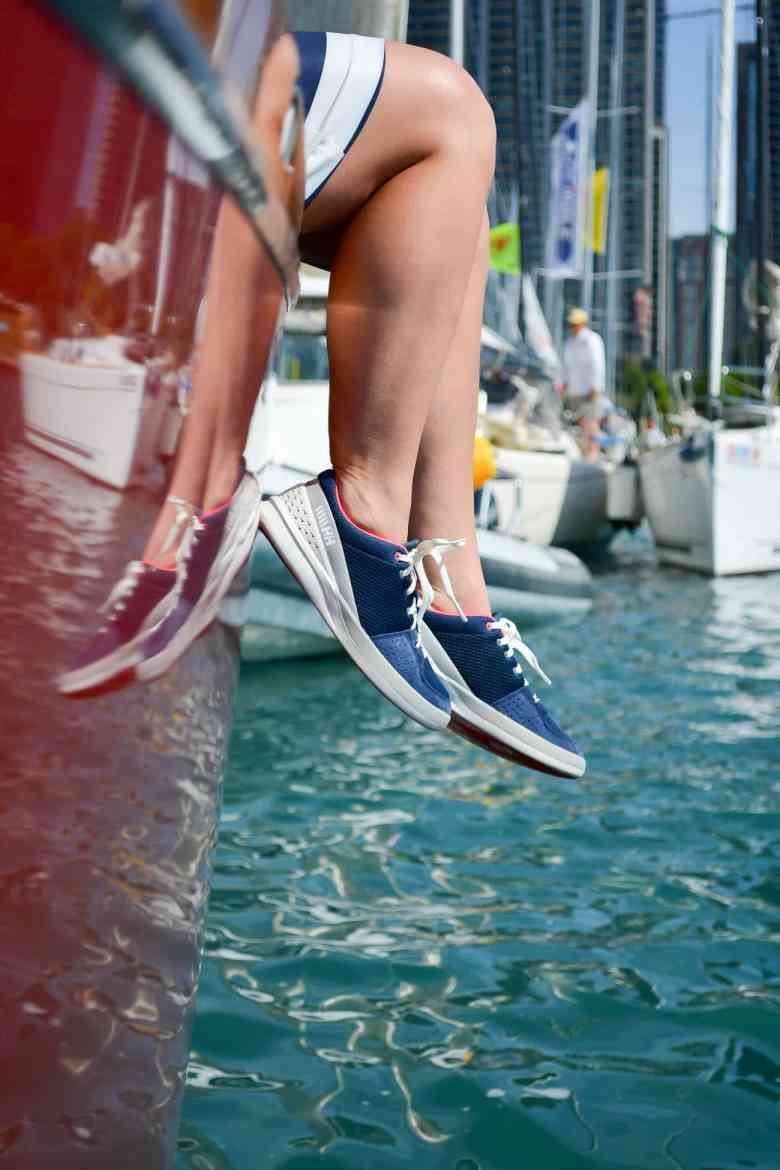 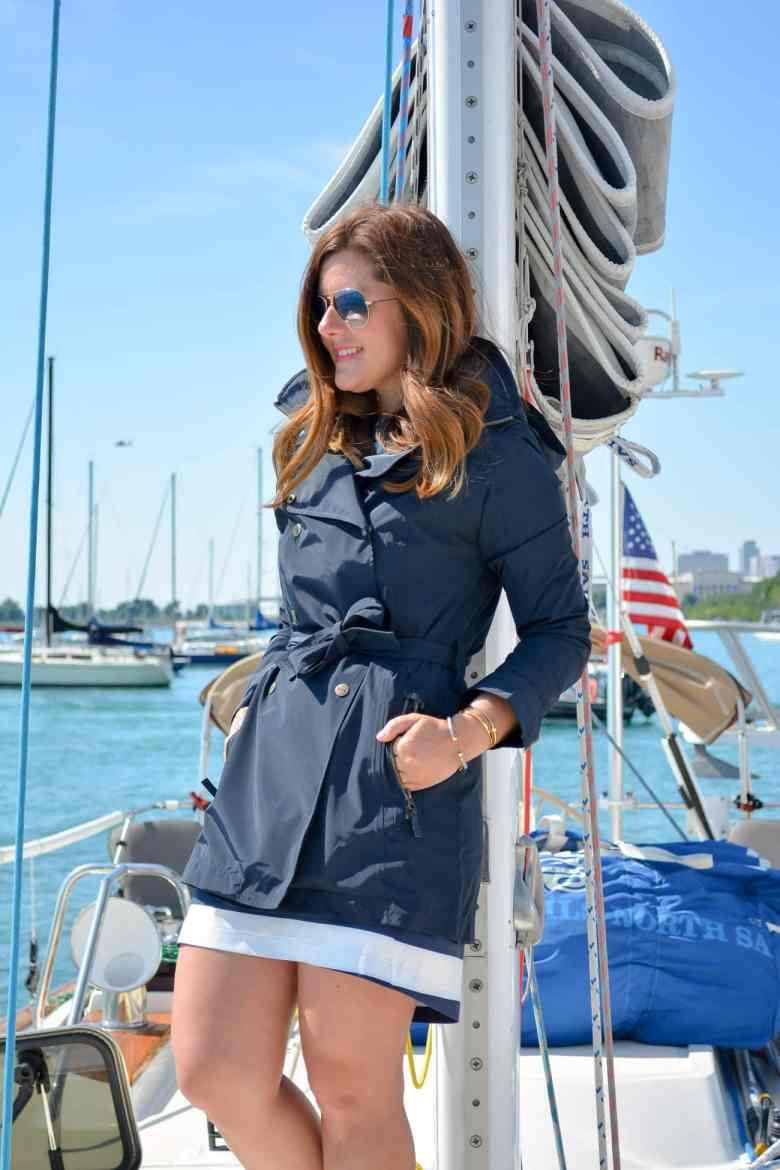 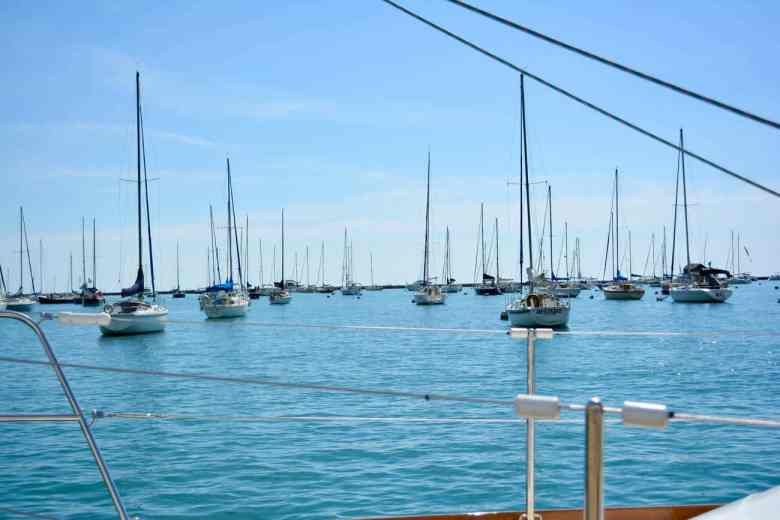 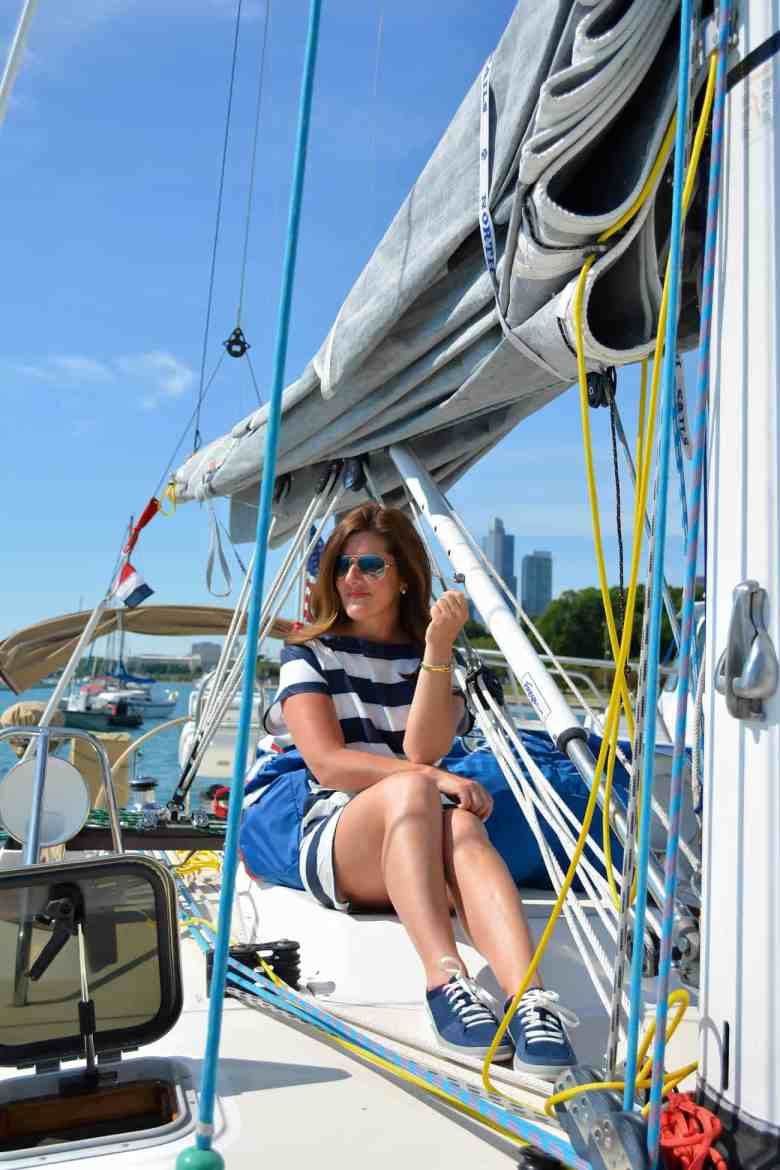 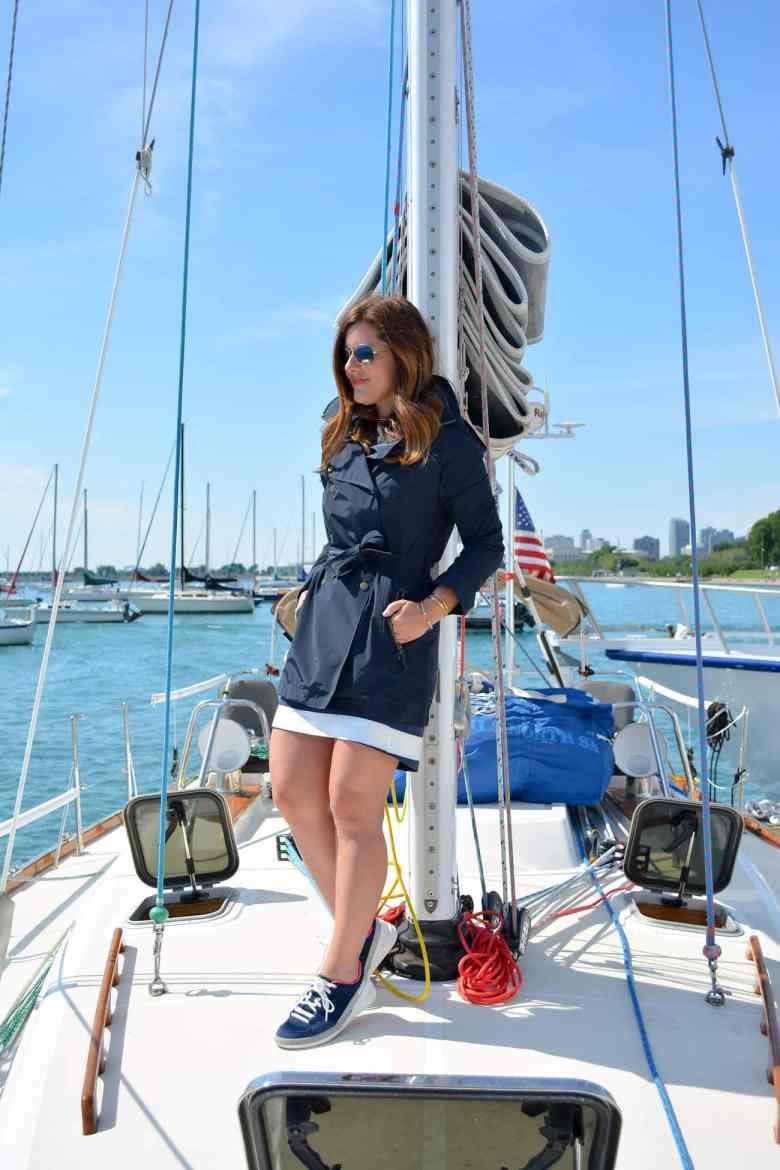 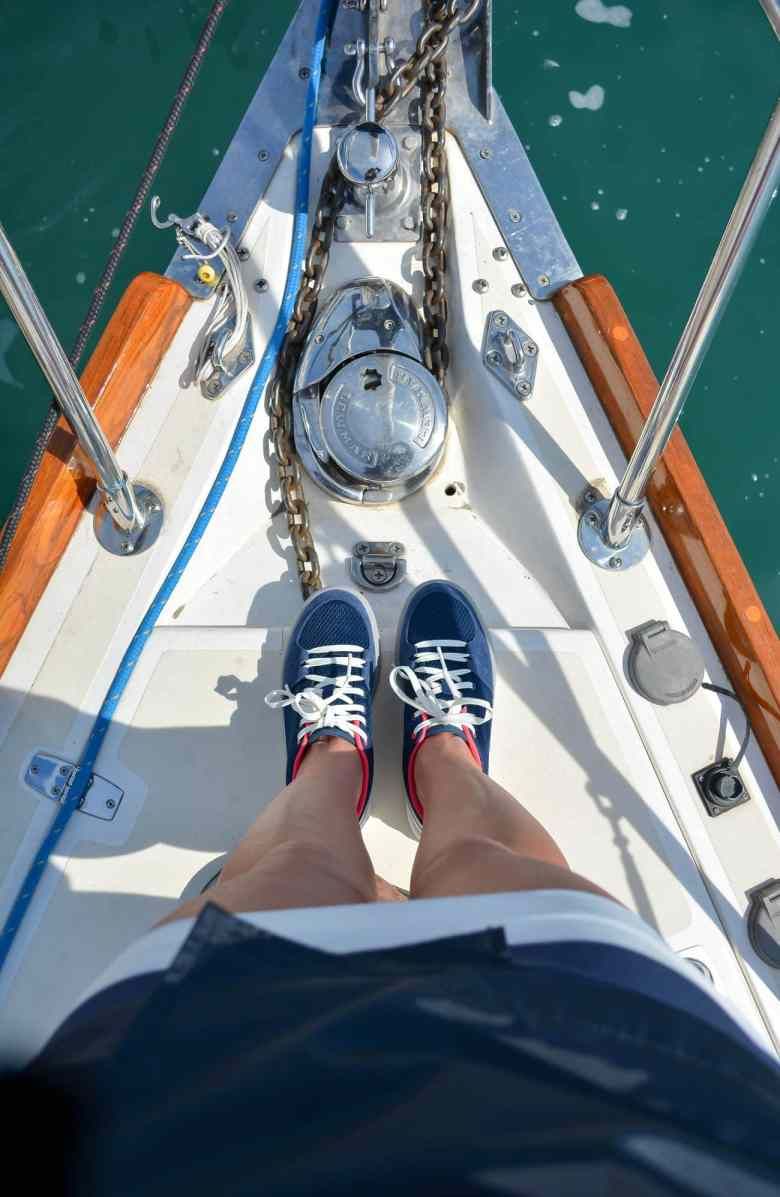 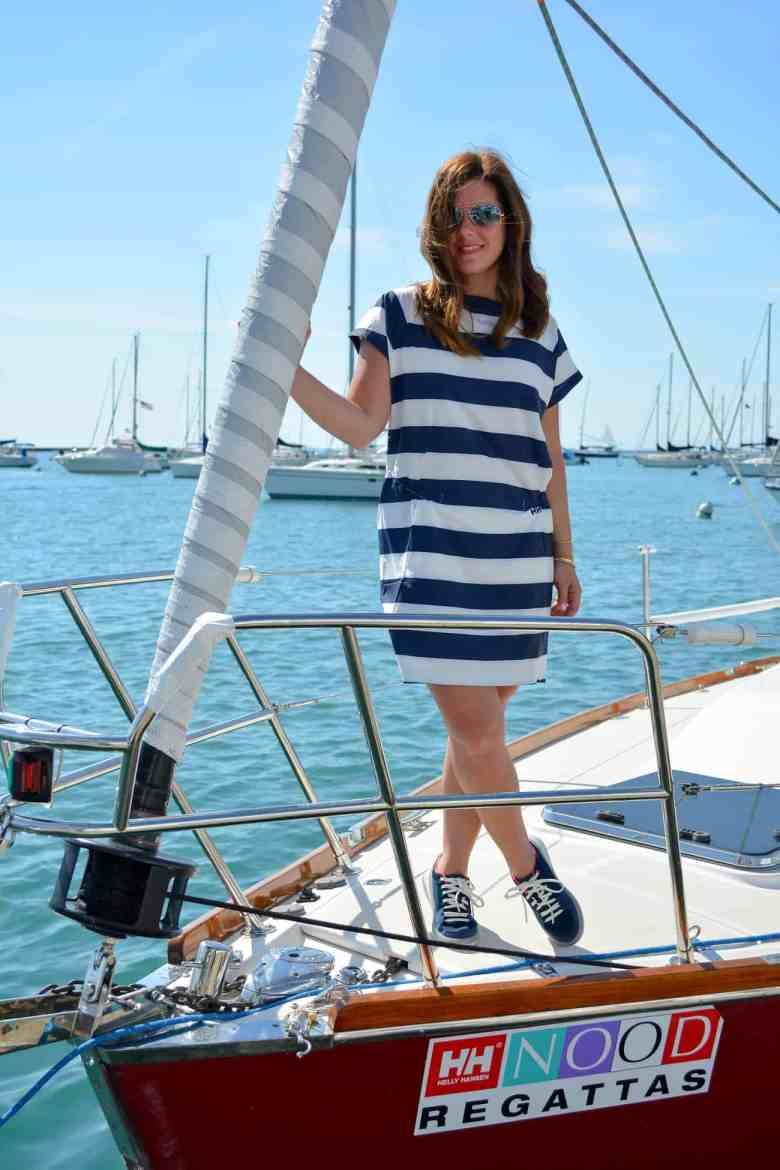 Helly Hansen Welsey Trench Coat c/o || Helly Hansen Thalia Blouson Sport Dress c/o || Helly Hansen Sneakers c/o
The weekend was absolutely gorgeous.  After a few hours delay Saturday, the wind came in strong enough to sail two good races. Skipper Bradley Faber of Owassa, Michigan, and crew of Utah won the opening race. Though the challenging conditions produced close racing, Chicago local William Smith and crew aboard the Wooton (who placed third in the first race) emerged as the leaders after day one.
Sunday, we were also so excited to see the first-ever Helly Hansen Junior Crew, comprised of four local teenagers, competed against the pros in the J/70 class. They finished 19 overall.
The overall winner, chosen based on the strongest finish in the most competitive class, will receive an invitation to compete against the winners from the other four series stops at this year’s Helly Hansen NOOD Regatta Championship, hosted by Sunsail, in the British Virgin Islands Oct. 22-28. The winner of the North American Championship will also be announced at the culmination of the event on Sunday, June 19. Sign me up for a front row seat at that competition, please!
With the weather as perfect as can be, being on the lake was exactly what Shawn and I needed to get us back to zero. If you had an opportunity to read the ‘rainy day style’ post we did a few weeks back, you know we are big fans of all things Helly Hansen.
To launch sailing season in Chicago, we invested in our nautical style with this light weight striped dress and sneakers.  Let me tell you, this dress is the most comfortable one I now own. It was so lightweight – almost feeling like silk. When the cool winds picked up a bit in the morning, this trench jacket was just the ticket to fight the temperatures, but equally breathable enough when the day heated up.  Their gear is a true go-to for all seasons.