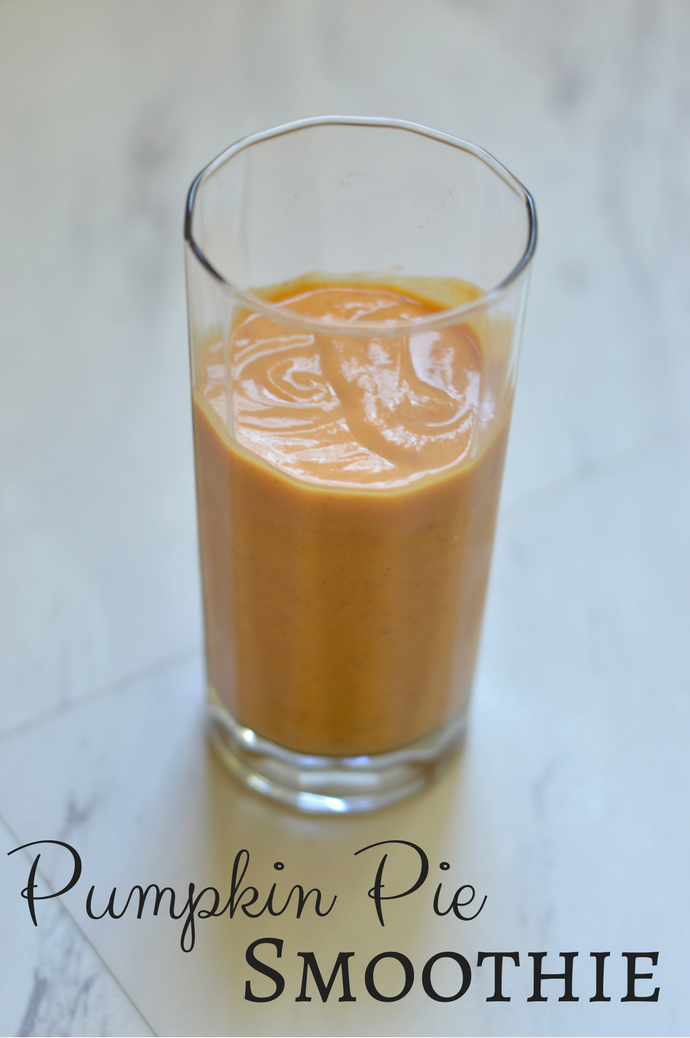 Now that it is October and pumpkin season is in full swing, I thought it was a great opportunity to incorporate another pumpkin recipe into the mix. After making these pumpkin waffles a few weeks ago, I’ve been on a real pumpkin kick. I don’t want to say pumpkin overload, but I feel like I’ve been consuming a lot of pumpkin lately. But what better time of the year for it! I’m also excited to share this Pumpkin Pie Smoothie in picture and video form! 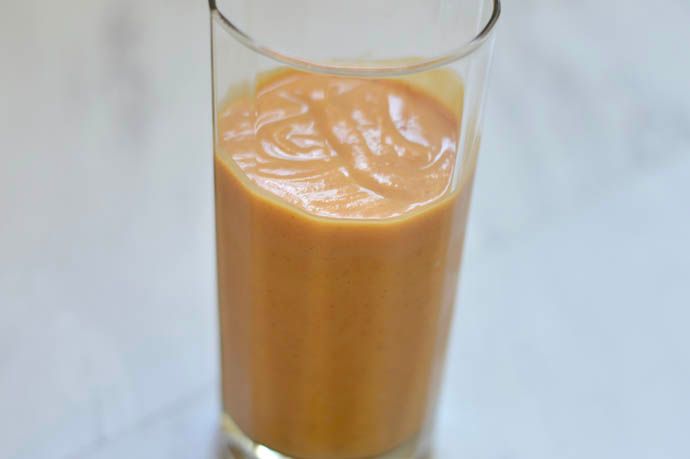 Growing up, one of my favorite things about fall was Dairy Queen’s release of the Pumpkin Pie Blizzard. My mom and I would get so excited for this blizzard. That creamy pumpkin treat is just too good! Needless to say, Pumpkin Pie Blizzards are not the healthiest. When planning out fall recipes, I wanted to create a version of the Pumpkin Pie Blizzard that was healthier. I settled on a Pumpkin Pie Smoothie since smoothies and blizzards have a similar texture.
Now, it isn’t a direct clone (how could you clone that amazing creamy ice cream!) but flavor-wise, it’s pretty delicious! I couldn’t recreate the pie crust pieces that are included in the original blizzard, but this is Pumpkin Pie Smoothie is yummy, healthy replacement.
Now, for the exciting news! I am always trying to think of new and different ways to make A Blonde’s Moment better and incorporating video into my daily posts has been on my list for a long time. After a few weeks of figuring out the editing software, I have the entire recipe in a video below! I’m working on a YouTube channel and once that is up and running, the videos will be there as well. Nothing too fancy on this first video. I’m still learning but I hope you enjoy it. I would love to know what you think of this latest recipe feature! Going forward, I don’t think every recipe will feature a video, but I’m hoping to film a lot more recipes.
Music by HookSounds
Thanks so much for reading and Happy Tuesday, friends!
….
Print Recipe
Pumpkin Pie Smoothie
A healthy fall pumpkin treat!
Instructions