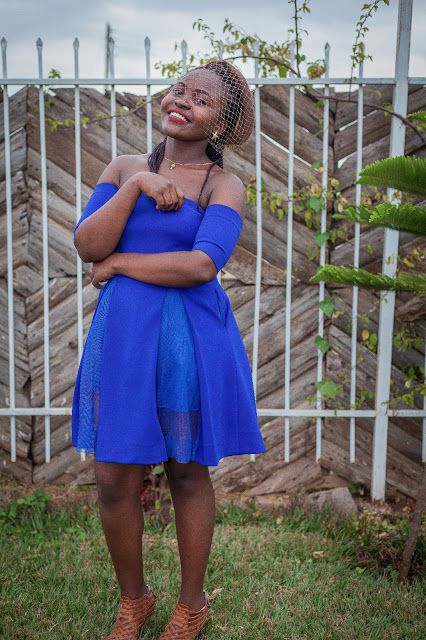 Greetings to you, all who grace the blog today with your presence.
I hope you have been faring well, that despite all you feel blessed.
After such a drought here on the blog, there seems to be hope for it's future after all. Hope which I had lost hours after my daughter passed away exactly 5 months ago. In the moments that followed her sudden demise, I had nothing else to do but reevaluate my life. One of the things I considered was taking down this blog and all my social media,because for a while I struggled to reconnect with the person I was when I started the blog. Instead, I decided to just put a pause on everything until I was thinking clearly because back then I was too overwhelmed by grief and my first instinct was to shut down everything.
Now, am thinking clearly and I see why I started the blog. I love fashion. However, in the future the blog might be a bit more diversified. Believe me, I still want to look pretty, wear nice clothes, take pictures and post them here. But in the last five months, I've learned that I should be driven by more. At first it might have been the drive to have a nice blog that was recognized. Now it's about having a positive impact on someone in whatever small way.
Speaking of a positive impact, let's shift to this blue dress and the power it had over my mood. Although the fascinator played a major role too.
I wore this dress to my cousin's wedding some two months ago.
Now, everyone had been excited about my cousin's' wedding since last year, long before I was pregnant. Then I got pregnant (with that went my chances of being a bridesmaid) and after doing my math I figured that Ivy would be about 3 months during the wedding. It would be like her debut to the family since at that point I could trust her immune system to fight bacteria out there with so many people, plus the entire extended family would be in one place. I had such huge plans for her on this date,she would have been my cute little accessory.
Then my plans crashed and burned.
The wedding day didn't seem as important anymore. I actually didn't see any reason to attend. It would be the first time seeing my extended family, majority of whom had last seen me at 8 months pregnant and I didn't have the courage to face them at all. I didn't want to be put in an awkward position with questions I couldn't answer or crying every time I saw babies. My heart was just too weak for it.
A few weeks to the wedding, it occurred to me that there was a way I could get through it comfortably. I would go to my tailor and get a dress made. At first, I was more into the design so black was the default color. I am convinced that I am shades lighter in black, which is why it's usually my first color choice. When I got to my tailors', I ended up with four color choices: black, red,  blue and yellow. Long story short, I picked the fabric I wanted then asked her to buy it in a dark shade of blue.
That's how I ended up in this blue dress. I did not realize the role it played on my moods till I reflected back on my day and saw just how happy I was. Somehow, I drew my strength from this dress and my entire look. I was all smiles and laughter: there was no room for grief or sadness at all. I ended up having a great day in a place that I'd thought would torment me. In that moment of reflection, I remembered an article I once read where color blue was said to bring calm and happiness. I'm not sure if it still stands for the same today,but I choose to believe that this little dress in blue was my greatest source of joy on this day......the fascinator too.
To tone down the dress and the sheer pleats, I chose to pair it with brown and nude tones.
Don't even ask about the accessories, because my accessory game isn't so good....I hope to improve that in future.
On a lighter note, the only reason I even have pictures (despite arriving late) is probably because I might have harassed the wedding photographers to take a picture or two, because nothing was going to bring me down. But am grateful that they did me this favour because I like the memory attached to these pictures. 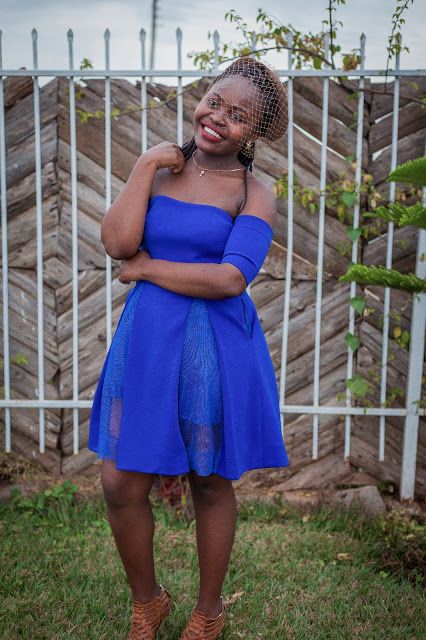 That is all for today loves.
It might have taken so many words to convey this simple message "Power in color: colors can influence our moods", but I hope you enjoyed the post.
Hopefully I'll post a little more often.
Thank you for stopping by and stay blessed.
Much love,
Linet
Back to blog