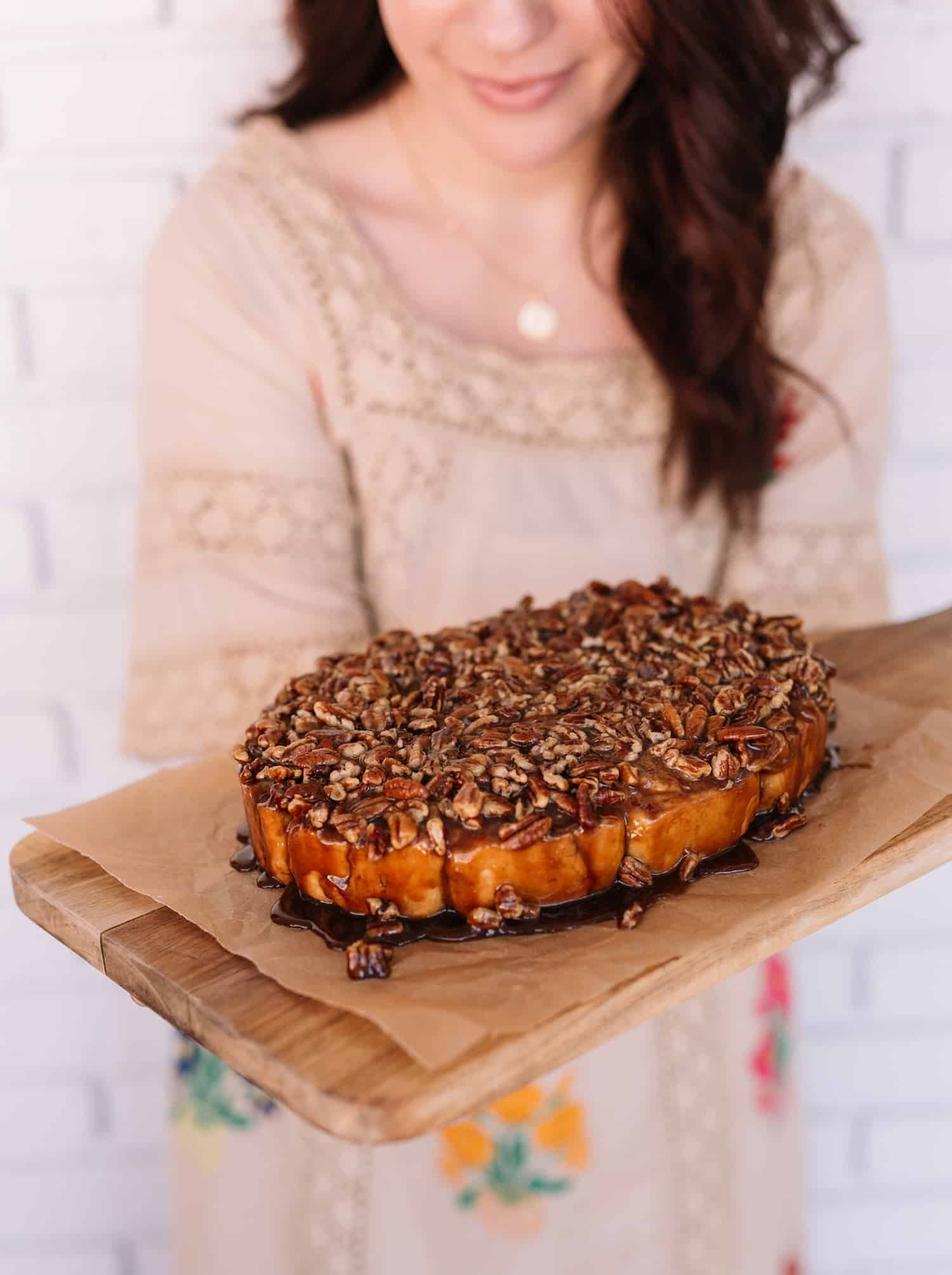 Even though we decided to do brunch for our Friendsgiving this year, that didn’t mean we skipped dessert. Far from it! Originally, I had been thinking I’d try to create some kind of cinnamon roll recipe, but then I thought, "You know what’s even better than cinnamon rolls? Sticky buns." It was a light bulb moment. (Yes, I have my light bulb moments around food ideas sometimes.) And that’s when I decided to work on pecan pie sticky buns for our dessert.
Really, sticky buns are not all that different from cinnamon rolls. The big difference is you bake these with the topping already on the bottom of the pan. Then you flip them out once done. Whereas cinnamon rolls you bake and then add a frosting to them afterward. Both are delicious but I must say, these pecan pie sticky buns really are very pretty in addition to being totally delicious. So they get a few bonus points for that. 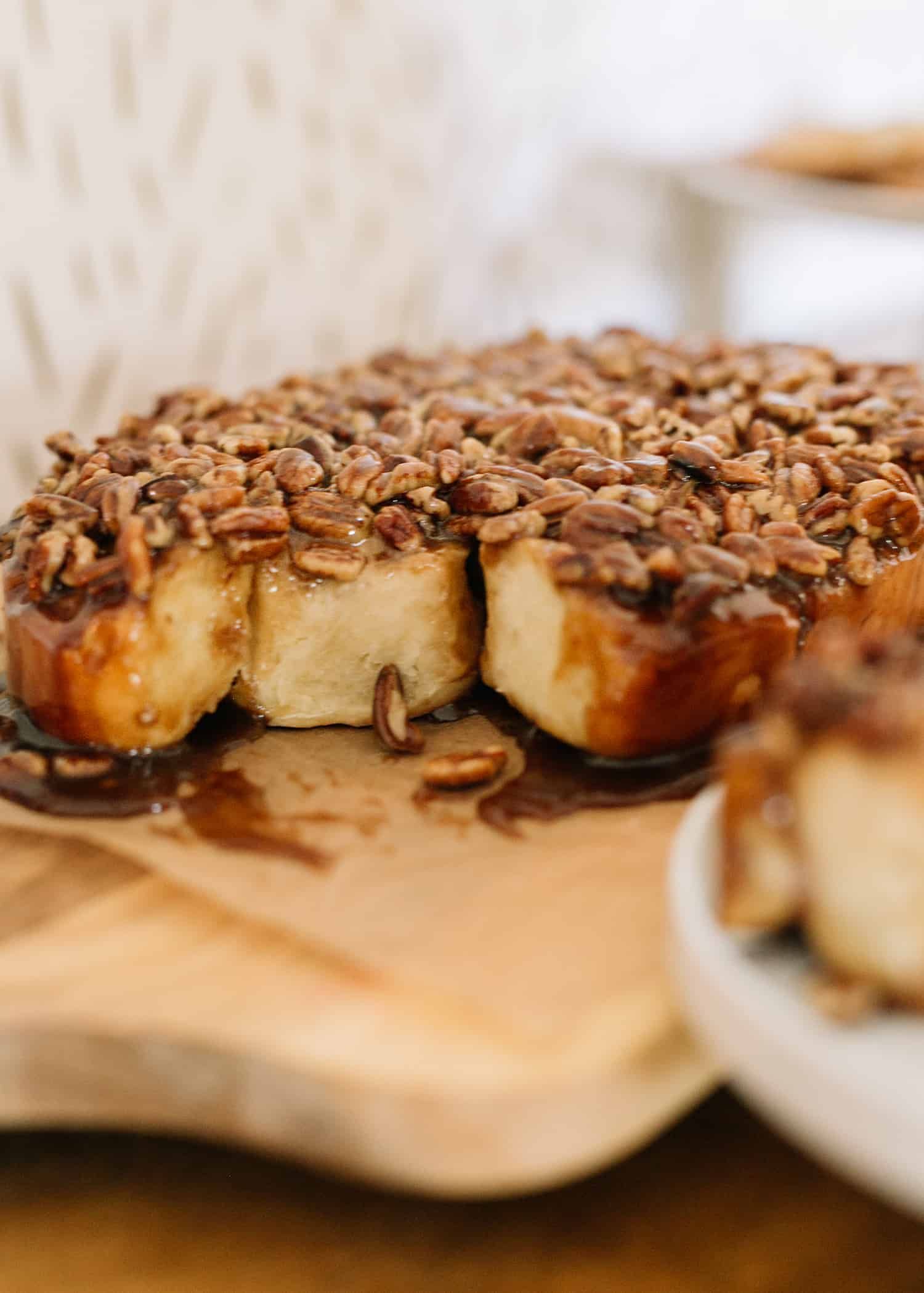 Another great thing about this sticky bun recipe is you can make everything the day before—even assemble the dough in the pan. Then, just bake the next morning and you’ve got sticky buns! I love make-ahead hacks so you don’t have to wake up super early in the morning to bake something. I want all the rewards of waking up early to bake sticky buns, without actually having to wake up early. So this is another great recipe for the holidays, including Christmas morning. 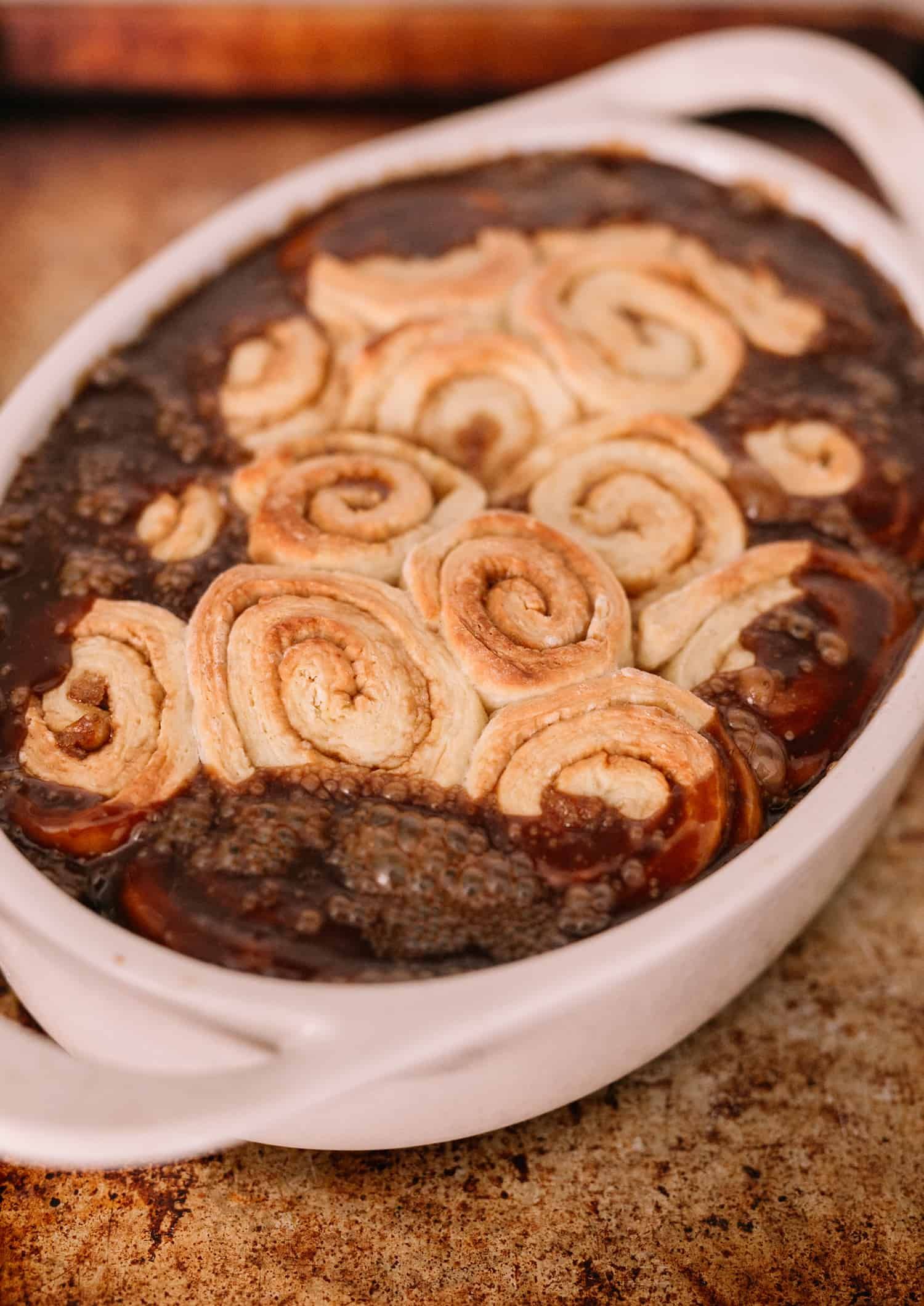 Here is what the rolls look like just out of the oven. When you flip them out onto a cutting board, you do want to be careful to not touch the hot pan to your skin (obviously) but also make sure the sticky topping doesn’t ooze onto your hands or arms because it will be VERY hot just out of the oven. It’s best to let this cool for about 5 minutes before flipping … but I know how hard it can be to wait, so just putting a little warning out there. 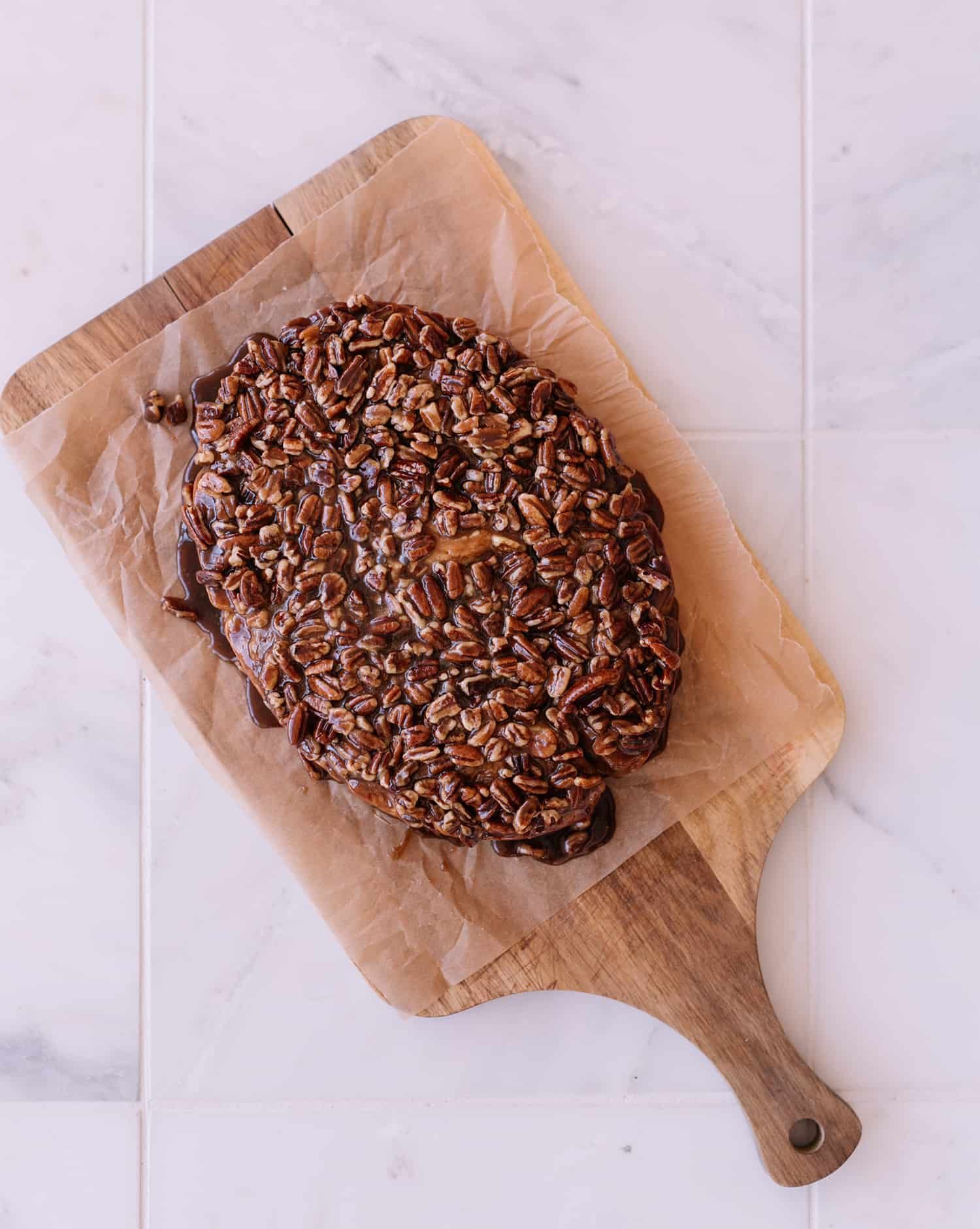 I love that the topping of these sticky buns really does remind me of pecan pie—perfectly appropriate for a Friendsgiving! That being said, if you want to swap the pecans for another nut, you absolutely can if needed. Enjoy! xo. Emma
P.S. I adapted this recipe from these sticky buns I made years ago, which was originally adapted from The Dahlia Bakery Cookbook.