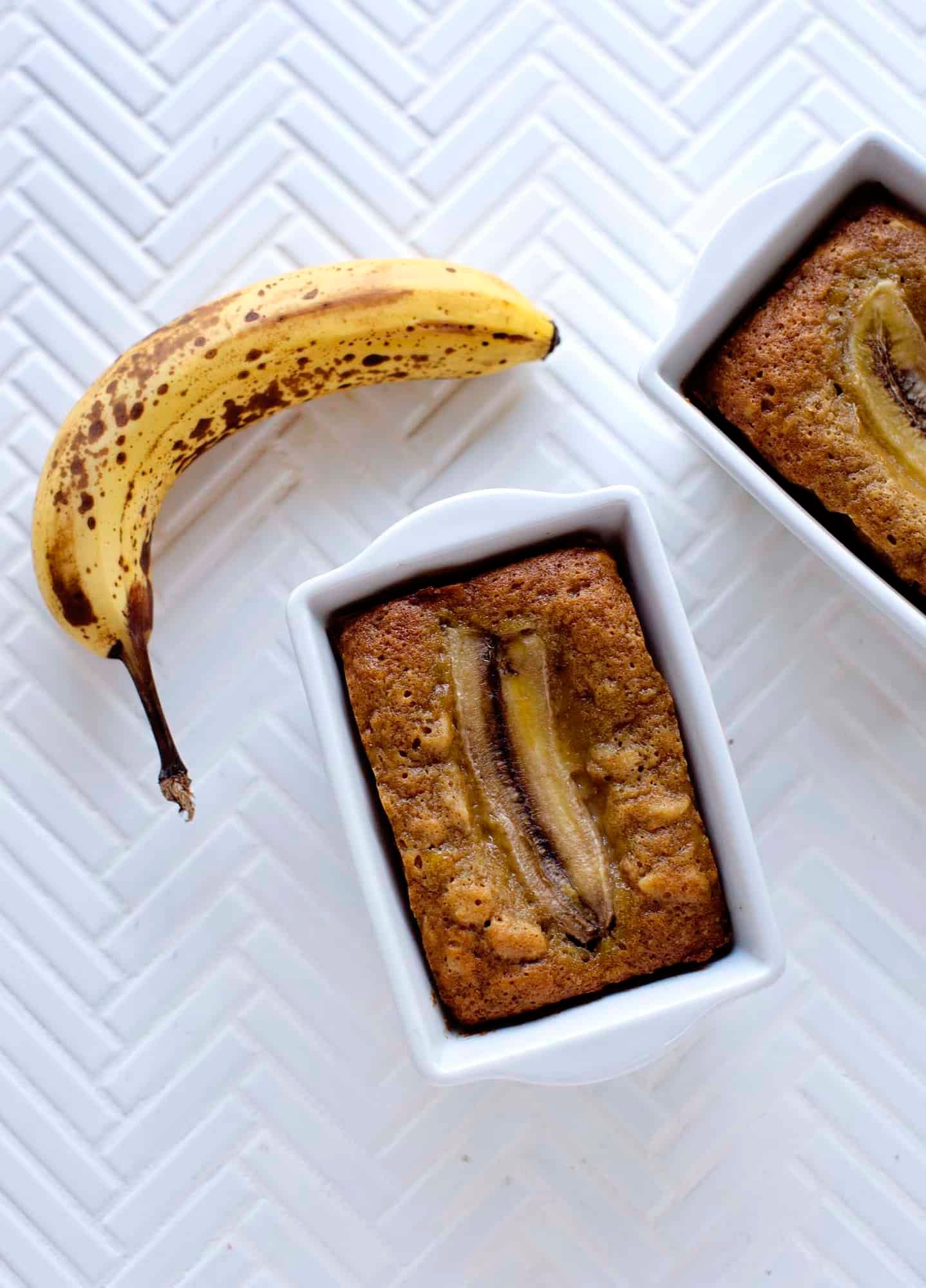 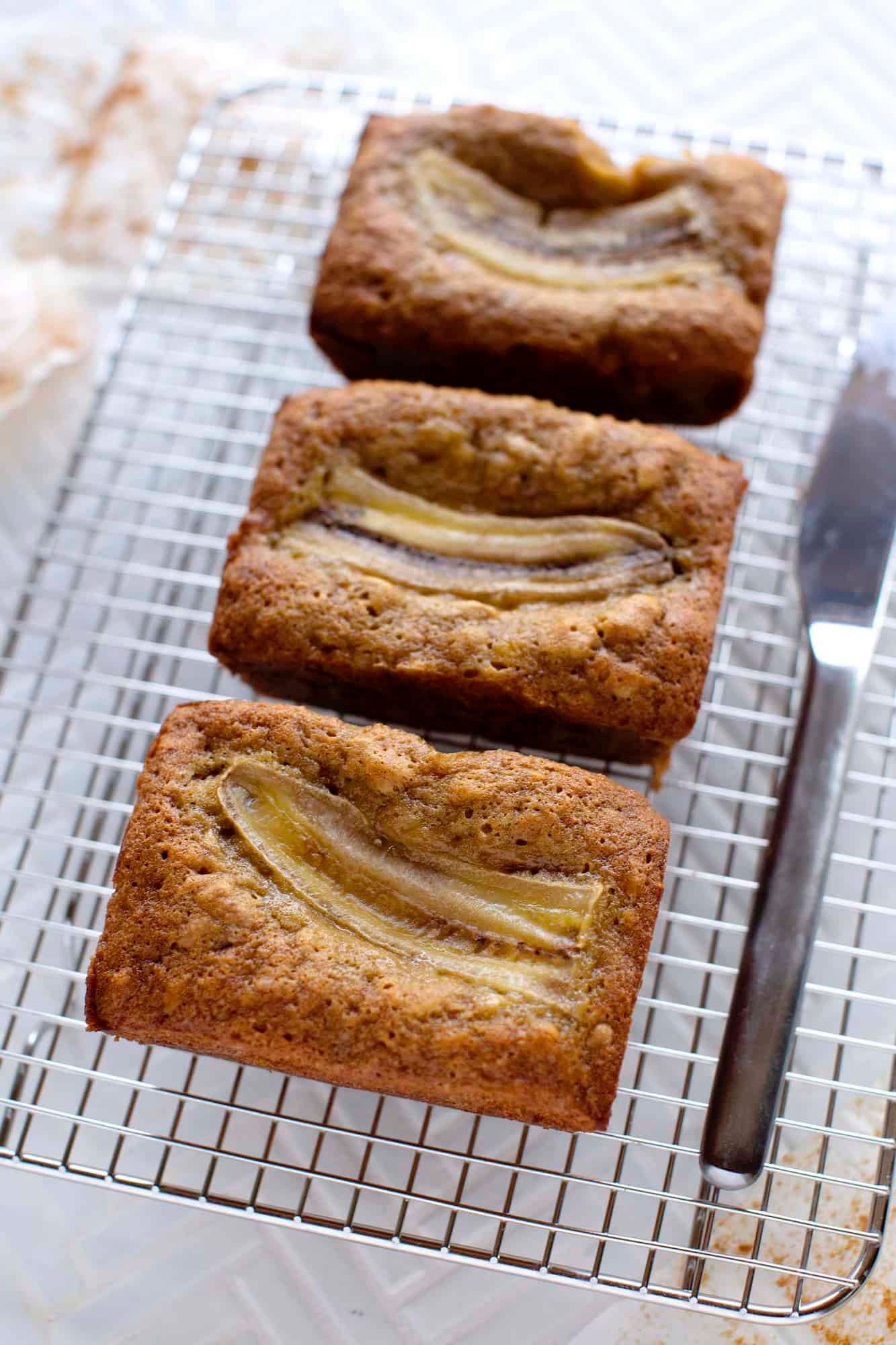 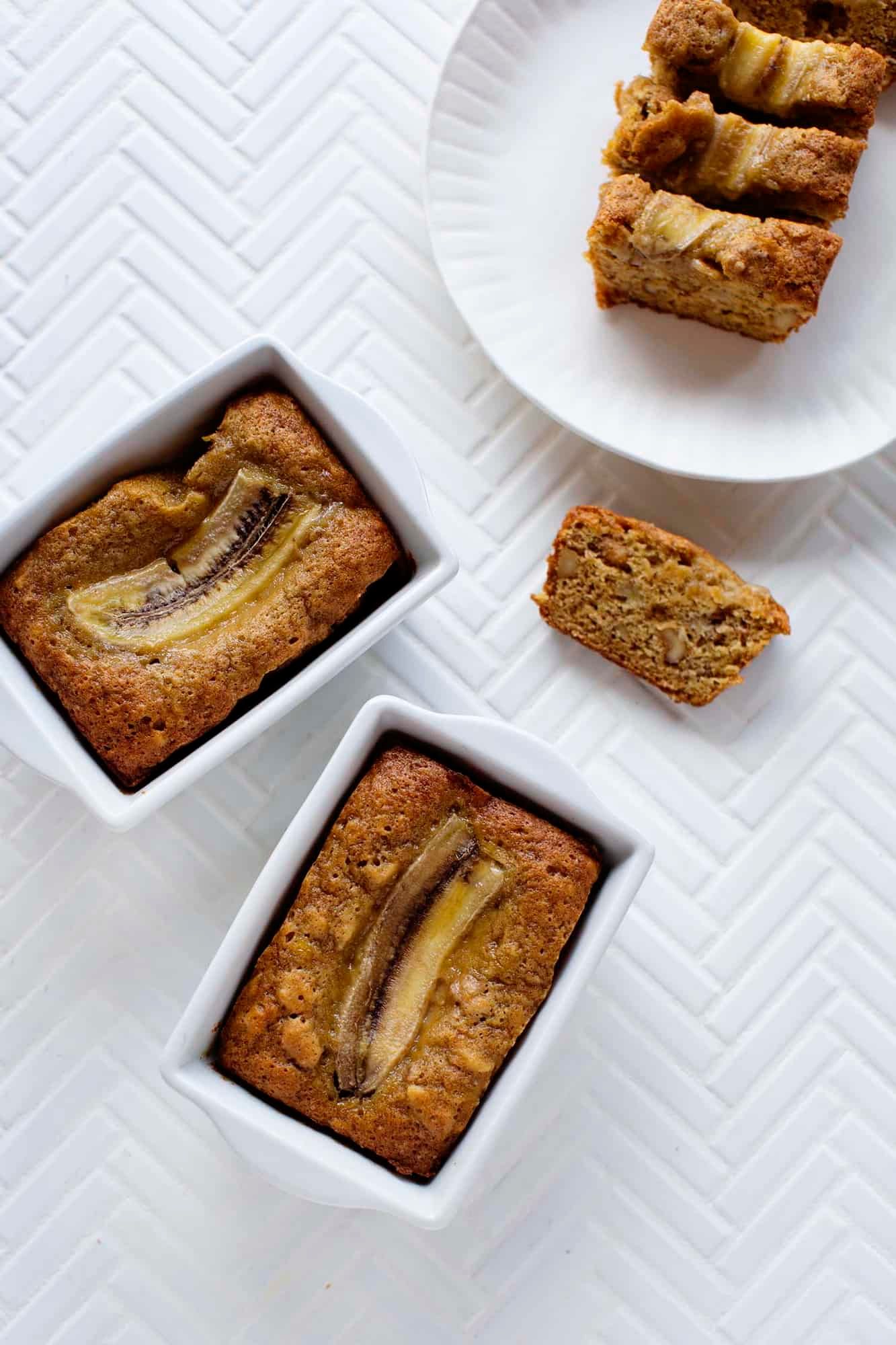 Second, sometimes you just want to bake something. Is it just me, or does everyone feel this way now and again (especially in the winter months)? Ideally, I want to bake something easy that will make my whole kitchen smell amazing. But I’d prefer if the end result was NOT a dozen cookies or scones or whatever because I know myself well enough to know that this means I will likely eat a dozen cookies or scones over the following couple of days. I want a little treat, sure, but mostly I just want to carry out the act of baking something and just get a little bite of something at the end. 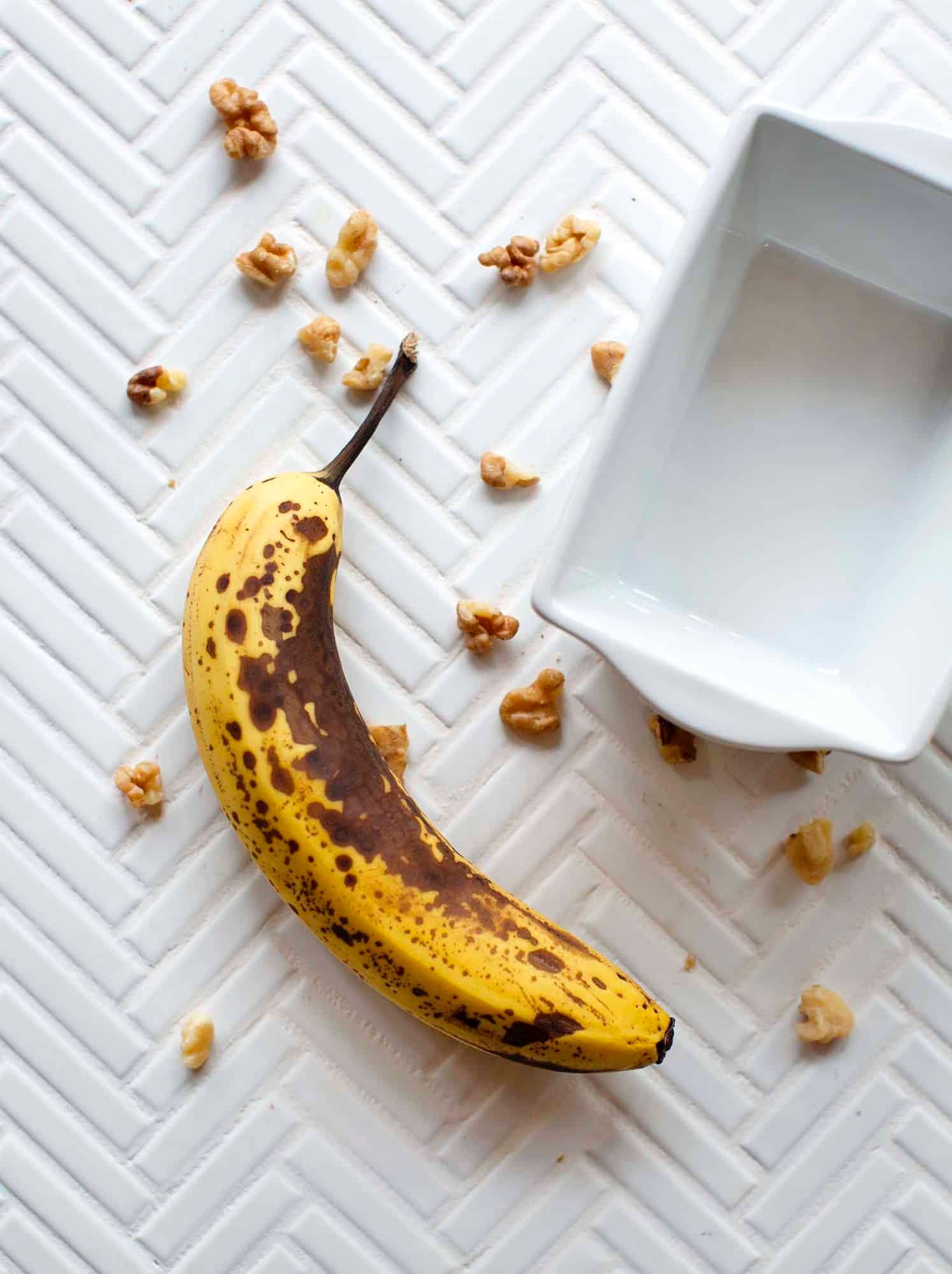 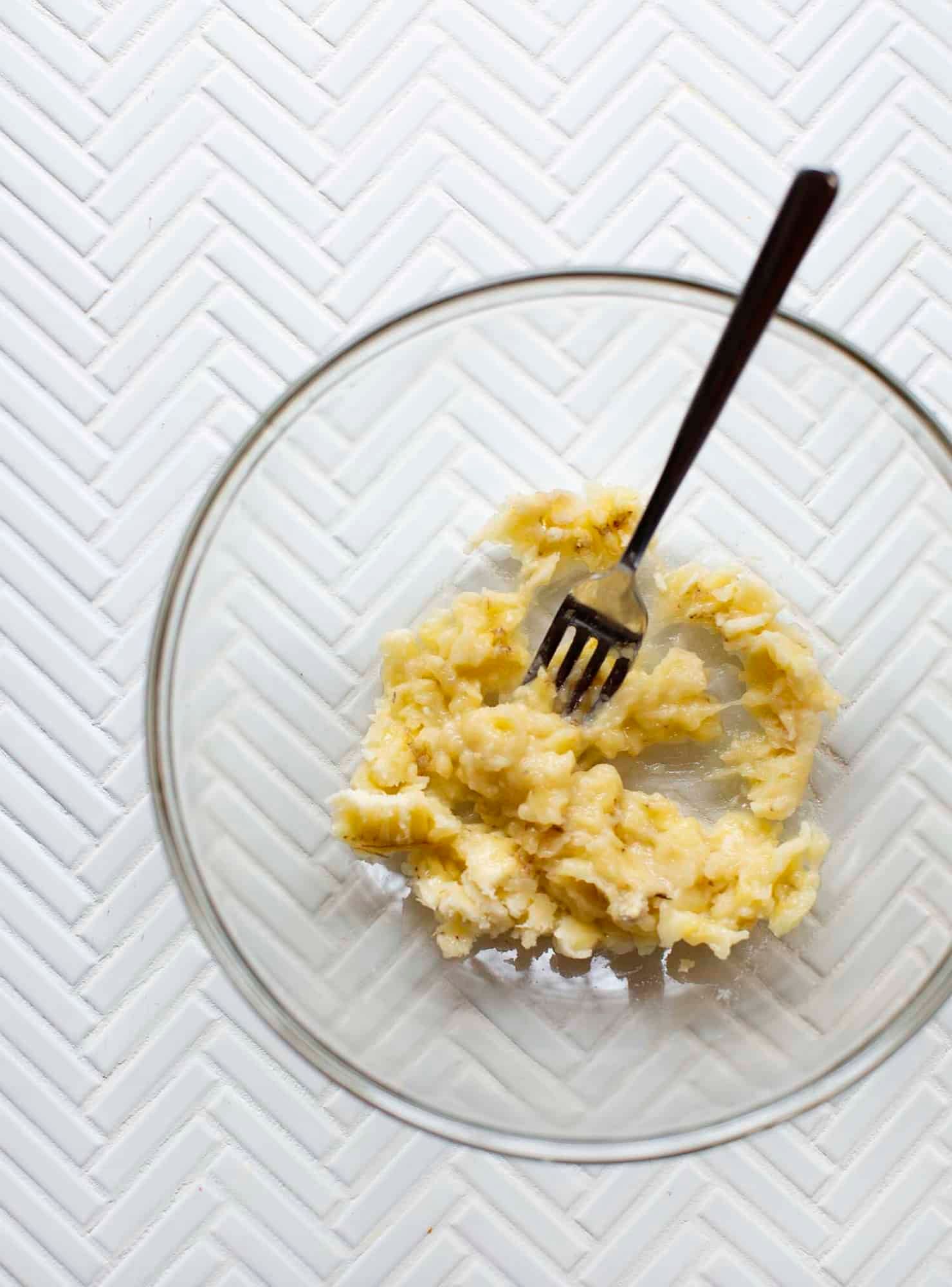 Third, and most literally, this recipe is inspired by Chrissy Teigen’s recipe from her new cookbook (which I love). But, I’ll be the first to admit that this is a much more simple version that results in a smaller serving amount in the end. It’s really very different, but I was still inspired by her recipe and I love her cookbook so much I wanted to mention it anyway. 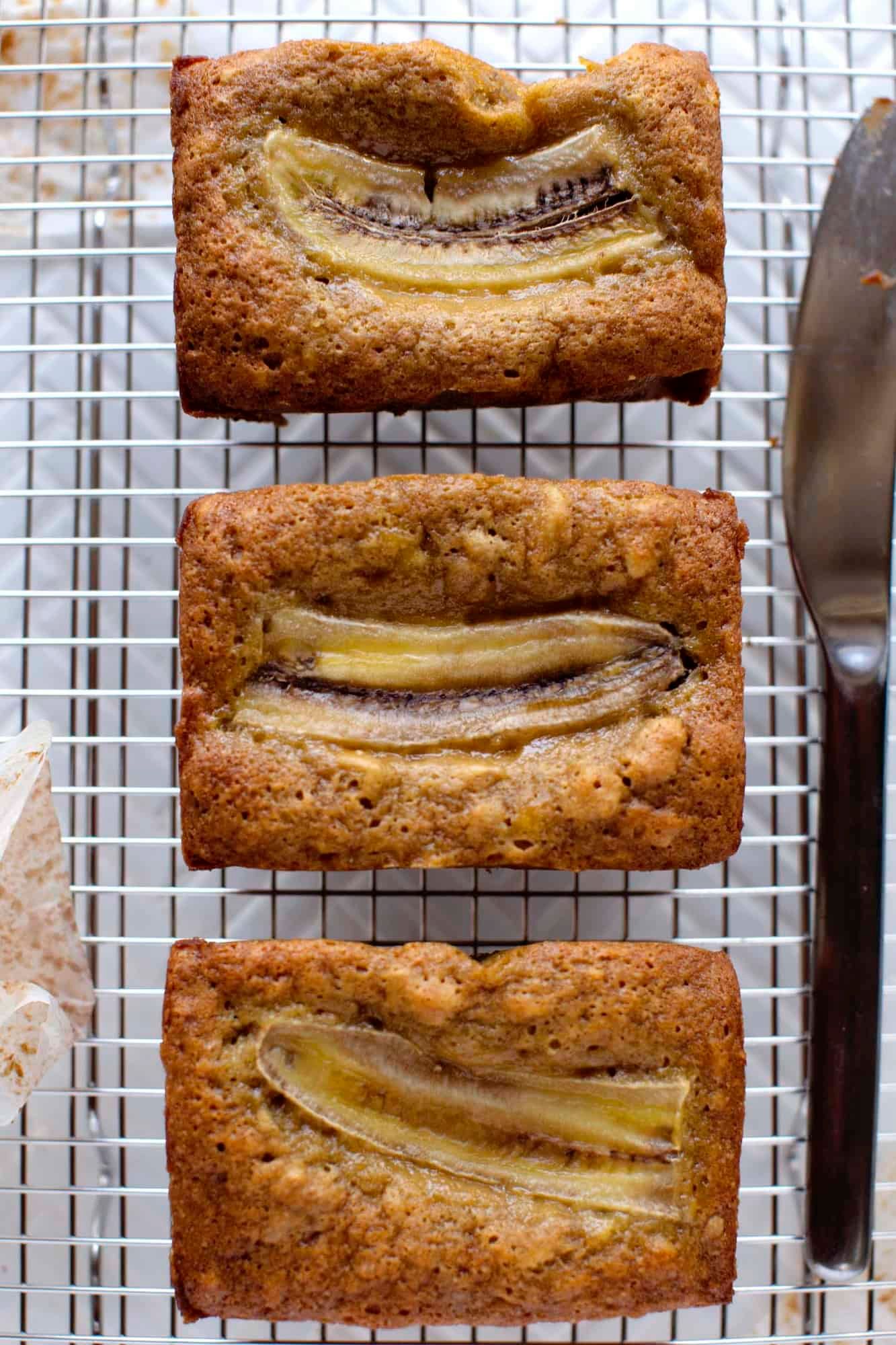 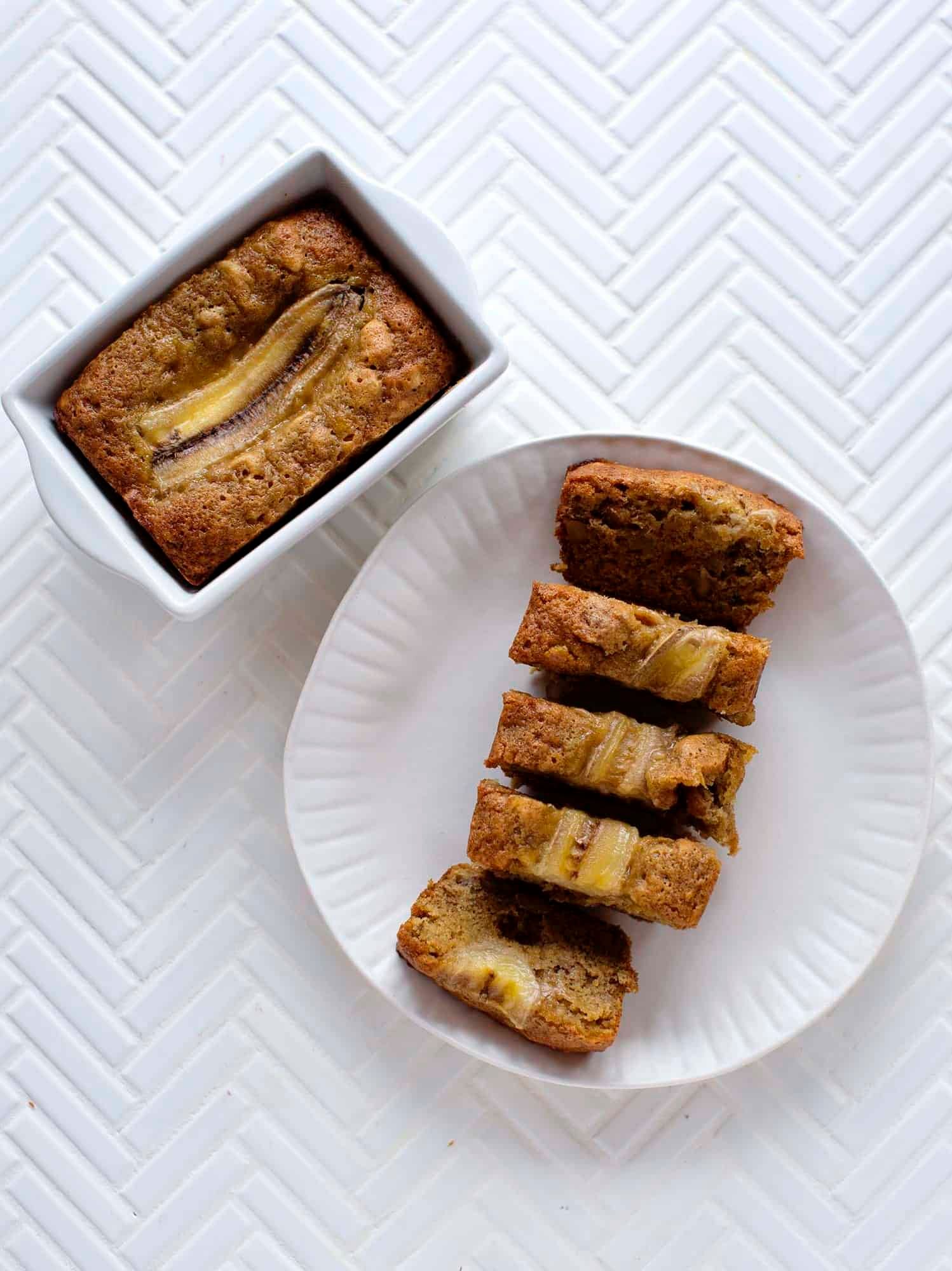 I added a second banana to the top of these mini loafs just for the photos (just trying to give you something pretty to look at it). This is not necessary and in fact I found it caused the batter just under the banana to bake unevenly. So I really don’t even recommend it, but if you want the look … I get it.