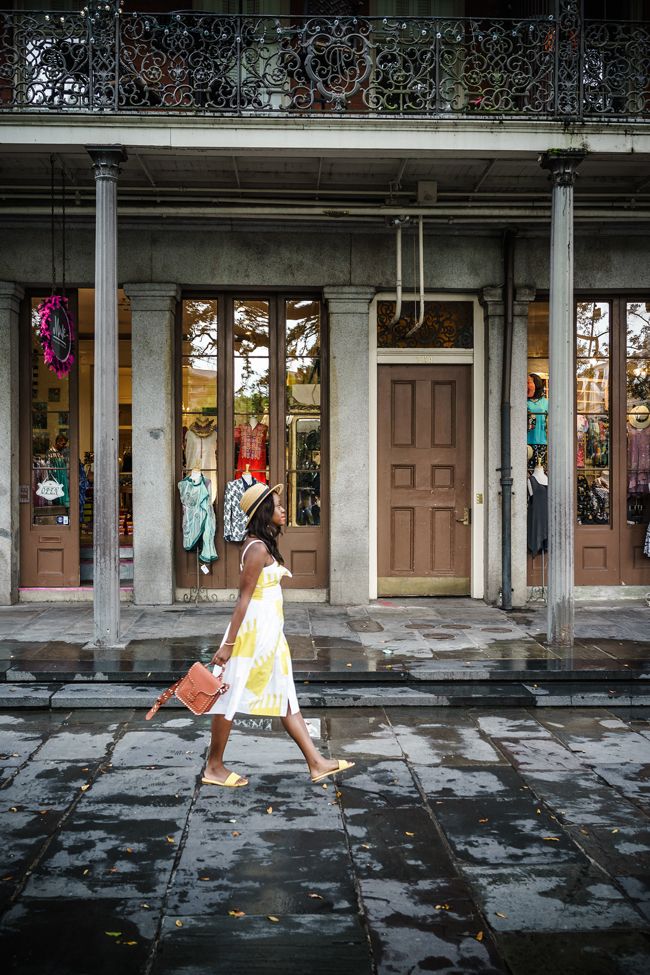 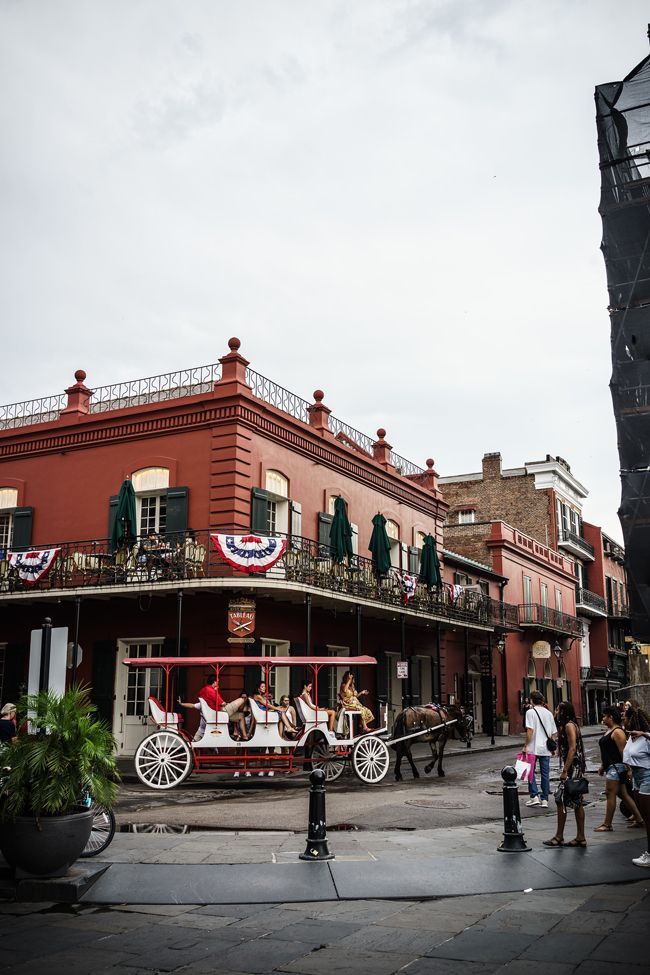 If you follow me on Instagram or Snapchat, most of you know that I took a trip to New Orleans a few weeks ago with the New Orleans Convention & Visitors Bureau. I’ve only been to NOLA once as a 14-year-old, but in my mind that trip didn’t really "count" since I was still pretty young and I was tagging along with my mom at a conference. I was super excited to go back as an adult and experience everything that New Orleans had to offer!
Long story short: I had an absolute blast in New Orleans, and I want to make this a yearly trip. There’s no other place in the United States like it. Here’s my ultimate travel guide for New Orleans if you’re planning a trip! 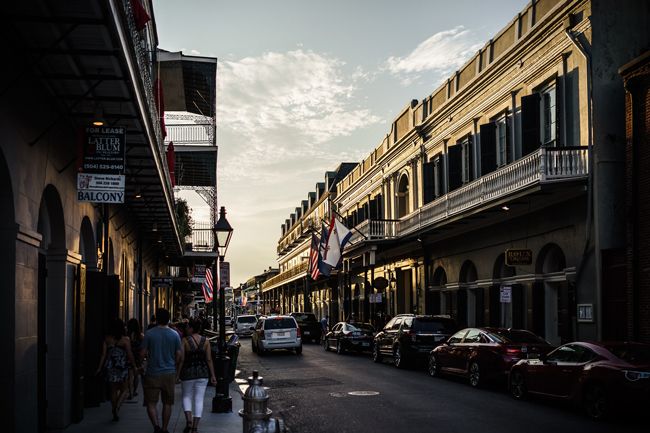 How Long to Stay?

The trip to New Orleans can be a complete whirlwind, my friends. There’s so much to do and see and a million places to eat. I flew in on a Thursday afternoon and had a return flight on Sunday evening — I think this is the perfect amount of time to spend in the city and it only requires you to take two days of PTO! If you’re based in the Mid-Atlantic (DC, Philly, NYC), it’s only a ~2 hour direct flight to New Orleans. 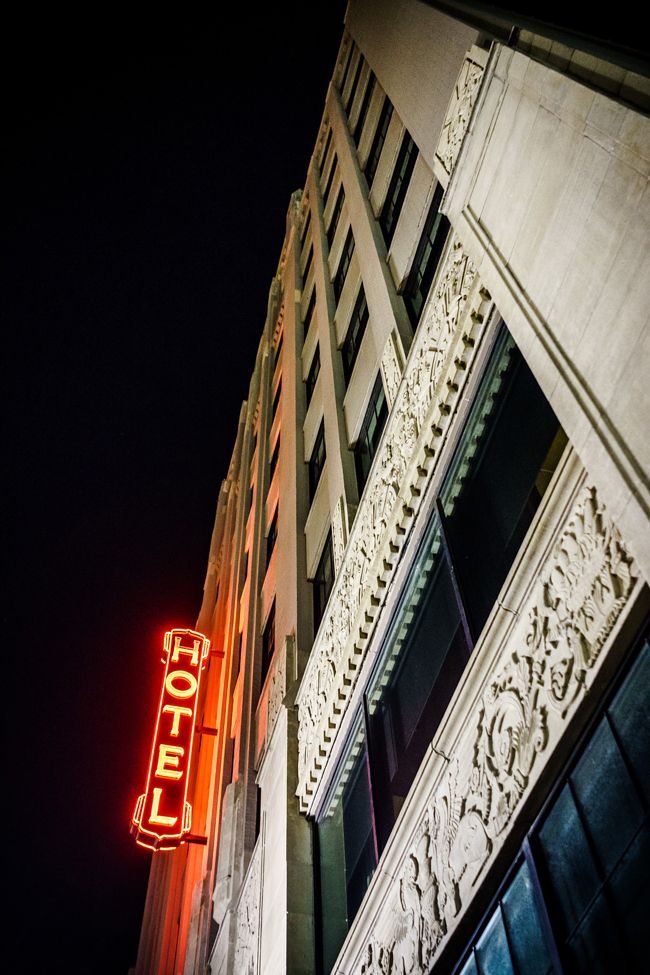 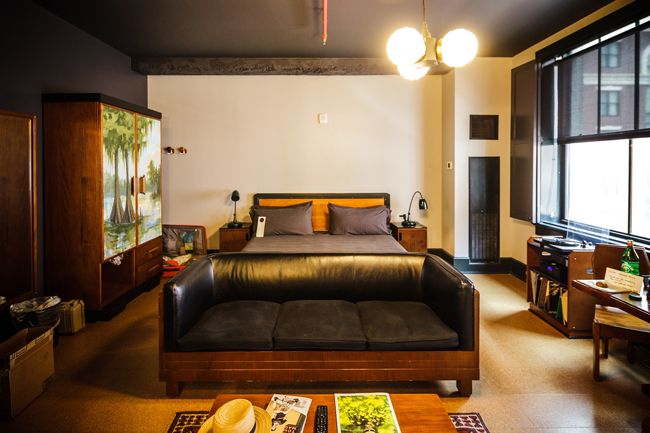 We stayed at the Ace Hotel New Orleans, which was located in the Central Business District. It was a mile away from the French Quarter, within walking distance of the Garden District, and a quick Uber ride away from the shopping on Magazine Street and live music on Frenchmen Street. I absolutely adored how central this location is, and it is also a little quieter than the French Quarter. 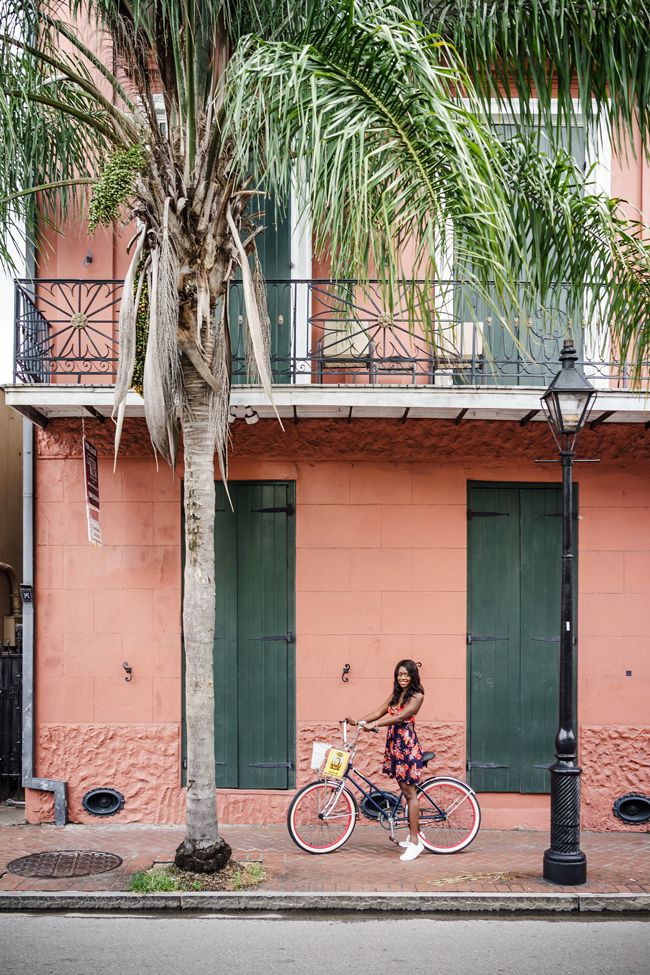 Bike Tour: Ok — I have to admit, Social Studies classes were my favorite back in high school. Since New Orleans has both French and Spanish roots, I was dying to learn more about the history of the city, but in a fun and active way. We took a bike tour of the French Quarter and beyond with FreeWheelin’ Bike Tours, and it was such a great way to learn more about this amazing city! FreeWheelin has several tours to choose from (we opted did the Creole and Crescent Tour), and most of them include a stop for a snack during the tour. 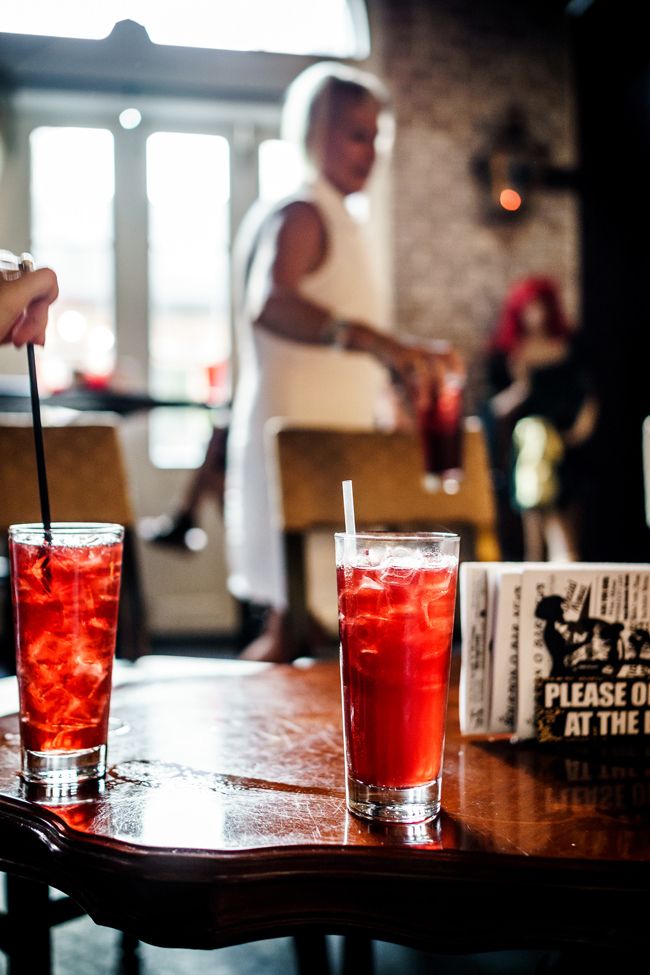 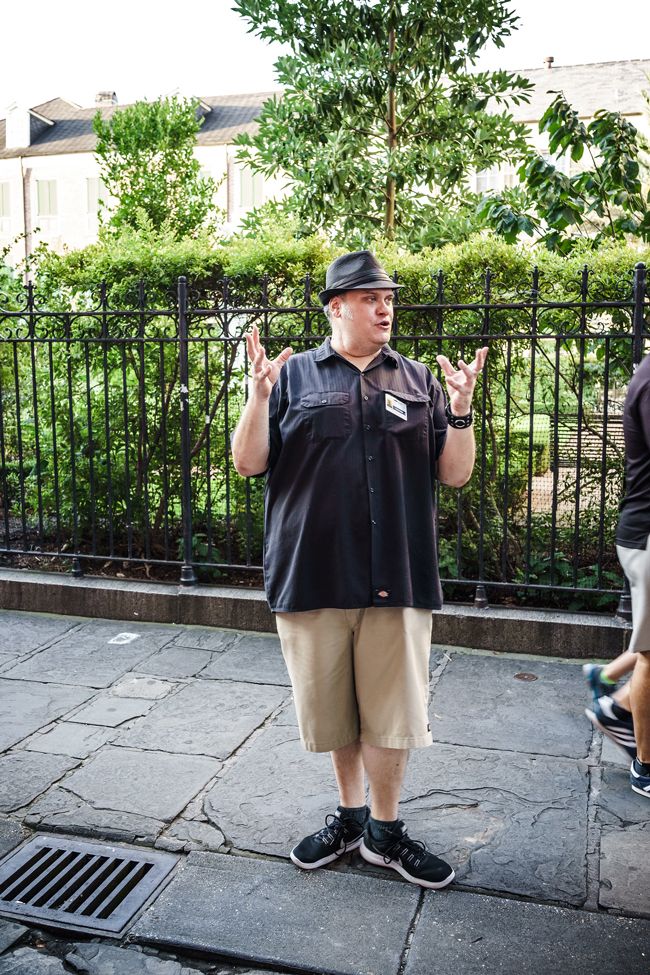 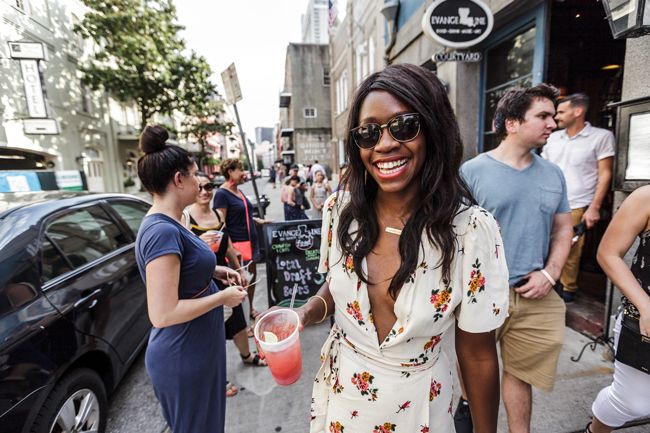 Cocktail Walking Tour: Honestly, this was one of the highlights of my trip. During the Doctor Gumbo Cocktail Walking Tour, you’ll visit four of the most notable bars in the city and learn about the history of cocktails and how they tie into New Orleans. One thing I learned? The term "Sugar Daddy" originated in New Orleans…you’re going to have to sign up for the tour to learn where exactly it came from! 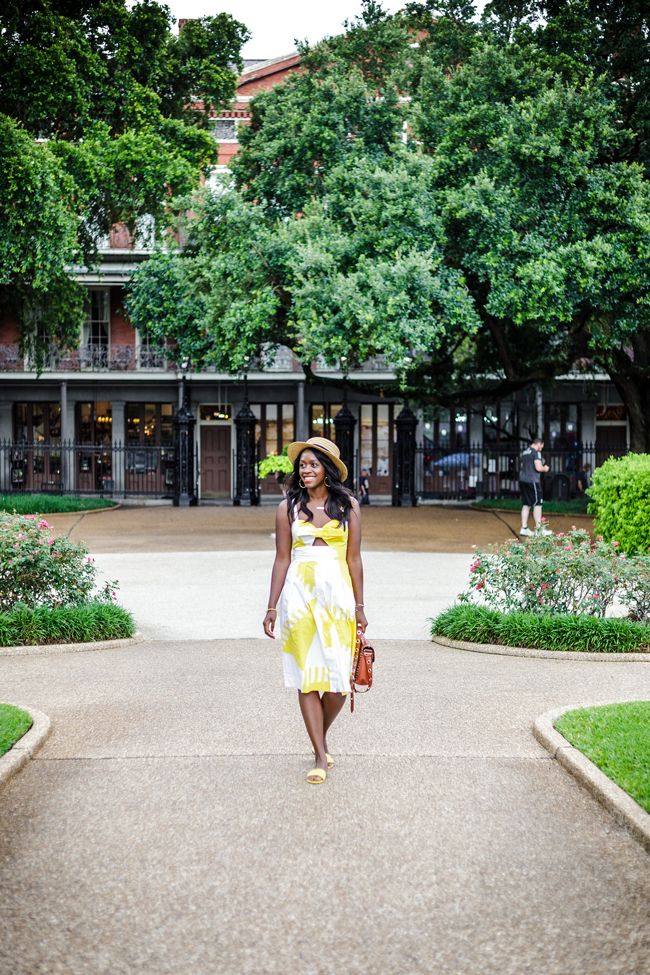 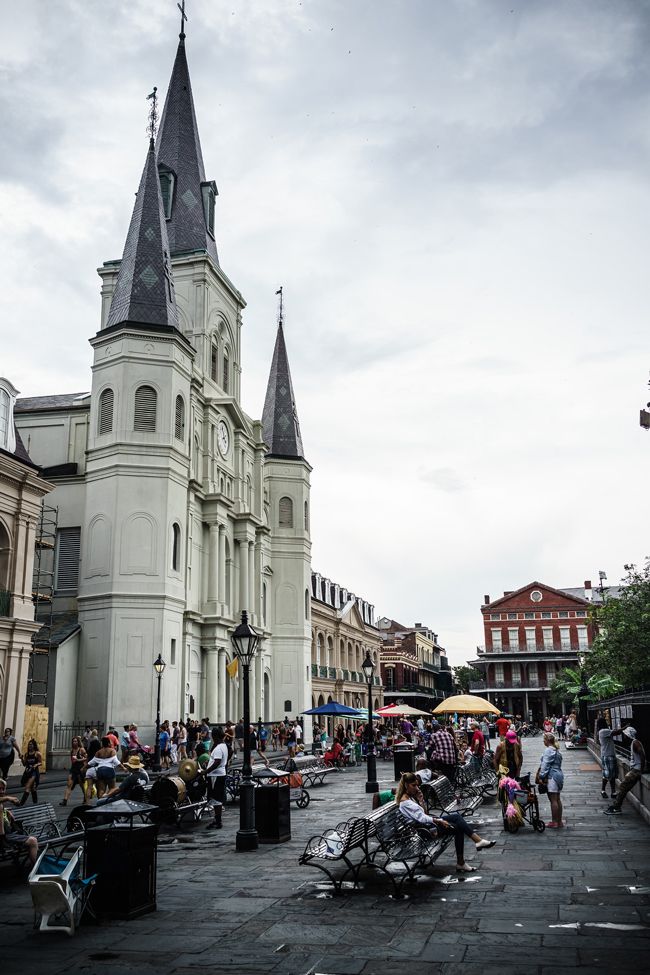 Jackson Square Park: Want to explore the French Quarter? Jackson Square is a great place to start! You’ll occasionally hear a live band or two, and make sure to pay a visit to the "Mardi Gras" tree and stop in one of the nearby restaurants and cathedrals. 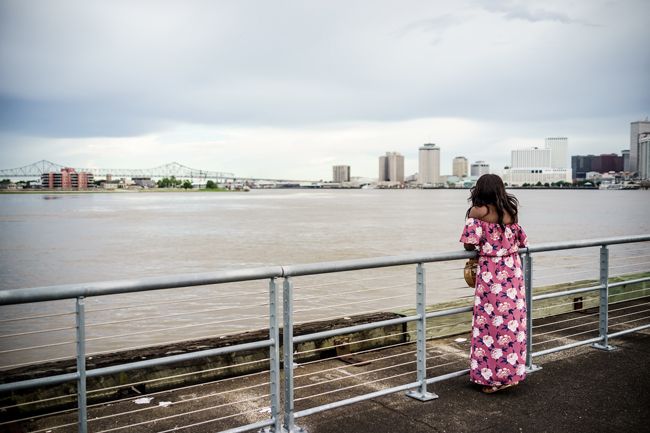 Crescent Park: I absolutely loved the Bywater area of New Orleans, and Crescent Park was one of the coolest parts of the city that I visited. There are so many events and activations at the park that you can enjoy, or you can take a stroll down to the Rusty Rainbow bridge and enjoy great views of the city. 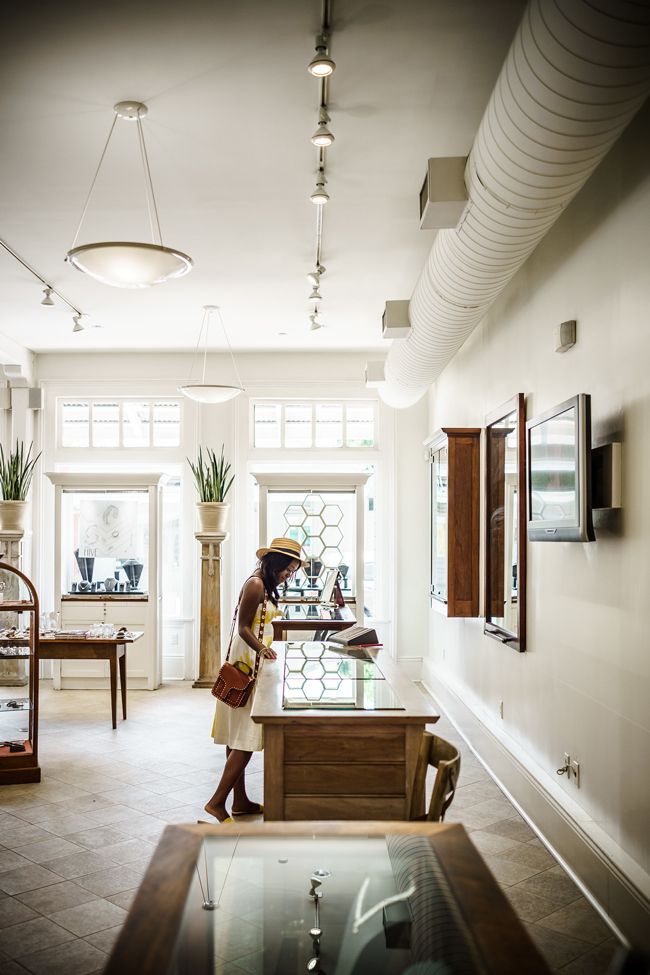 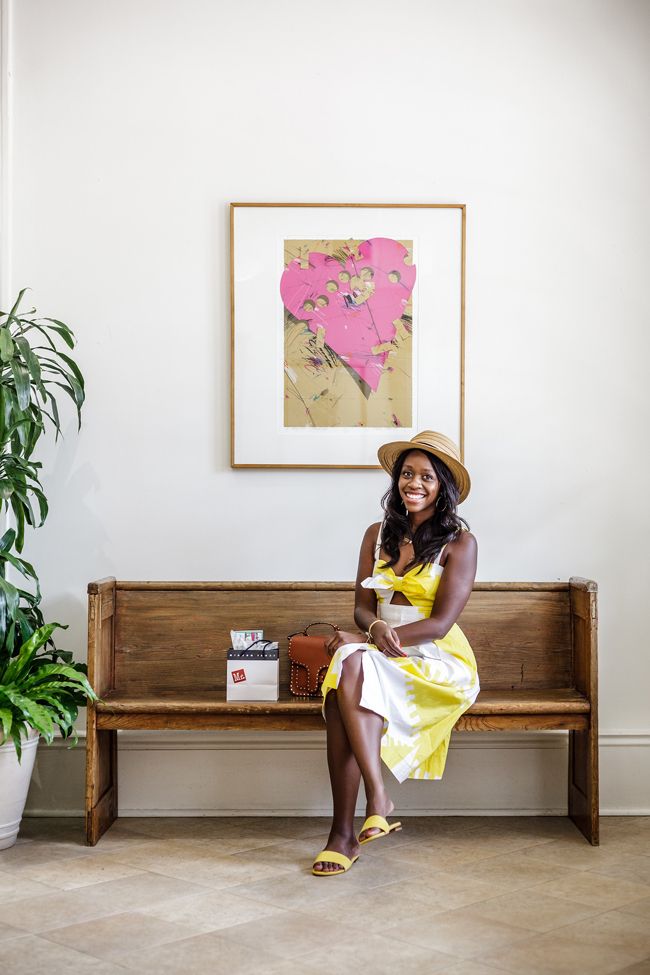 Magazine Street: I probably could have spent all of my money on Magazine Street. The selection of clothes, jewelry and home decor shops along Magazine Street were one of a kind. You’re going to find pieces here that you’re not able to find back at your local mall at home. While we were near the area, we also took a tour of Mignon Faget’s headquarters. Mignon Faget is a noted NOLA-based designer who’s been creating some of the most stunning jewelry pieces since 1969. Definitely pop into one of her stores if you’re out shopping! 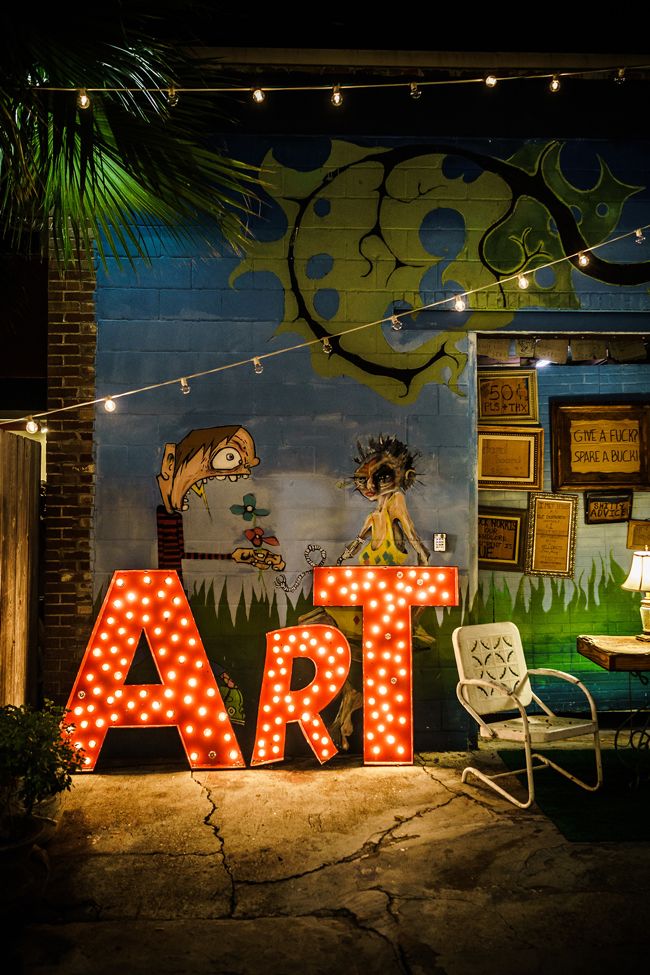 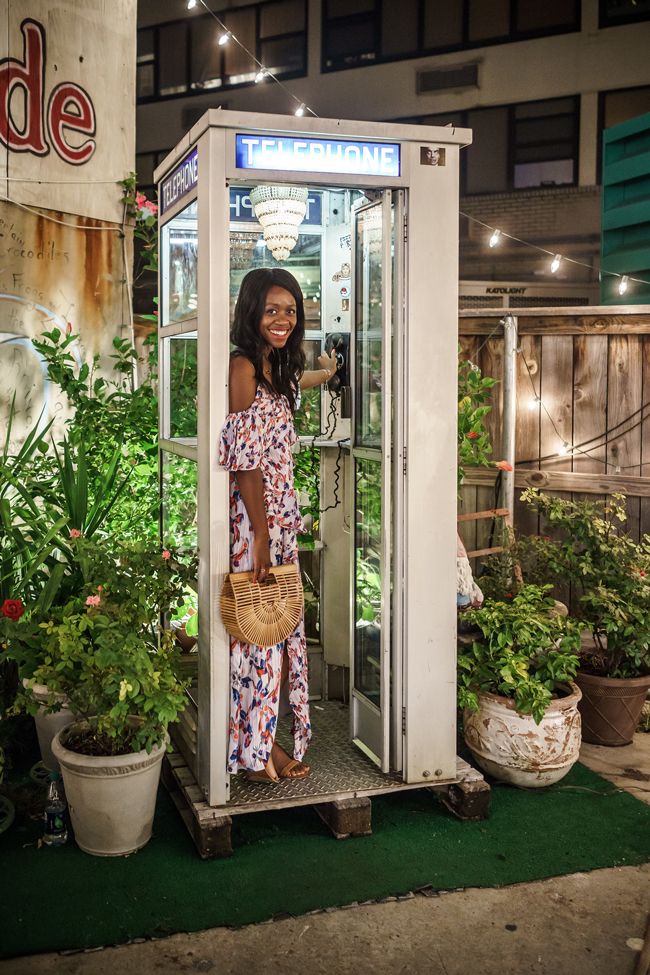 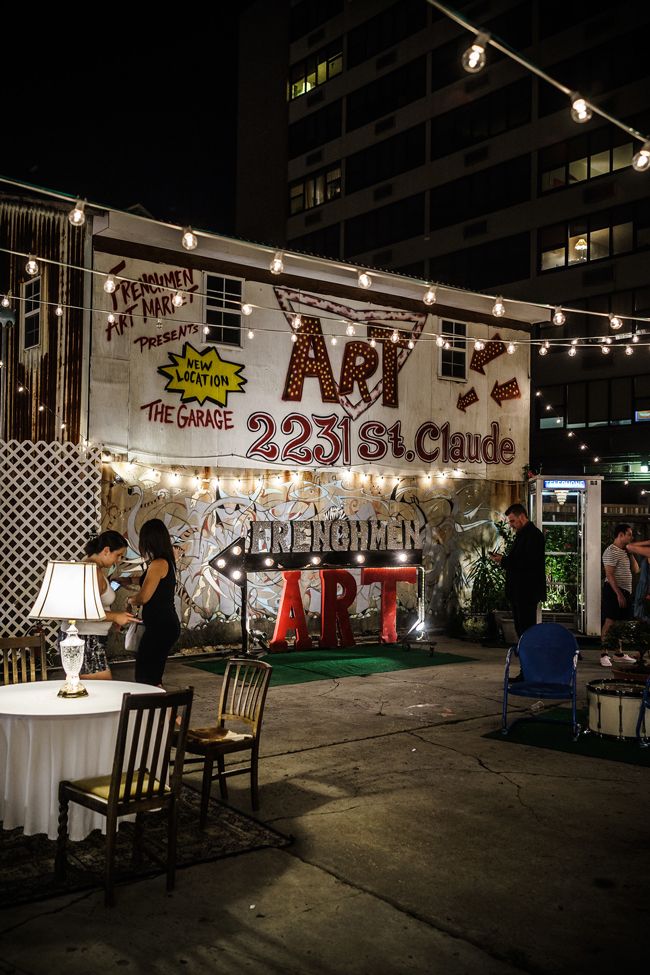 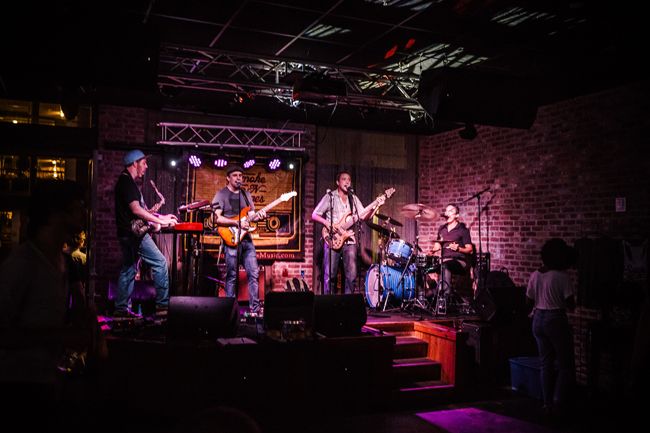 Frenchman Street: So you probably know all about Bourbon Street in the French Quarter, but Frenchman Street was my personal favorite spot for nightlife in the city. There are a series of bars that offer live music pretty much all day *and* night. I heard some incredibly talented musicians and grooved all night long! My favorite bars to catch live music on Frenchmen were 30/90 and d.b.a. 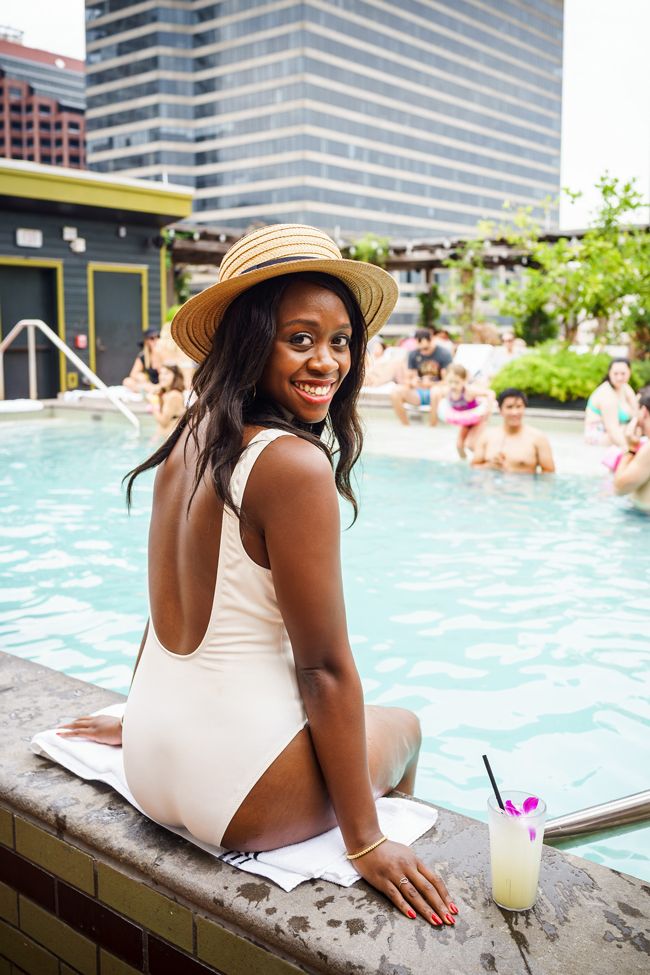 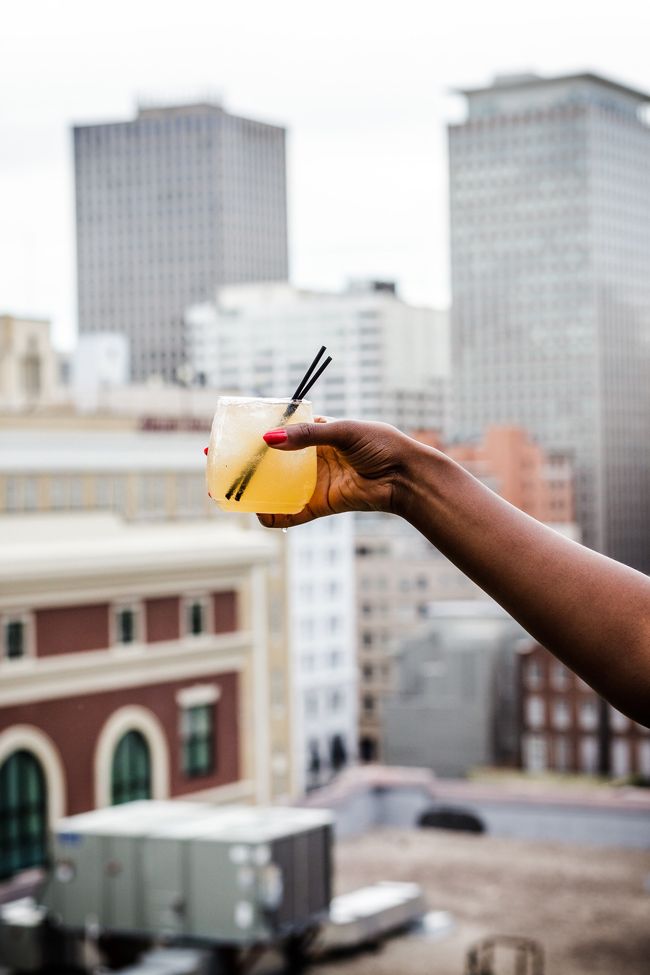 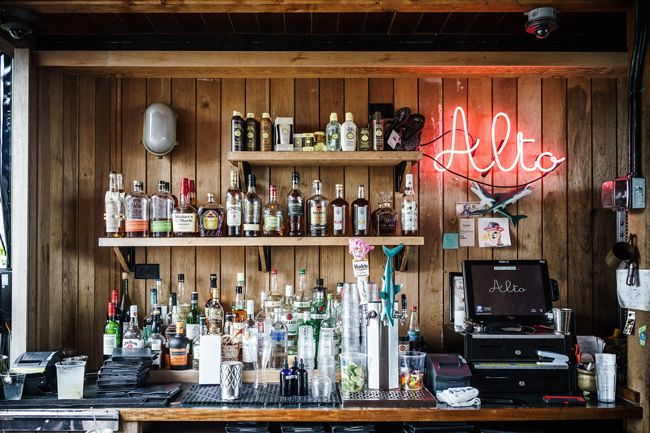 Ace Hotel’s Rooftop Pool, Alto: Both locals and tourists alike love the rooftop pool and bar over at the Ace Hotel. It’s open from 10am til 9pm, and it’s a great spot to take a dip, enjoy some cocktails and catch a beautiful view of the city. If you have any downtime and need to cool off, I would highly recommend stopping by! 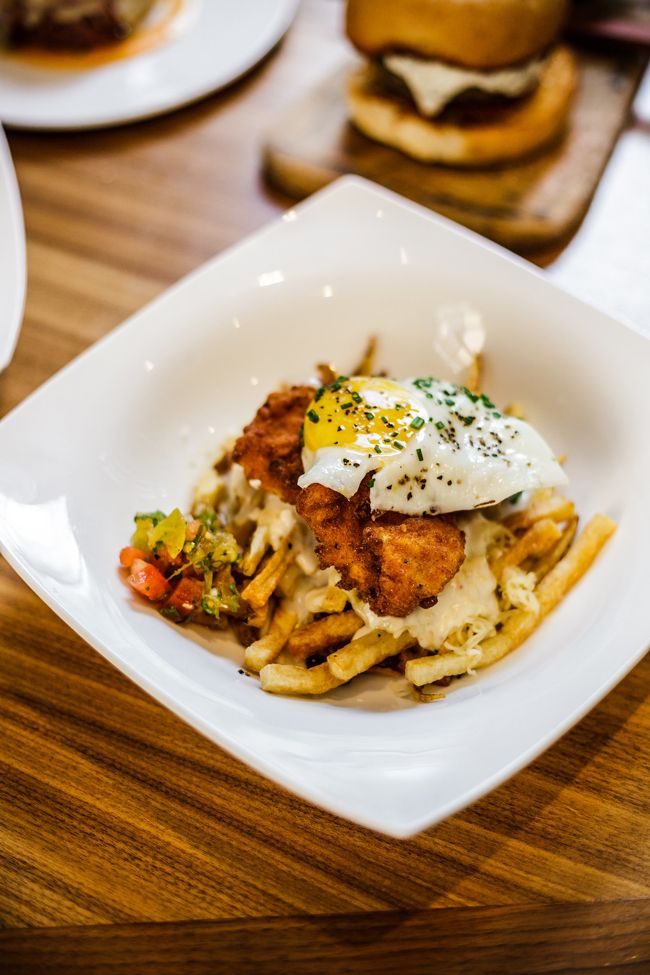 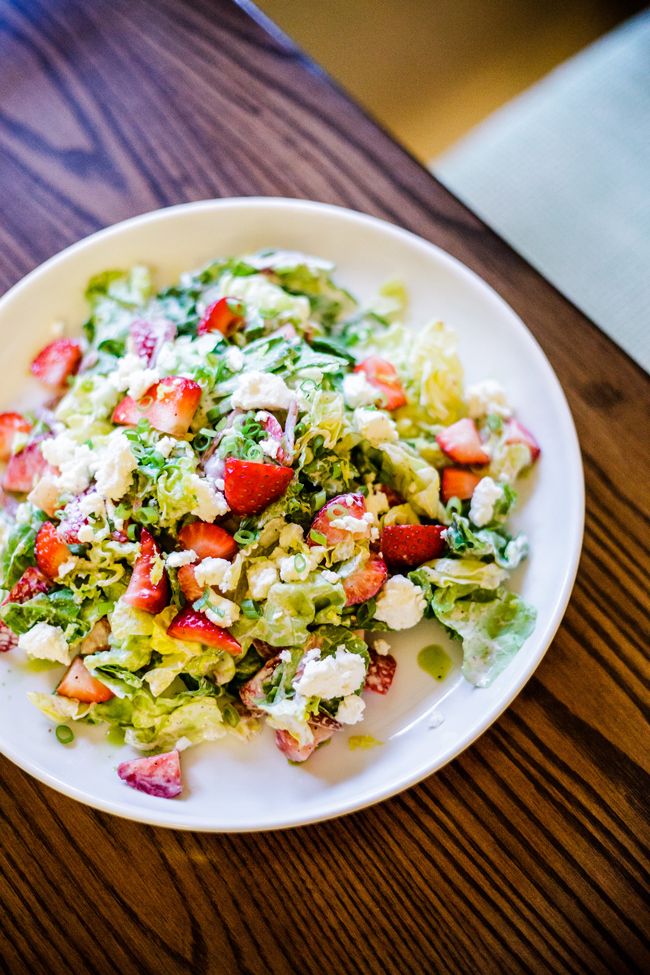 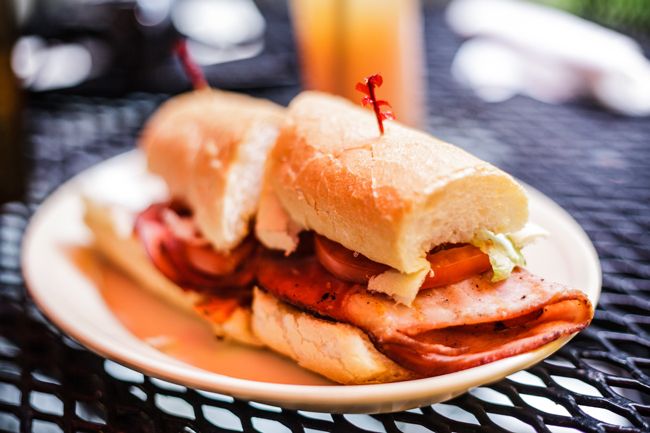 I have an entire dedicated post coming up that’s all about the exact restaurants we ate at, but plan on eating as much as you possibly can while you’re in NOLA. As for the types of food you should definitely try while you’re in the city, here are my suggestions: