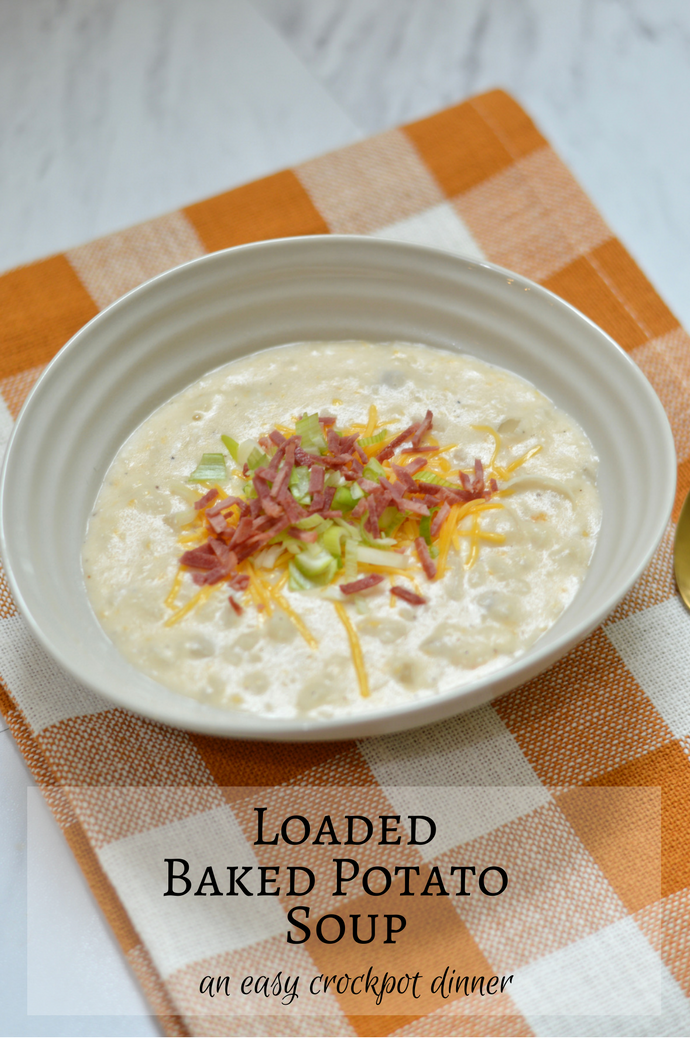 I have shared my love for crockpot dishes before, but I think we have a new favorite in our house. Now that it is fall, I have been trying to do crockpot dinners at least twice a week. Not only do I love the ease of these recipes, but there is no beating a quick and warm dinner on a cold fall evening. I made this recipe a few weeks ago and have made it twice since. I am officially addicted! After making it for the third time, I think I have finally mastered the combination of ingredients to create the most delicious Loaded Baked Potato Soup! 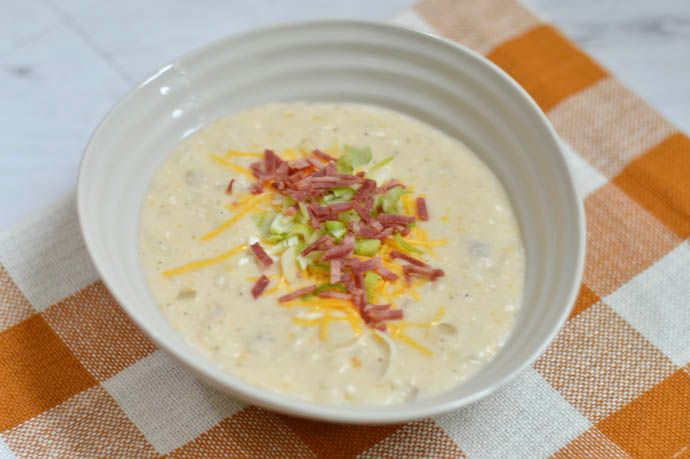 It’s hard not to love a loaded baked potato. A steakhouse favorite, it’s been years since I’ve actually had a loaded baked potato. The good thing about this recipe is that it isn’t too terrible for you. I used low sodium chicken stock and cream of mushroom, reduced calorie cheddar and turkey bacon in an effort to make it a little more healthy. The end result is a creamy and delicious cold weather soup. And in the crockpot no less! I used cream of mushroom, but you could easily use cream of chicken as well. I’m just not a huge fan of chicken.
A pretty straightforward and easy recipe, I love these types of dinners on weeknights. I’ve shared other crockpot recipes on A Blonde’s Moment, a few of my favorite being the Spinach, Mushroom & Tomato Tortellini Soup, Roasted Butternut Squash Soup and Mexican Chicken Burrito Bowls. Check out this easy Loaded Baked Potato Soup recipe below. What are your go-to weeknight meals? I would love for you to share them in the comments section below! Have a great Tuesday, friends! 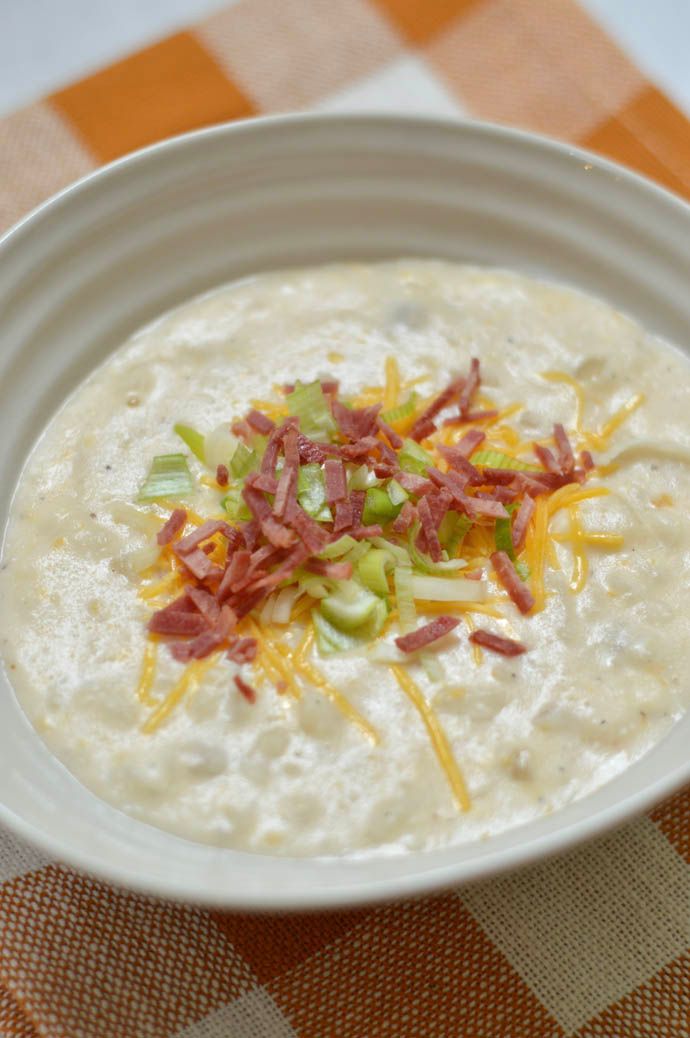