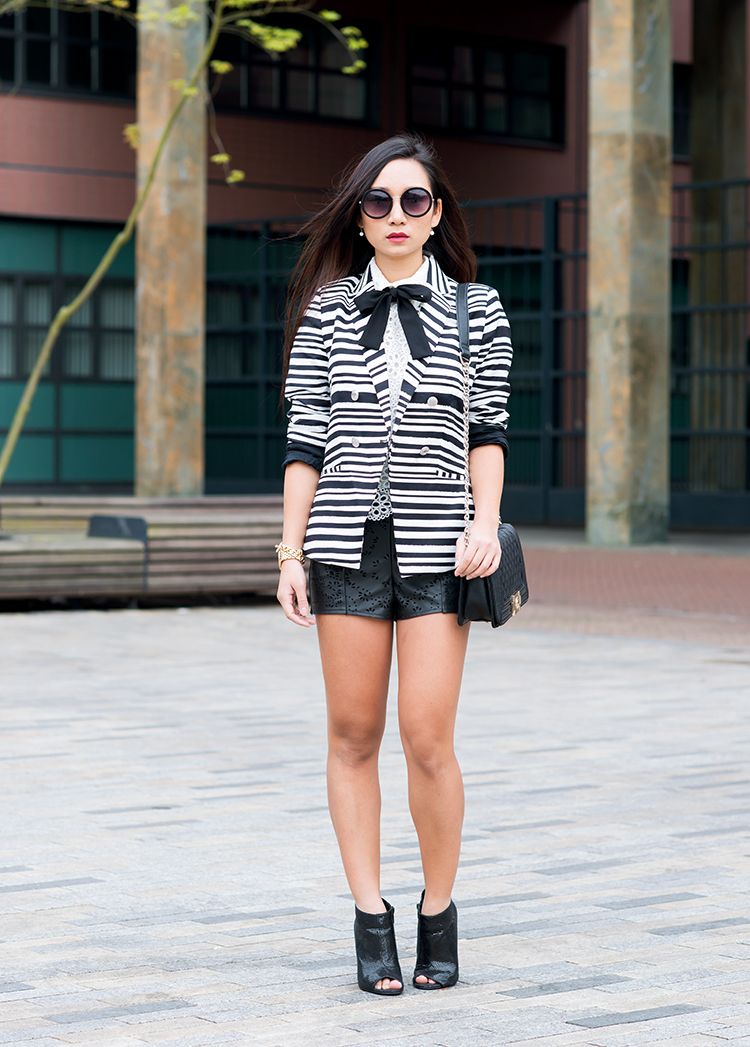 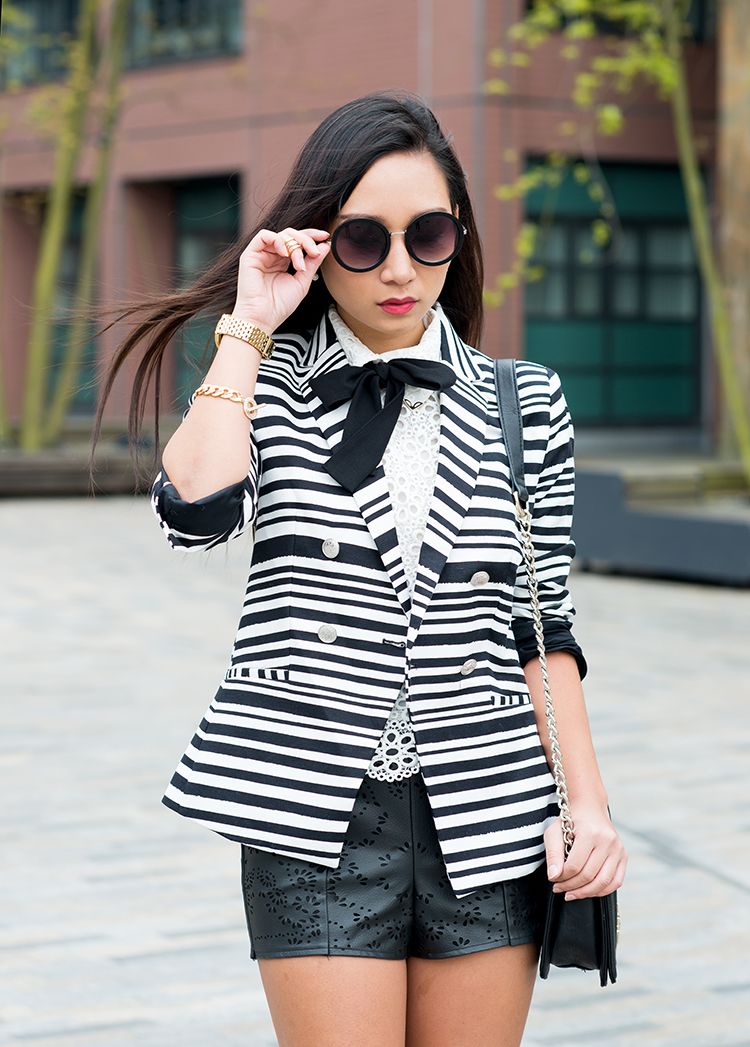 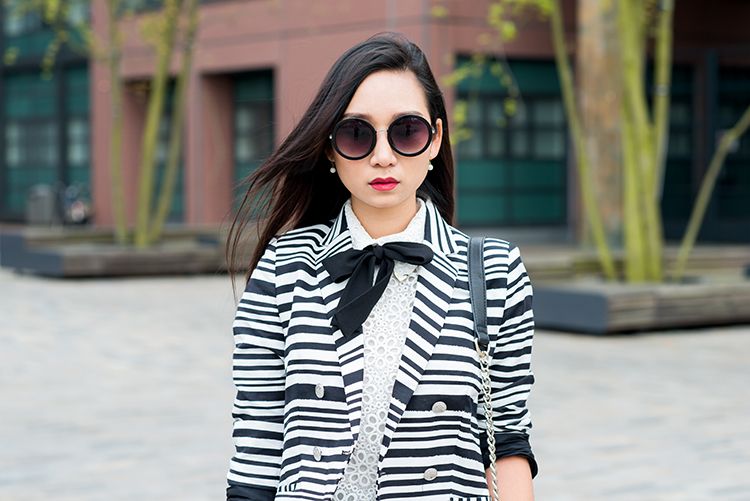 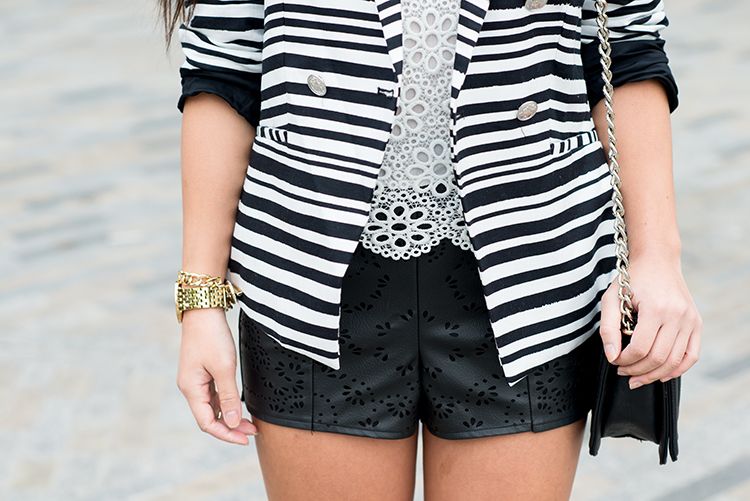 BLAZER MANGO - SHORTS RIVER ISLAND - TOP MAI LINH - SUNGLASSES ASOS
They say horizontal stripes makes you look fatter. Well guess what it's just a myth! I've done some research and have some good news for all the stripe lovers. Horizontal stripes will even make you look thinner. The man who exploded this myth is Peter Thompson, an expert in perception in York University's psychology department. He asked people to compare more then 200 pairs of pictures of women wearing horizontally and vertically striped dresses, then asked them to say which of the two they thought looked thinner. Amazingly, his experiment showed that when the two woman were the same size, the one wearing the horizontally-striped dress was apparently to be the thinner of the two. So ladies and gents stripe away!