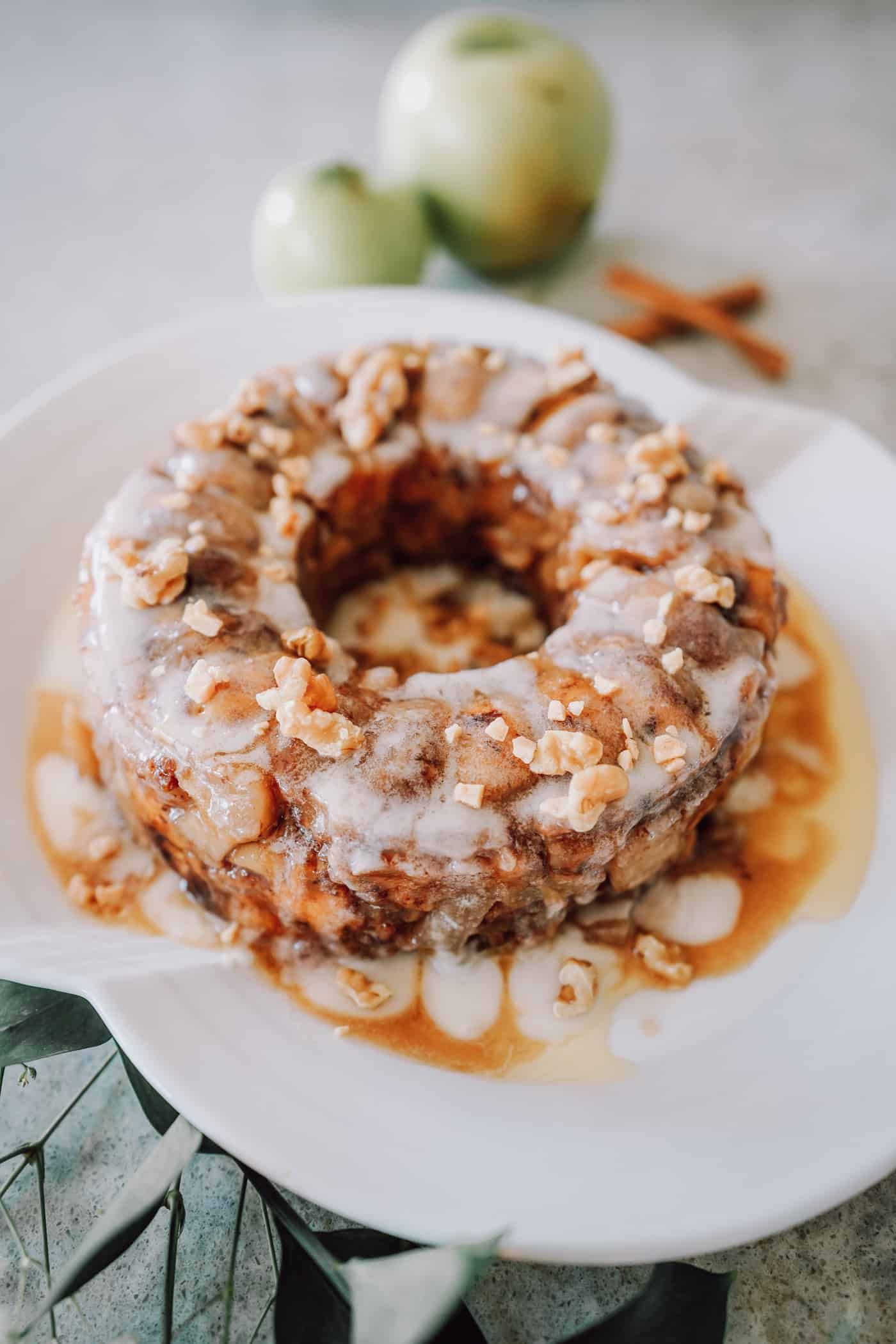 Hello to the most incredible Fall breakfast you’ll serve this season!  You and your guests will not be able to resist this deliciously simple Instant Pot Monkey Bread recipe!

This recipe now tops one of my all-time favorite recipes made in the Instant Pot.  It is the perfect dish to serve while entertaining this holiday season.  It’s truly an instant crowd pleaser.
What’s great about this recipe is it made with canned cinnamon roles and ingredients you likely have a home in your cabinet or pantry. What’s even better?  If you or your guests don’t happen to finish off the dish, it’s just as delicious heated up the next morning.
I made this Instant Pot Monkey Bread recipe with apples (you can choose any of your favorites), but it would be just as delicious with other fruits such as mixed berries, bananas or peaches.
Also, I highly recommend adding walnuts and/or pecans (pending there are no allergies you need to be concerned with).  The nuts in this recipe were a last minute add, but I am so glad we did.  It added a good amount of extra flavor and crunch.  If you’re feeling extra wild, you can also top the recipe with heath or caramel crunch.  YUM!
We hope you love this recipe as much as we do!  We’ll be serving this all season long!
RELATED POST:  Instant Pot Apple Pie Moonshine
// 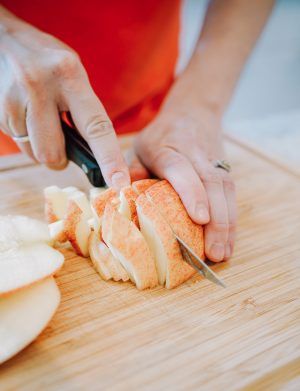 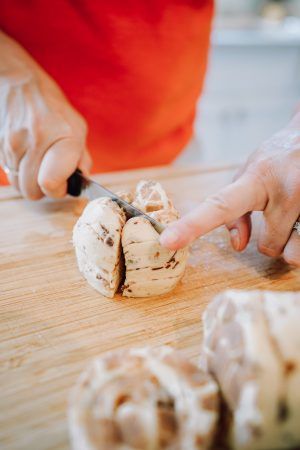 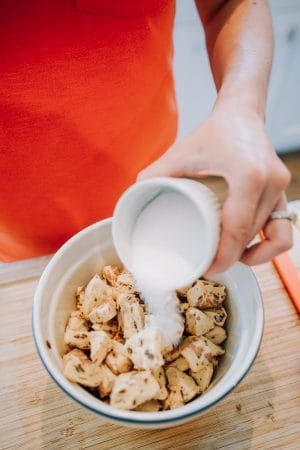 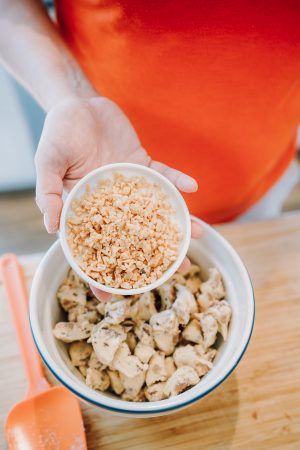 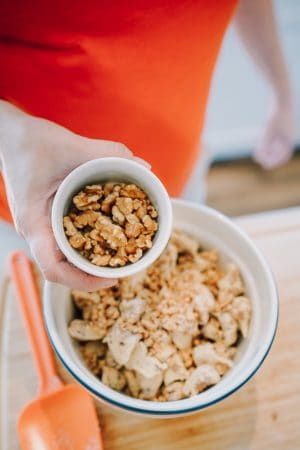 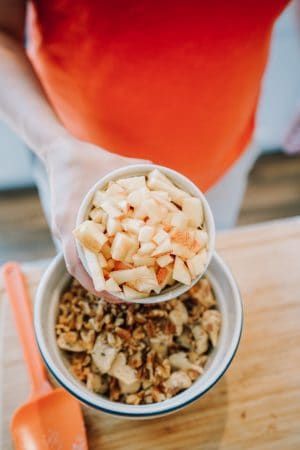 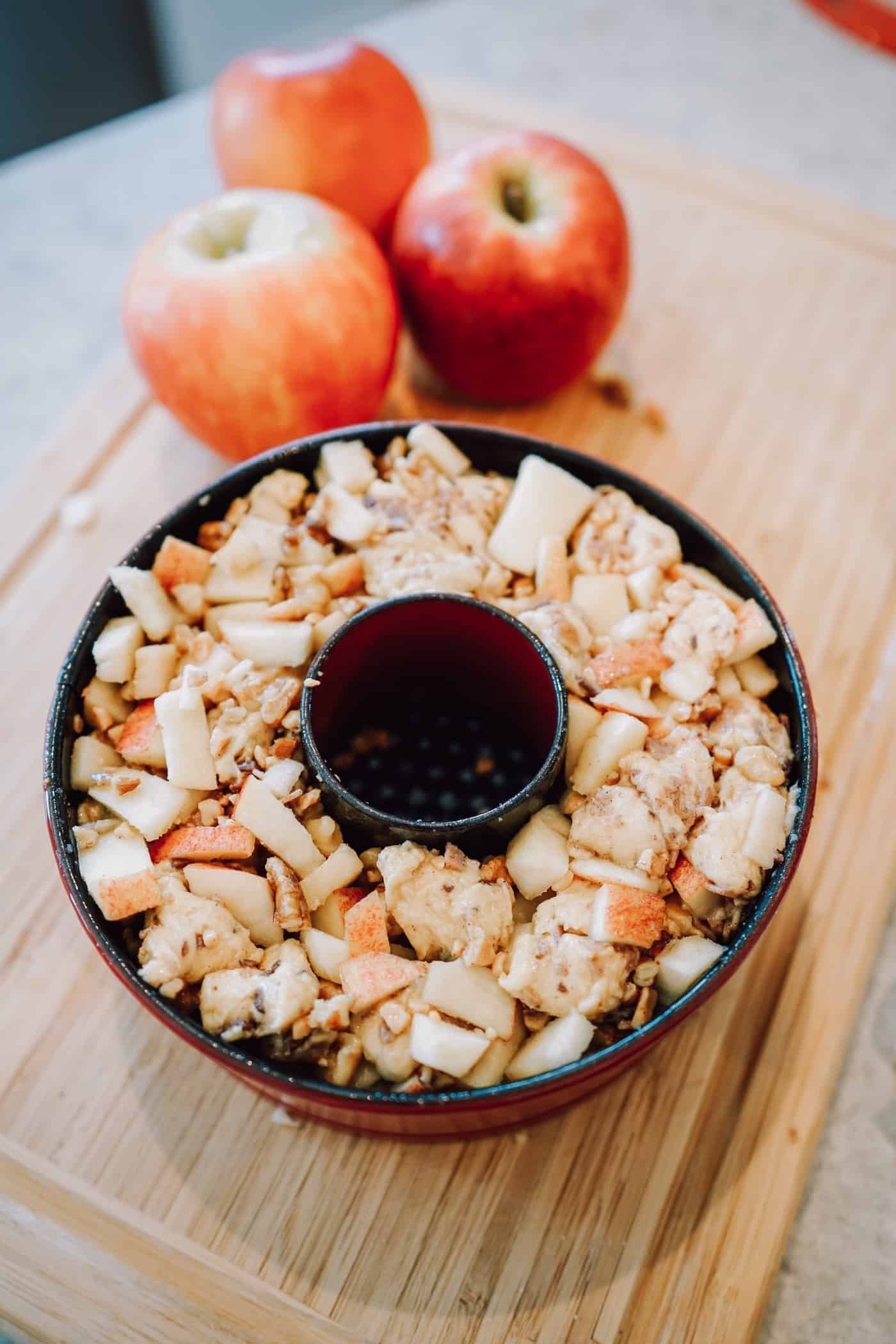 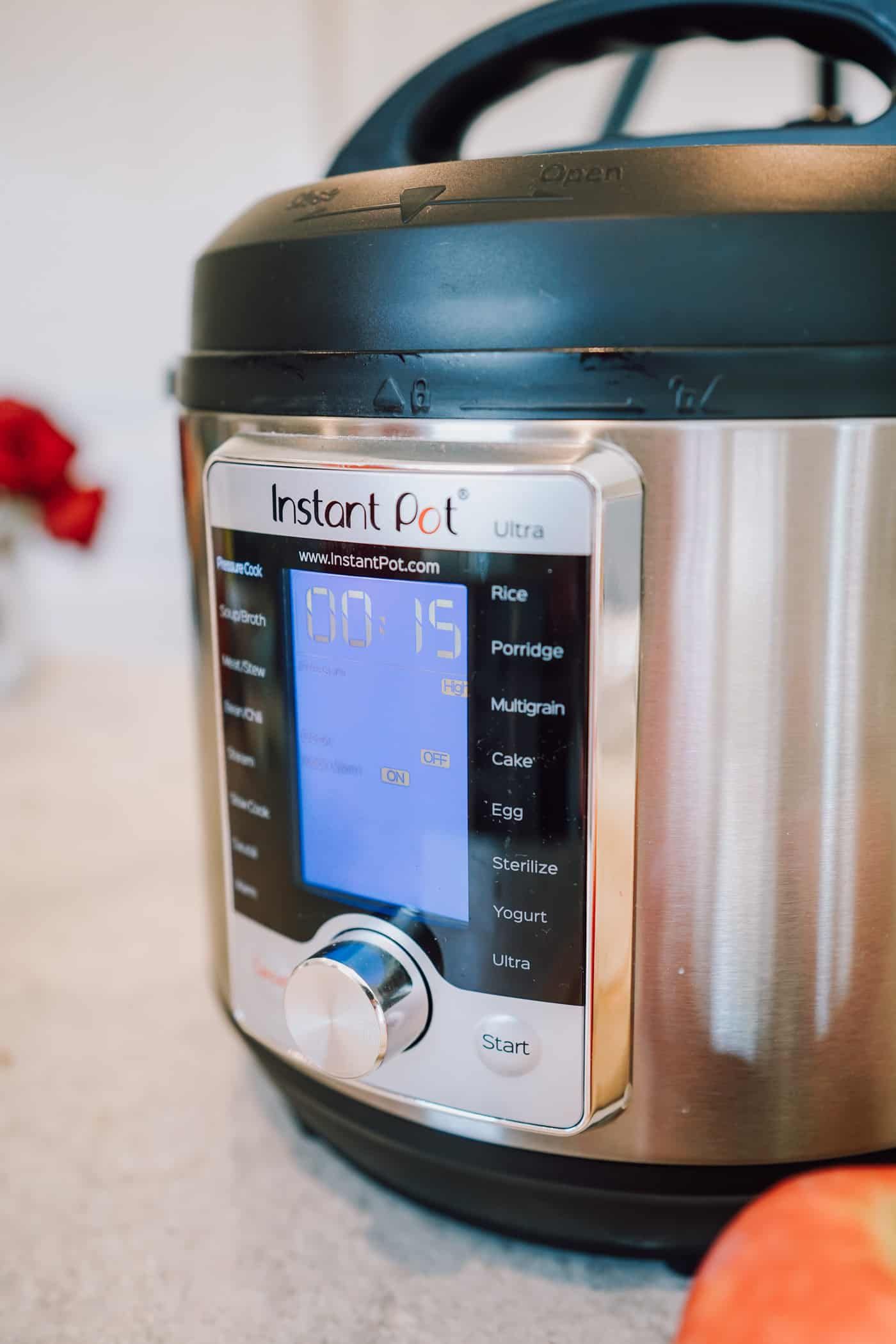 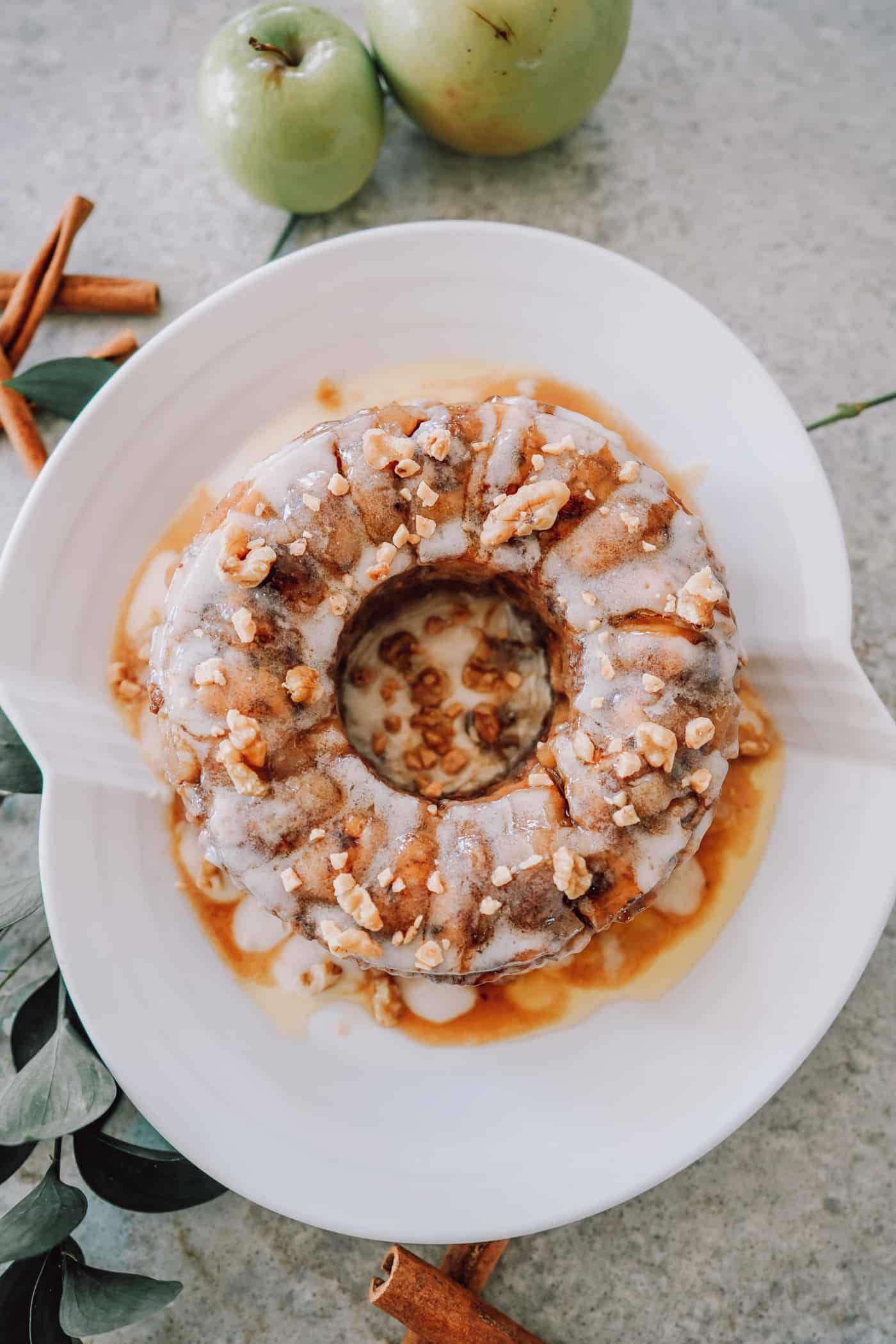 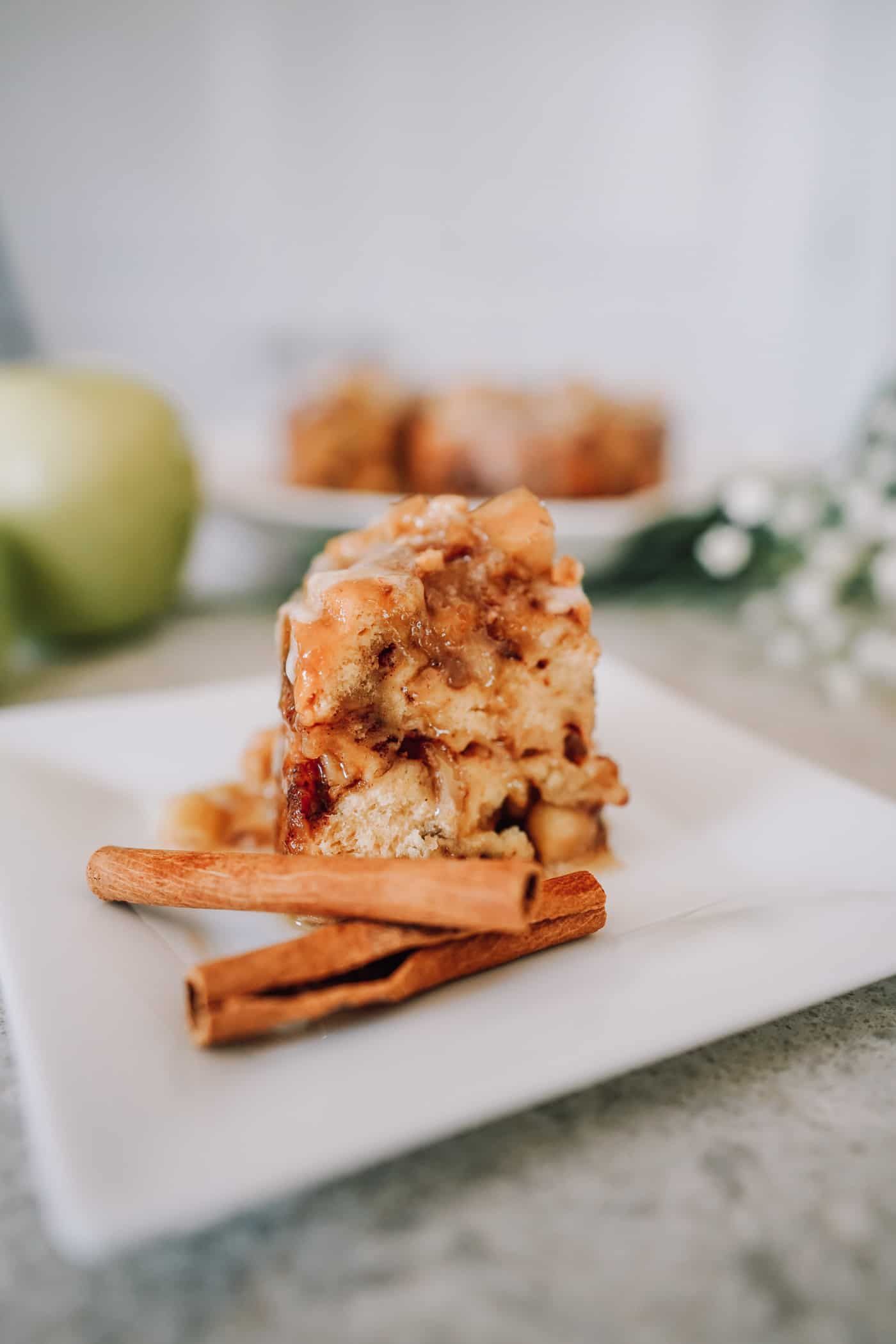 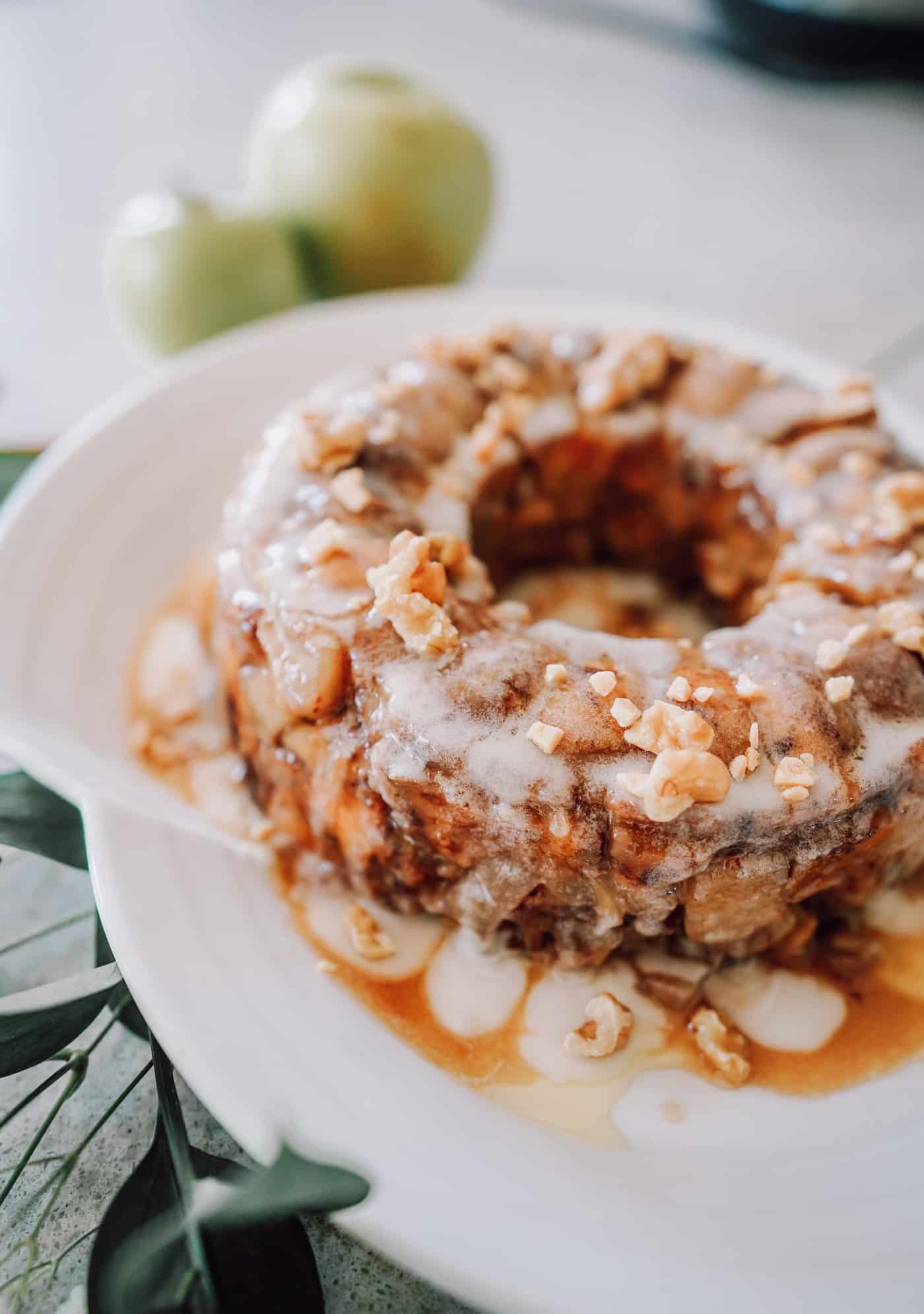 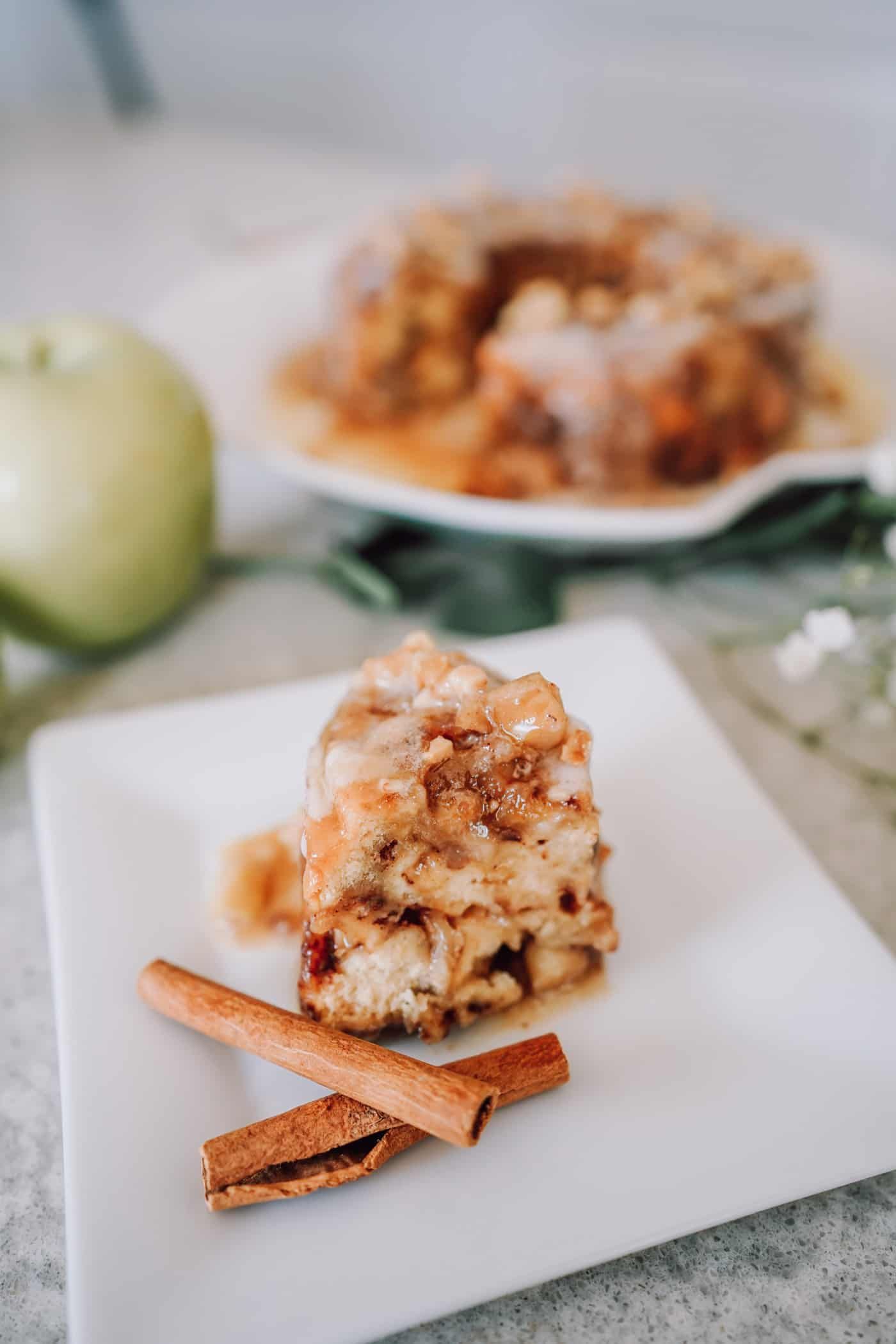