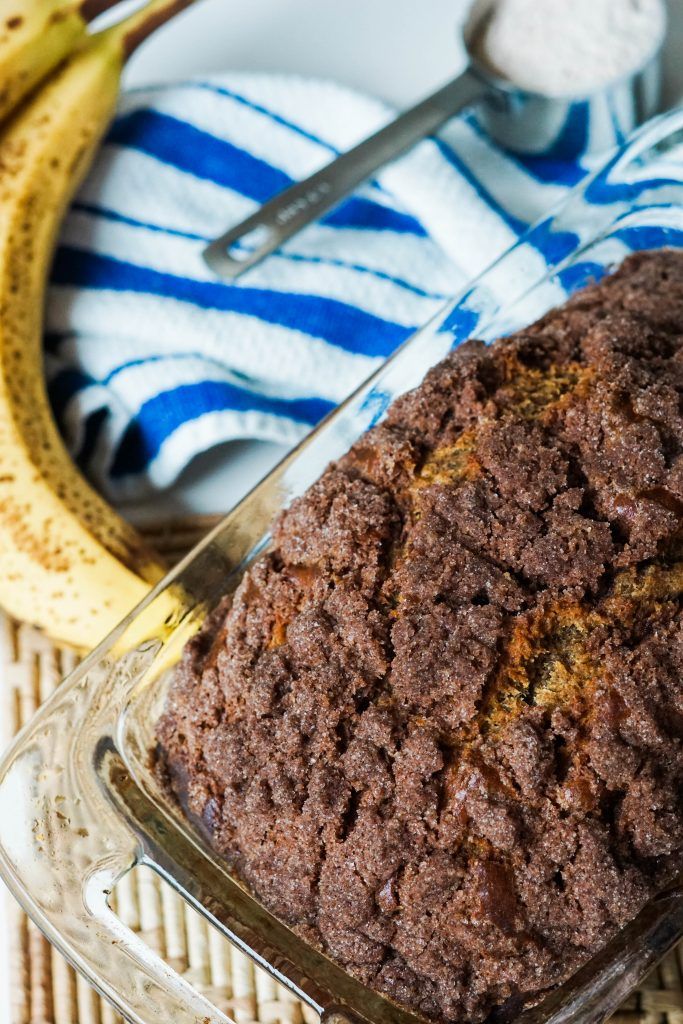 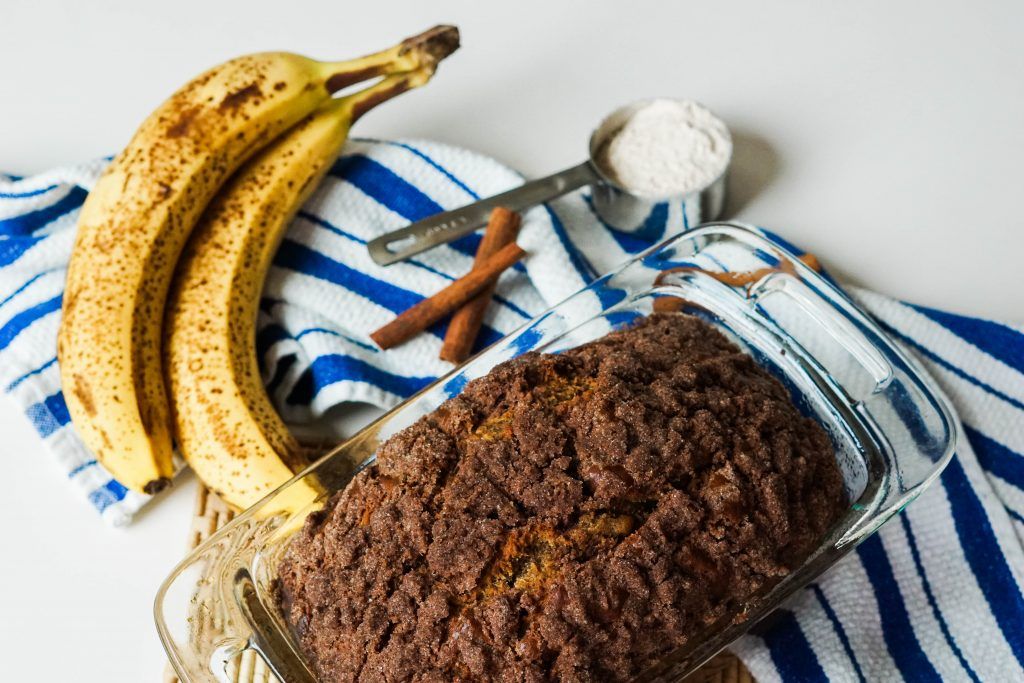 These last few months, I’ve found a serious knack for baking! I’ve been trying out different recipes and testing healthy alternatives. It’s been fun to see what works and what’s a total bomb in our household. I’m a huge banana bread fan, and came across a cinnamon banana bread recipe that sounded fantastic, but way too sweet. With a few simple ingredient modifications, the healthy-ish cinnamon banana bread was born!
To be honest, I normally am not the type to swap out ingredients for healthier alternatives. However, now with more time on our hands, I’ve been enjoying trying out simple swaps like applesauce for sweetener. 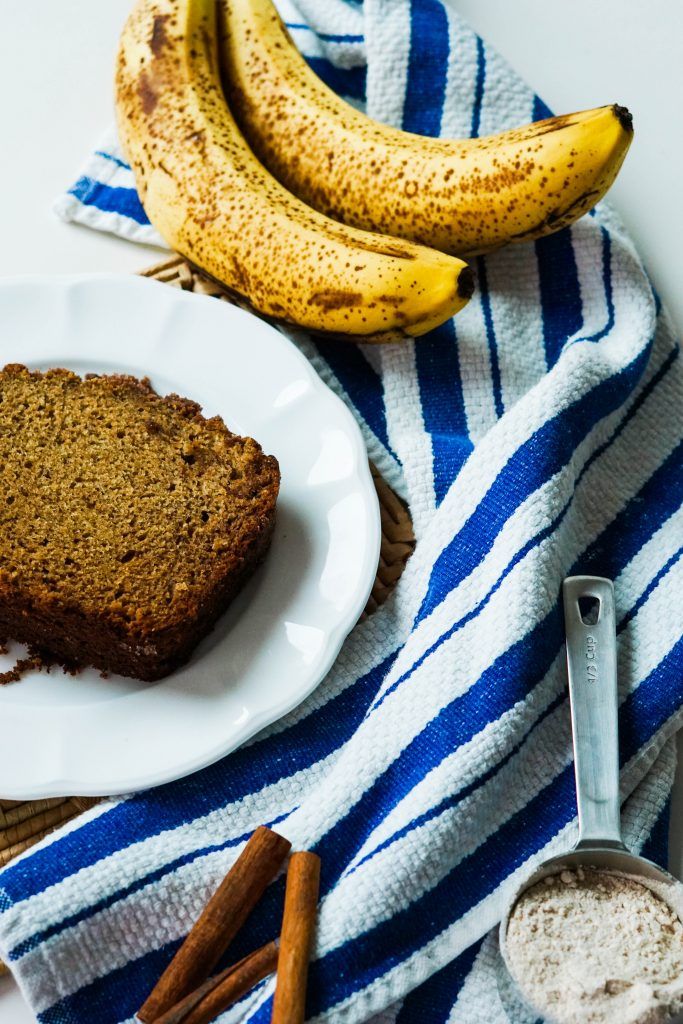 Let me be the first to tell you that this cinnamon banana bread does not disappoint! I had some overly-ripe bananas on their last leg, and figured I could whip up some banana bread with them, instead of throwing the fruit away. It’s relatively easy to make and bake. I love the unique addition of the crumble on top. It adds just a touch more of sweetness to each bite.
Have you cooked with Safflower oil? My husband Rick actually turned me on to this healthier alternative. I used to always use plain old vegetable or Canola oil when a recipe called for oil, however now I only keep Safflower oil in my pantry. It’s rich with unsaturated fatty acids (healthy fats) and the flavor is neutral, unlike say Coconut oil.
I call this the healthy-ish cinnamon banana bread because it’s still sweet and not completely void of ingredients that can be bad for you. But mmmm it’s so good! Pair a slice of it with a glass of my favorite cold brew for an afternoon snack. And if you have kids, this is the perfect snack bread to have on hand, I doubt they’ll even notice the healthy ingredient swaps; it’s still that delicious!