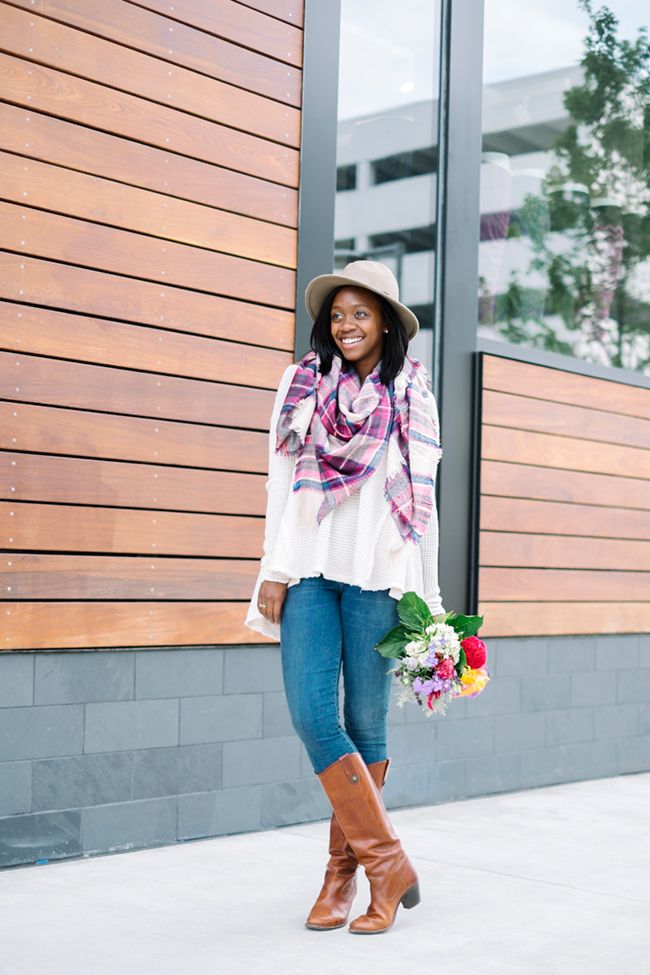 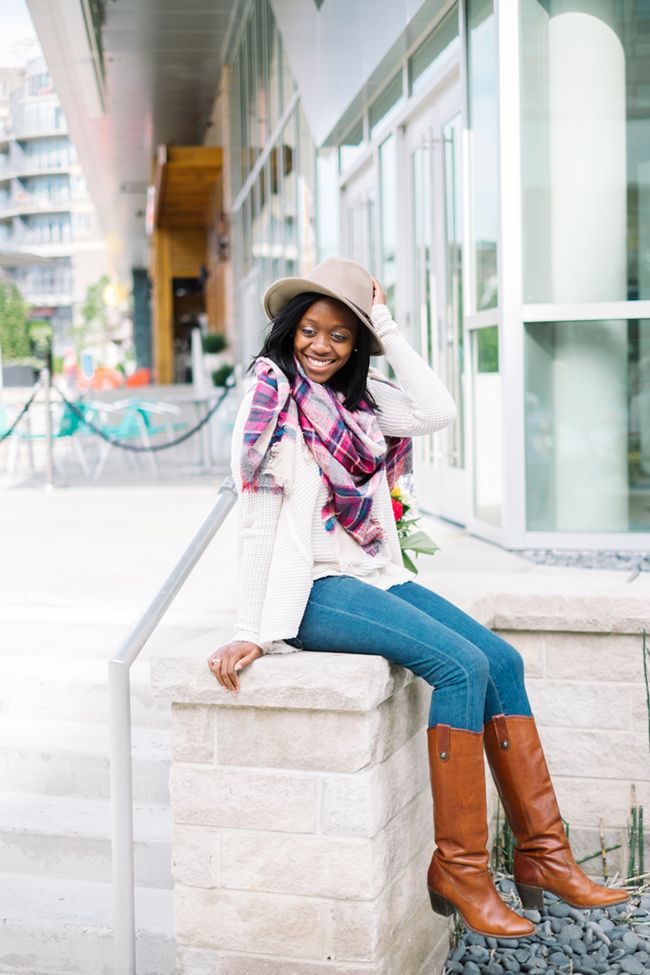 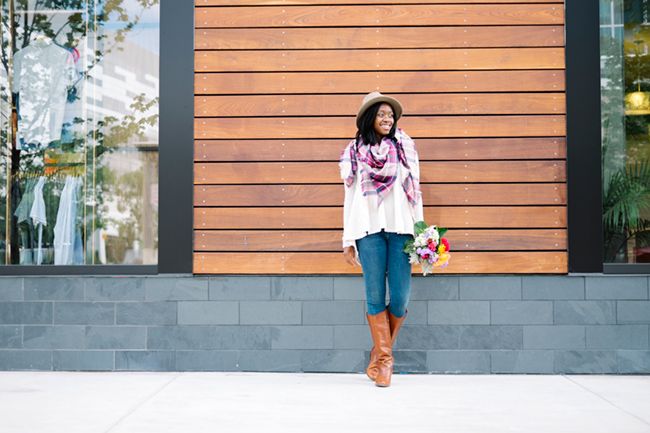 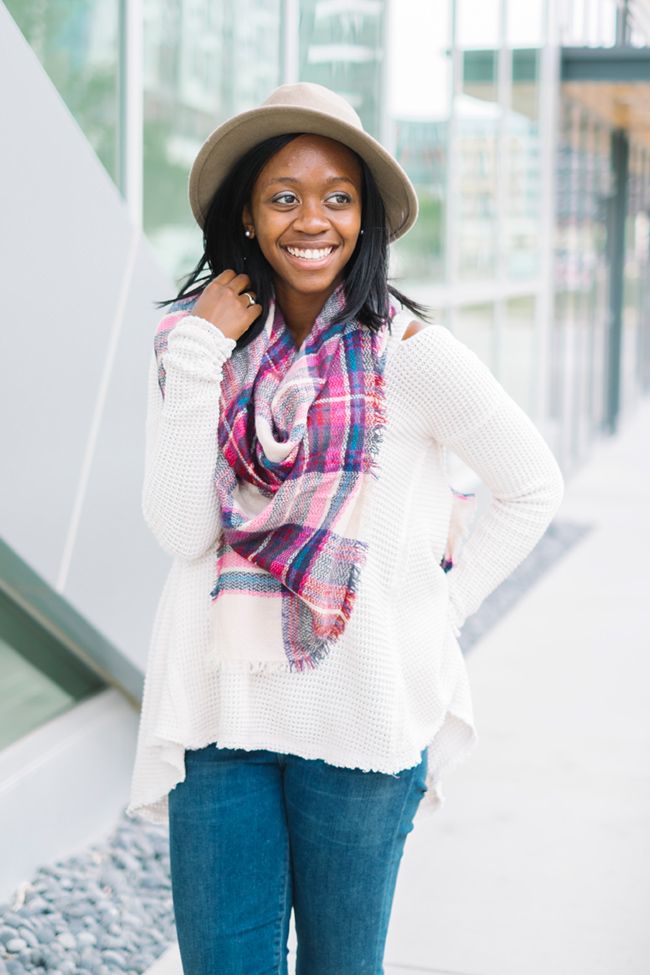 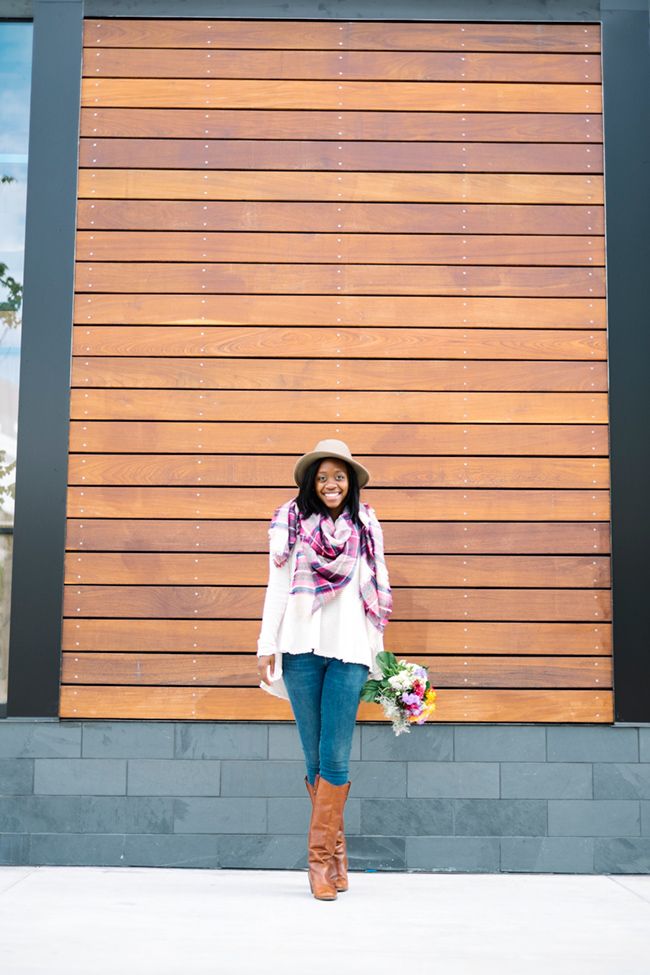 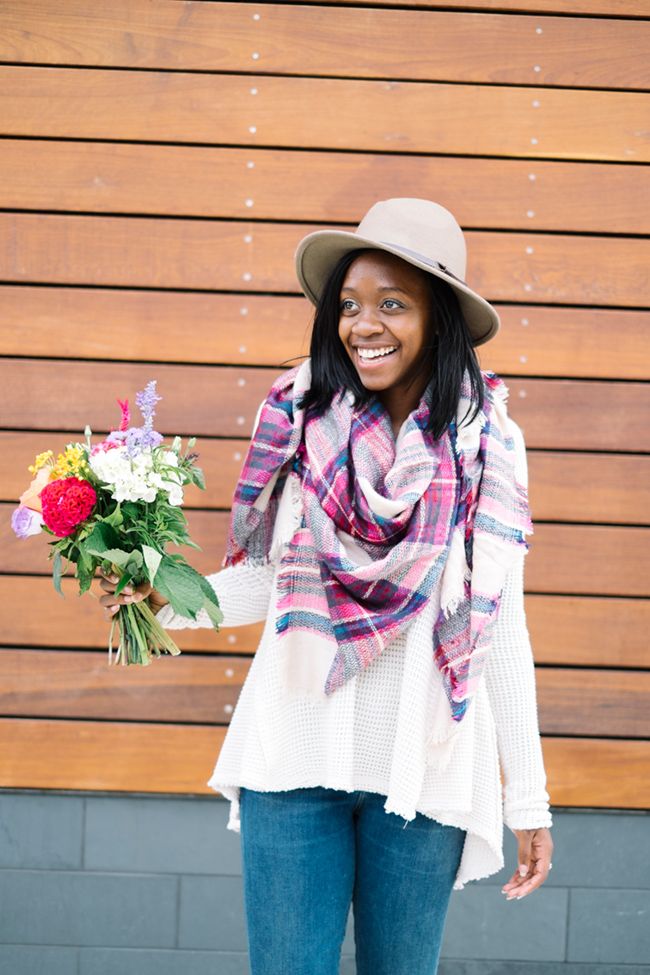 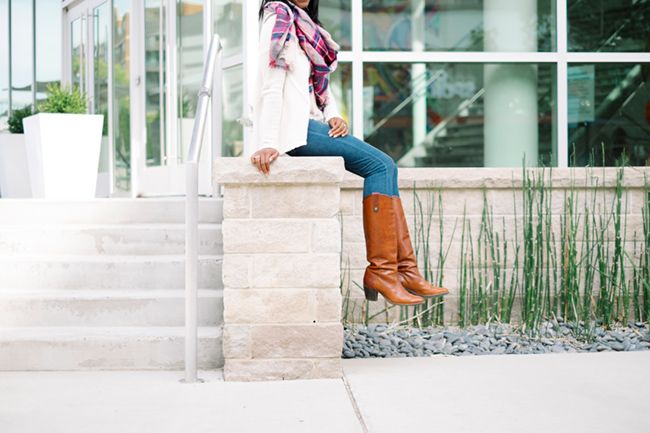 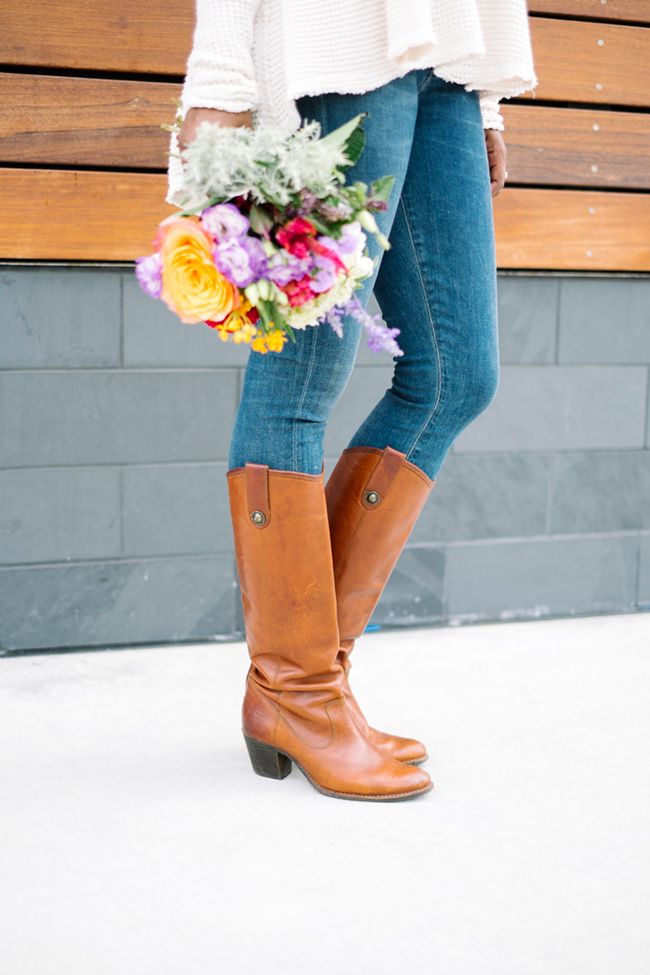 I was trying to wait until later on in the fall to post this look from the South Moon Under photoshoot I did, since it’s still way too hot out to rock this cozy ensemble. However, 1. it’s too good and 2. life just kind of happened this weekend and I wasn’t able to squeeze in a proper shoot this weekend, so voila. Let’s just pretend it’s November already, k?
I will say that if you’re going to pick up a blanket scarf for fall, do it within the next couple of weeks. The good ones tend to sell out super fast. I usually add 1-2 new blanket scarves to my collection each season, and it’s worth it since winter tends to drag on and on and on in D.C. I’ve also had this pair of Fryes for a few years now (fun fact: they were the first thing I purchased with my very first paycheck from my very first full-time job out of college).  I think they’re even more striking in person, and it’s one purchase I will never, ever regret!