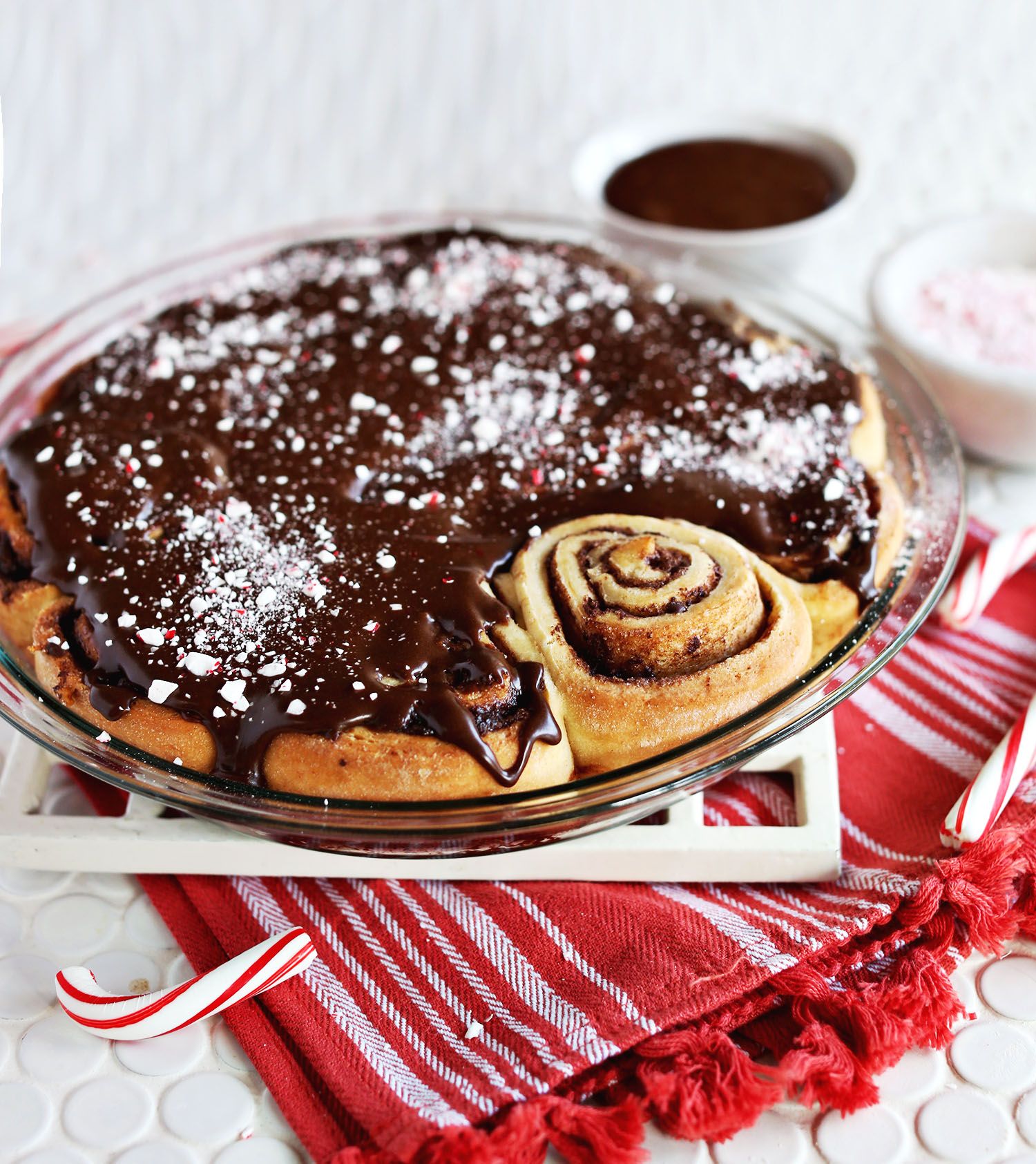 I made these chocolate sticky buns just thinking about Christmas morning, as that’s a great time to have such a decadent breakfast. Ha! But really, any holiday or special brunch potluck event would be a perfect place to bring these. I had a hard time deciding what to name these as they’re kind of a hybrid of chocolate croissants meets cinnamon rolls topped with a chocolate donut glaze. Are they as rich as they look? YES. If you don’t like chocolate, do not make these chocolate sticky buns. You have been warned. 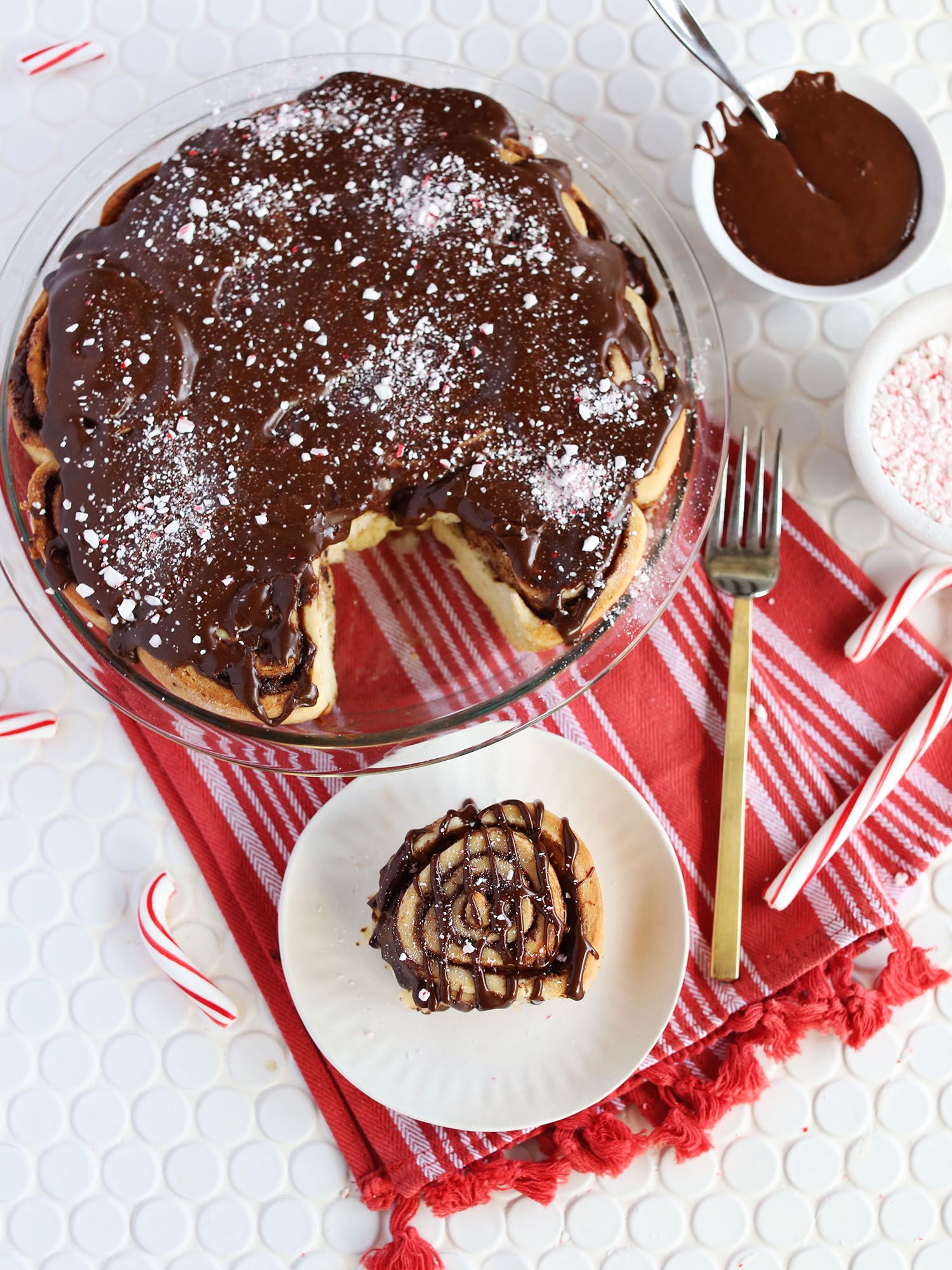 Feeling festive, I topped this batch with crushed candy canes. But you could skip this, or add a number of other toppings you might prefer. I think toasted coconut flakes, sliced almonds, or just a big sprinkle of flaky sea salt would be amazing. 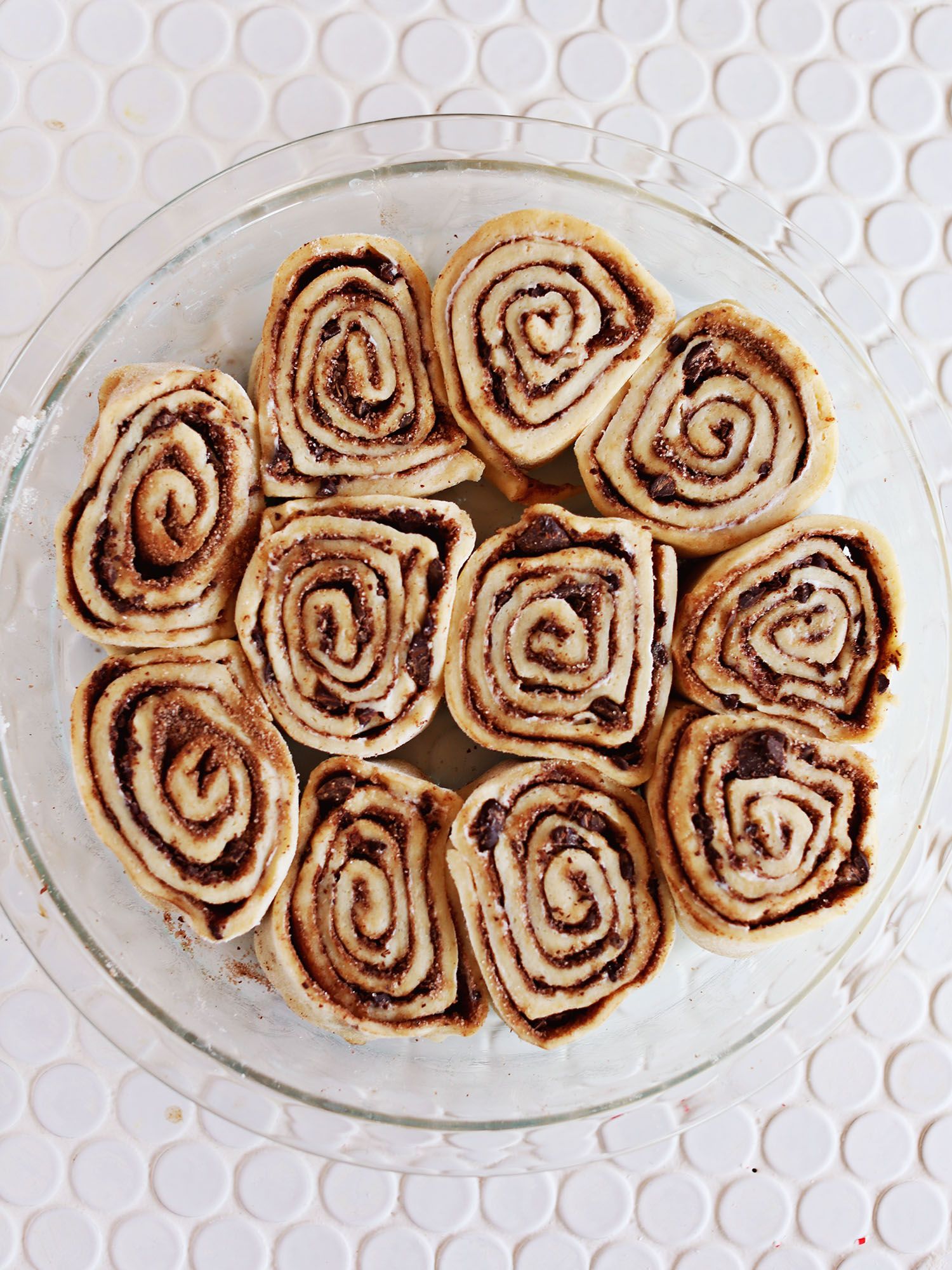 The recipe below will make plenty of chocolate glaze, enough to fully coat these sticky buns. But if you prefer to just drizzle the sauce on so that you can still see that pretty cinnamon roll look, don’t worry—they are filled with butter, chocolate, sugar, and chopped dark chocolate, so you won’t be missing out on any chocolatey flavor if you choose to go lighter on the glaze. 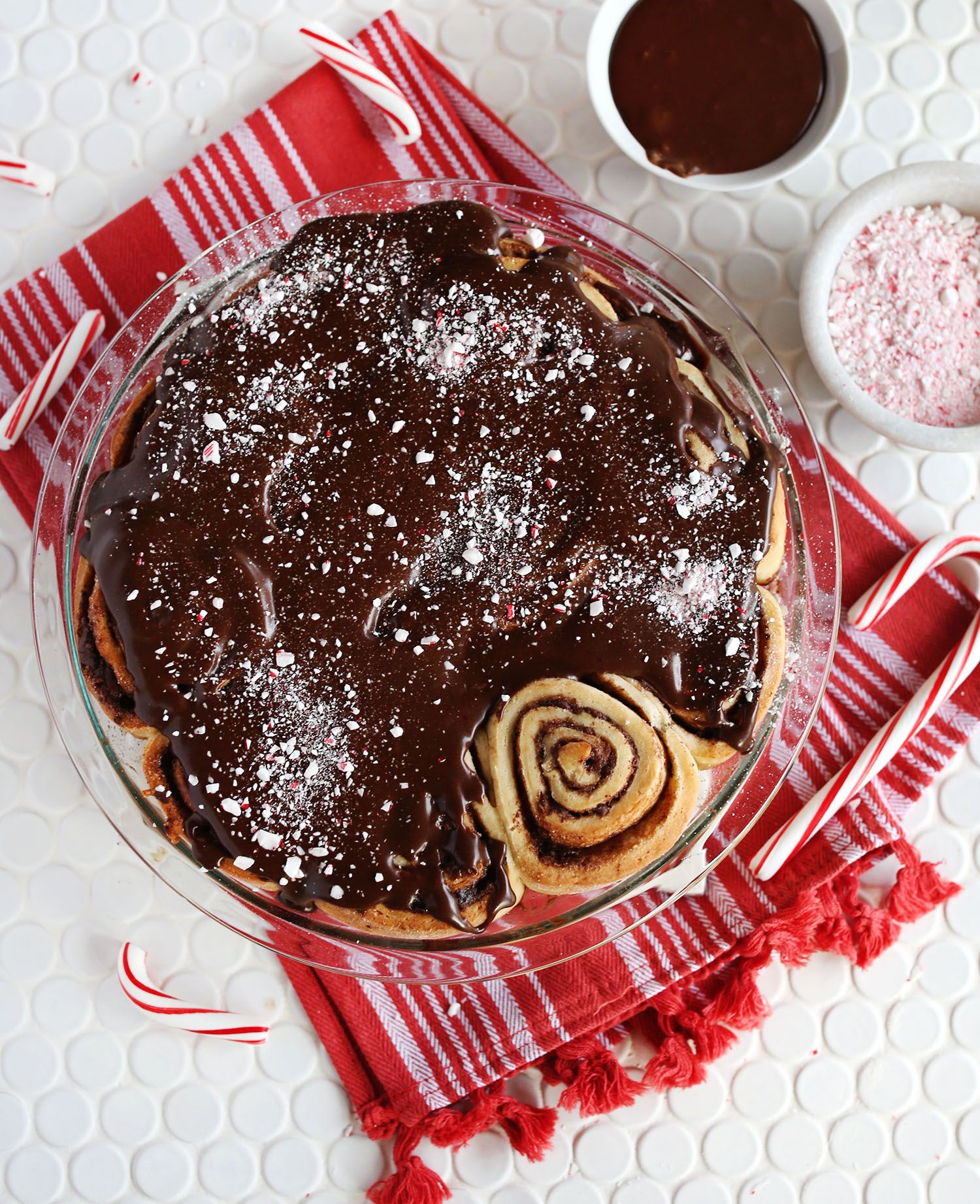 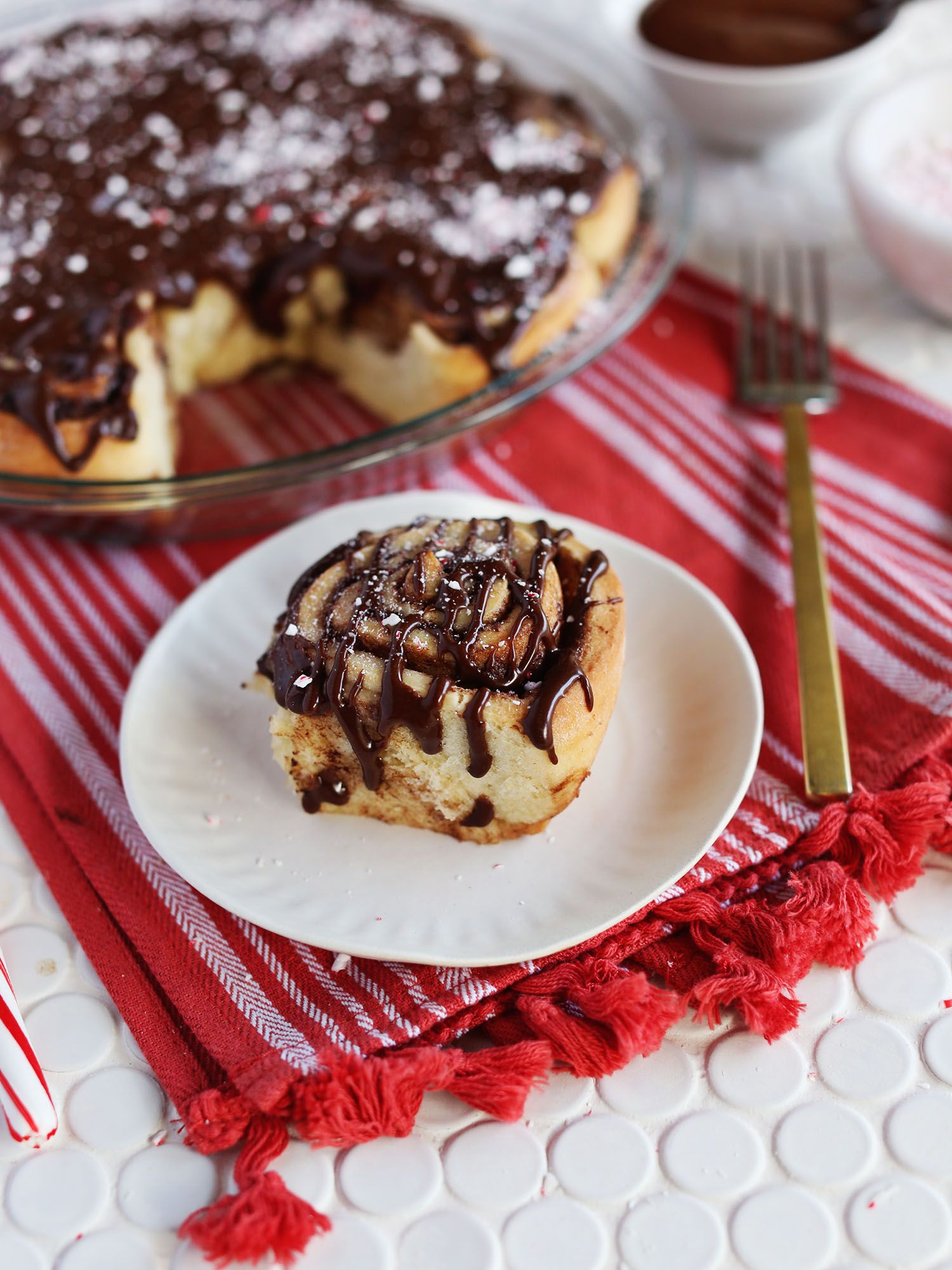 If you need to travel with these, I would keep the glaze separate then rewarm the buns once you get to where you’re going, and then drizzle on the glaze before serving. But these are pretty darn tasty cold too if you ask me. Happy baking! xo. Emma