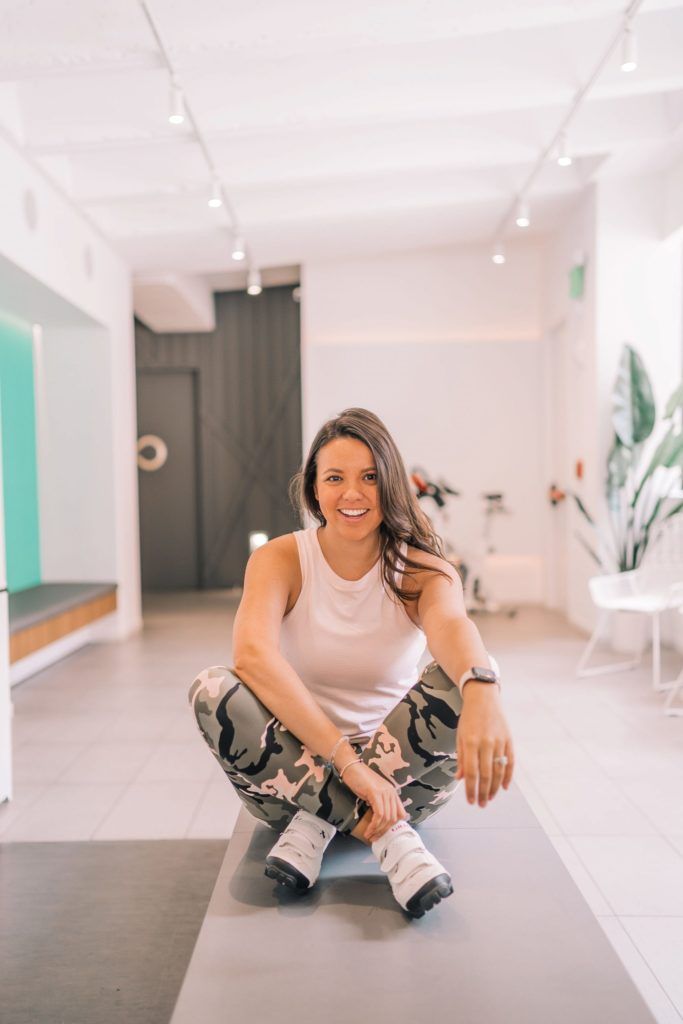 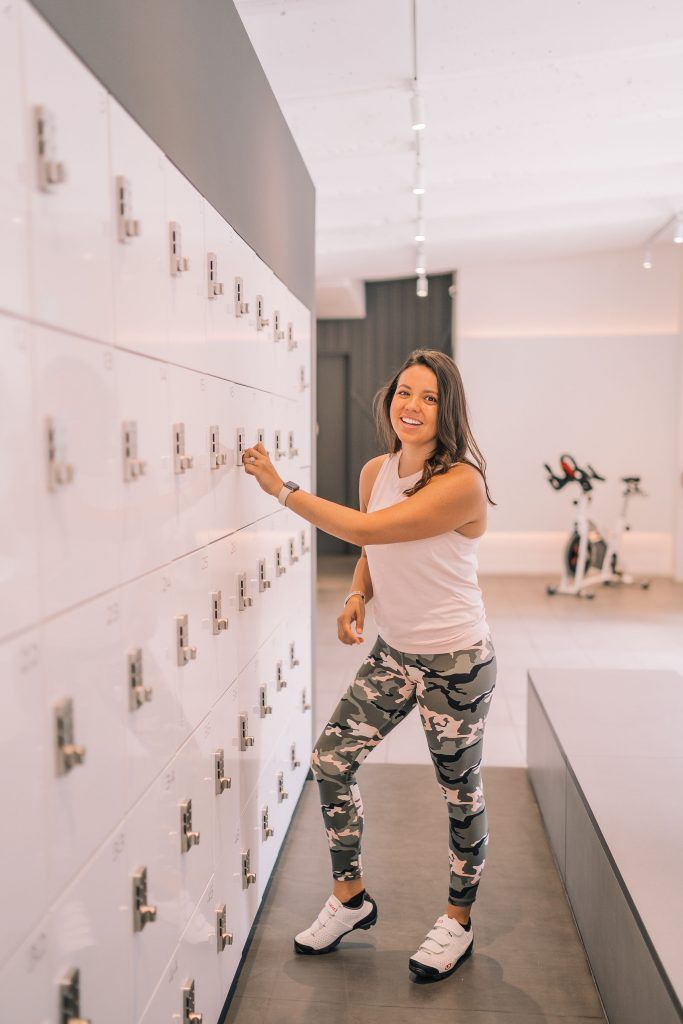 It’s been awhile since I popped on for a workout update! Figured there was no better time, as I wanted to share this workout outfit we shot a few months ago for an Instagram campaign – aren’t these camo workout leggings so fun?
Tank (similar style here) // Camo workout leggings // Spin shoes // Socks (my favorite for workouts!) // Apple watch
I’m usually not one to splurge on expensive workout gear, but I’ve quickly realized that the quality of my workout leggings matters. Of the more expensive pairs I’ve bought throughout the years, they’re all still going strong, compared to the cheaper pairs that have pilled fabric, rips or holes that have appeared from wear.
These camo workout leggings are by a newer to me, high-end, athletic brand called The Upside. I love their fun patterns, plus it’s fashionable athletic wear. It’s an Australian brand that’s just cool. 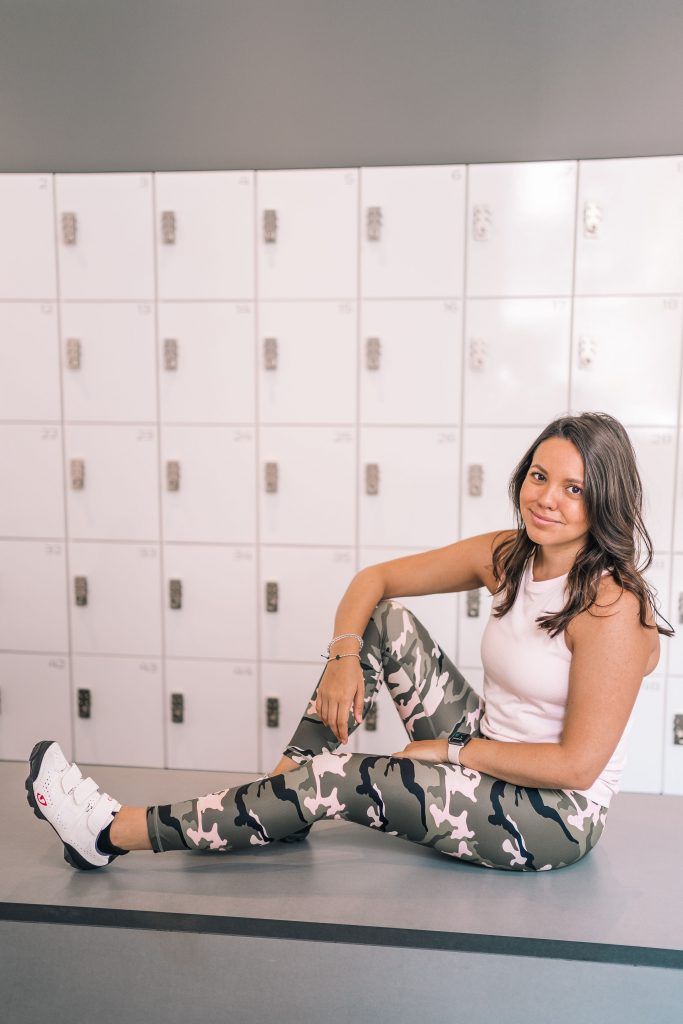 I will say, the brand comes at a price. I am in love with my camo workout leggings, but I’m not sure how often I’d drop over $100 on more than one pair. Of course, Lululemon leggings can be over $100, though. If you like the look, but not the price, here are a pair of printed Upside leggings on sale for under $70!

As I previously mentioned, it’s been a few months since I last did a fitness update. If you follow along on Instagram, then you’ve seen me posting more fitness updates there. I try to hold myself accountable on that platform by posting my workouts, but I also want to try harder to share here, too. In terms of updates, there has definitely been a big change since I last posted (see previous post here).
I started taking spin classes! 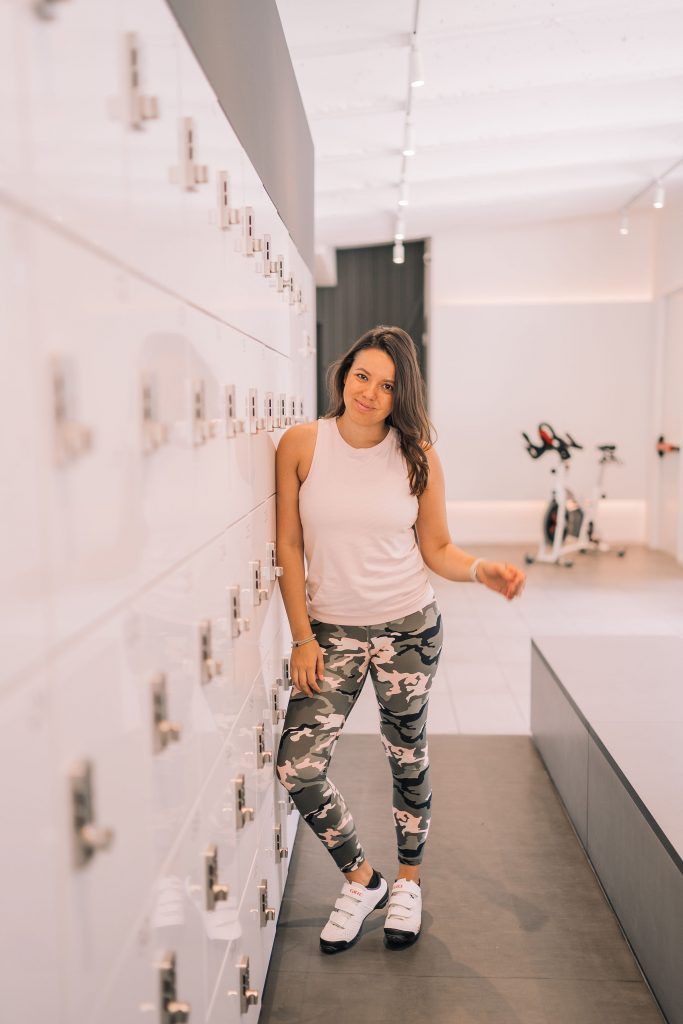 Guys, I was ALWAYS skeptical of spin, and had tried it once and hated it. But, after much encouragement I went with a friend to a SoulCycle class, and let’s just say I’m now hooked.
And before you tell me I’m late to the game, I know. I used to be so anti spin class. The only class I had ever previously taken felt extremely clicky and was one of the most difficult workouts ever. Nothing made sense and the instructor wasn’t helpful.
However… after taking two SoulCycle classes back in April, I realized this was the workout routine I’d been sorely missing in my life. The energy in the classes is like nothing else I’ve ever experienced. The music is so much fun, I love the choreography (albeit sometimes super difficult and exhausting), and just the overall mentality at the classes is so upbeat and positive. Yes, they’re expensive, but the class itself goes by super quickly and I actually look forward to each visit. Cole is my absolute favorite instructor! 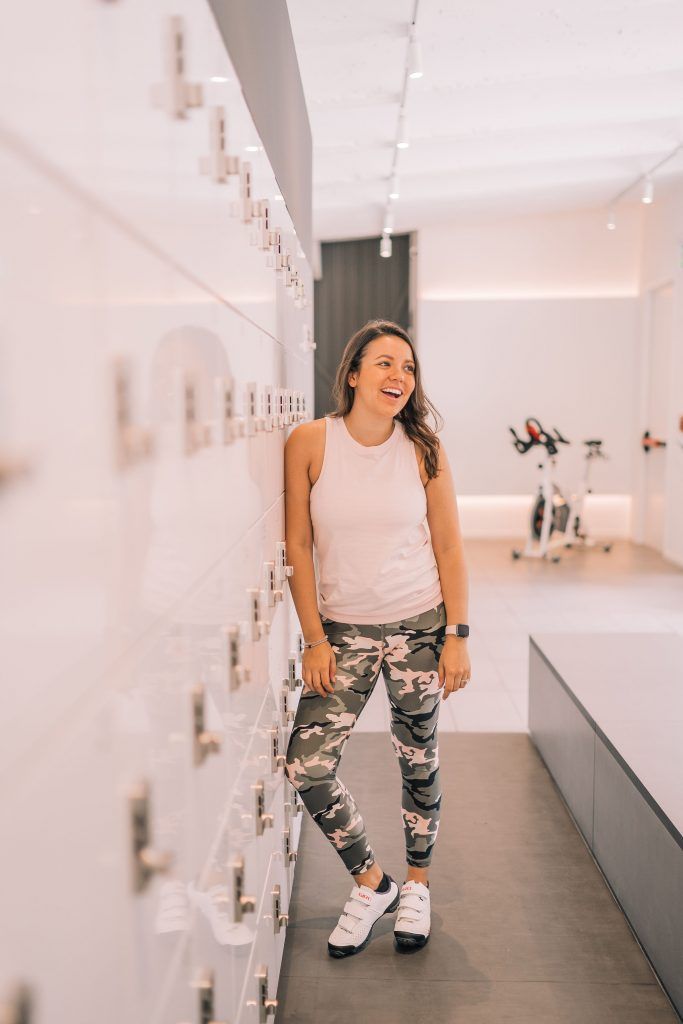 Touching a bit more on the expense, due to budget constraints I’m unable to do SoulCycle more than 2x per week (Hey SoulCycle if you’re reading this, would love to partner together for the blog!!). Because of the cost, I’ve still kept my ClassPass membership active to mix in a few other spin classes from other local studios. I’ve taken classes at Ride, Ryde and Define Revolution here in Houston.
Out of those three, Ryde is definitely my ClassPass favorite, but I’d say it’s a bit more ‘clicky’ and the room is extremely dark at all times. It doesn’t bother me, but I could see how it would be bothersome for some, especially if you’re not too sure of yourself or arrive late. I’ll admit in Ryde, sometimes I’ve felt a little self-conscious about my appearance and not wanting to take off my shirt mid-spin to finish the workout in my sports bra. As far as instructors go at Ryde, I recommend CJ and Joaquin, both are energetic and have good playlists, but they’re tough and a bit more advanced.
Since I still have my ClassPass, in the last few weeks I’ve been trying to mix in some barre, pilates reformer and yoga. In the next week or so, I’m going to try and start doing three workouts a week – one spin class and two lower-impact pilates reformer or barre classes. We’re heading to Hawaii over Thanksgiving, so I officially have seven weeks to tone it up!
How do you feel about spin classes? It’s been fun to make new friends and get to know the instructors. I know quite a few people who have the Peloton bikes for at home spinning, but I know I need to go in and take classes – there’s just something about the group workout environment that gets me going!