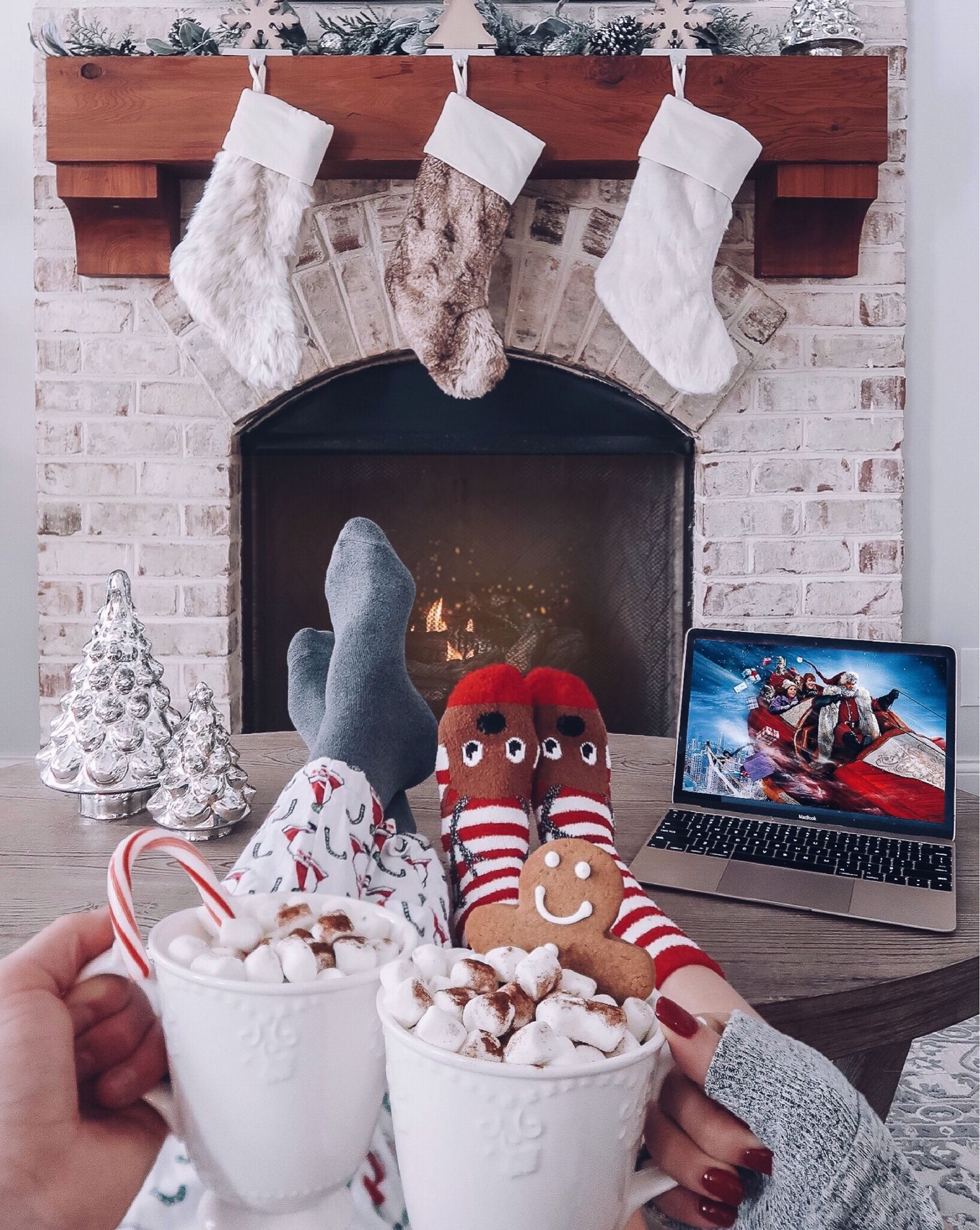 For the past three years, I’ve done a blog post on my favorite Christmas movies on Netflix – and it might be the most fun post I write all year! Mainly because it involves watching looots of Netflix, haha. Chris and I are currently snowed in – if you are too, it’s the perfect opportunity to make some hot cocoa and settle in for a Christmas movie. There are some really good new releases this year!
Let’s get started!

I somehow managed to get Chris to watch this movie with me, and he agreed it’s one of the better ones on Netflix! Don’t tell Chris but I had a slight crush on the movie’s main male character, Connor, he’s soooo cute. The gist of the movie is this: wedding planner Kelsey Wilson is about to kick off her career by planning her cousin’s lavish wedding. She’s doing a great job, that is until Connor McClane shows up, a private investigator that’s been hired to investigate the groom. The acting isn’t all that great, but I really fell in love with all the characters. Oh and one other note: the ending is RIDICULOUS, however, it didn’t really affect my overall love of the movie.

Christmas With a View

Chris and I both loved this one!! Set on a swanky ski resort, it automatically establishes cozy Christmas vibes right from the start. The whole ski resort is buzzing when a celebrity chef is named the new head chef. Clara, who manages the restaurant, is less than excited about his arrival, but it’s not long before sparks begin to fly. I thought Clara was really pretty, and the whole story seemed pretty realistic to me the entire time. Like I said, even Chris loved this one!

The Christmas Chronicles seemed like a movie that we should be watching in theaters… it was so high-quality and well done! This movie is one for the whole family, I think kids in particular would really love it! It’s Christmas Eve, and brother and sister Teddy and Kate Pierce are trying to catch Santa Claus on camera. They succeed, but when Santa accidentally crashes his sleigh, the siblings are right there to help rescue him. There were a couple of emotional parts to the movie that had me crying – and the whole movie is about "Christmas spirit" and getting people to believe in Santa Claus. Make some popcorn and put this one on the big screen TV for the whole family!

This movie is one of my favorite Christmas movies of all time and is a true classic. This romantic comedy follows eight couples whose lives intersect right before Christmas. The story takes place in London and enlists some of the best British actors to tell the different love stories. Although there are too many characters to go into here, I will say I ADORE Hugh Grant in this movie.

This one is new to Netflix this year and I absolutely loved it. After receiving a mysterious Advent calendar from her grandfather, Abby soon realizes every gift she receives from the calendar is a clue about what is going to happen to her that day. There’s a lot going on in this movie… Abby’s cute best guy friend, a new guy that Abby has just started seeing, and Abby’s desire to get away from her dead-end job as photographer at the mall. I really loved the ending of this one (and it’s realistic, too, haha). This one is a must-watch!

The Spirit of Christmas

This one was on Netflix last year but its still one of my favorites!!! I cried in this one  Also – the plot may sound a little crazy, but it totally works when you watch the movie. Kate, a workaholic lawyer, has three weeks to get a haunted bed and breakfast appraised and sold. The manager claims a ghost who lives there will not approve. Kate meets the ghost – who happens to be a very handsome man – and ends up falling in love with him throughout the movie.

Another favorite from last year! The main character, Kayla, is engaged to marry a self-centered film and stage director/choreographer, and you can tell right from the beginning that their relationship is crumbling. When Kate accidentally kisses a man in an elevator (what it is with these elevators in Christmas movies!!! lol) she ends up falling for him, and him for her. Some of the acting in this one is a little iffy, but overall it’s a great story

How the Grinch Stole Christmas

Although I still like the original cartoon better, this 2000’s remake of How the Grinch Stole Christmas is still a classic. Jim Carrey places the role of the Grinch, who plots to rob Whoville on Christmas. The Grinch has been an outcast all his life, but a dash of kindness from little Cindy Lou Who and her family may be enough to melt his heart.

I saved this one for last because to be honest… it wasn’t my favorite of the bunch. I was SO excited for this movie to come out because I love Vanessa Hudgens, I even had an alarm set on my phone as a reminder to watch it on the day that it came out! Stacy DeNovo is a talented young baker who runs a successful pastry shop in Chicago with her best friend, Kevin. Stacy and Kevin are spending Christmas in Belgravia where they plan to compete in a baking competition. When Stacy runs into the soon-to-be princess of Belgravia backstage, they are shocked by their identical looks, and concoct a plan to switch lives for a few days. Although the plot was well-thought-out, everything seemed a little too cheesy for me… and as much as I wanted to love it, I didn’t. I put it on this list because it’s worth a shot – you may end up loving it!
If there are any movies I missed, let us know in the comments!
xoxo by vogue womens