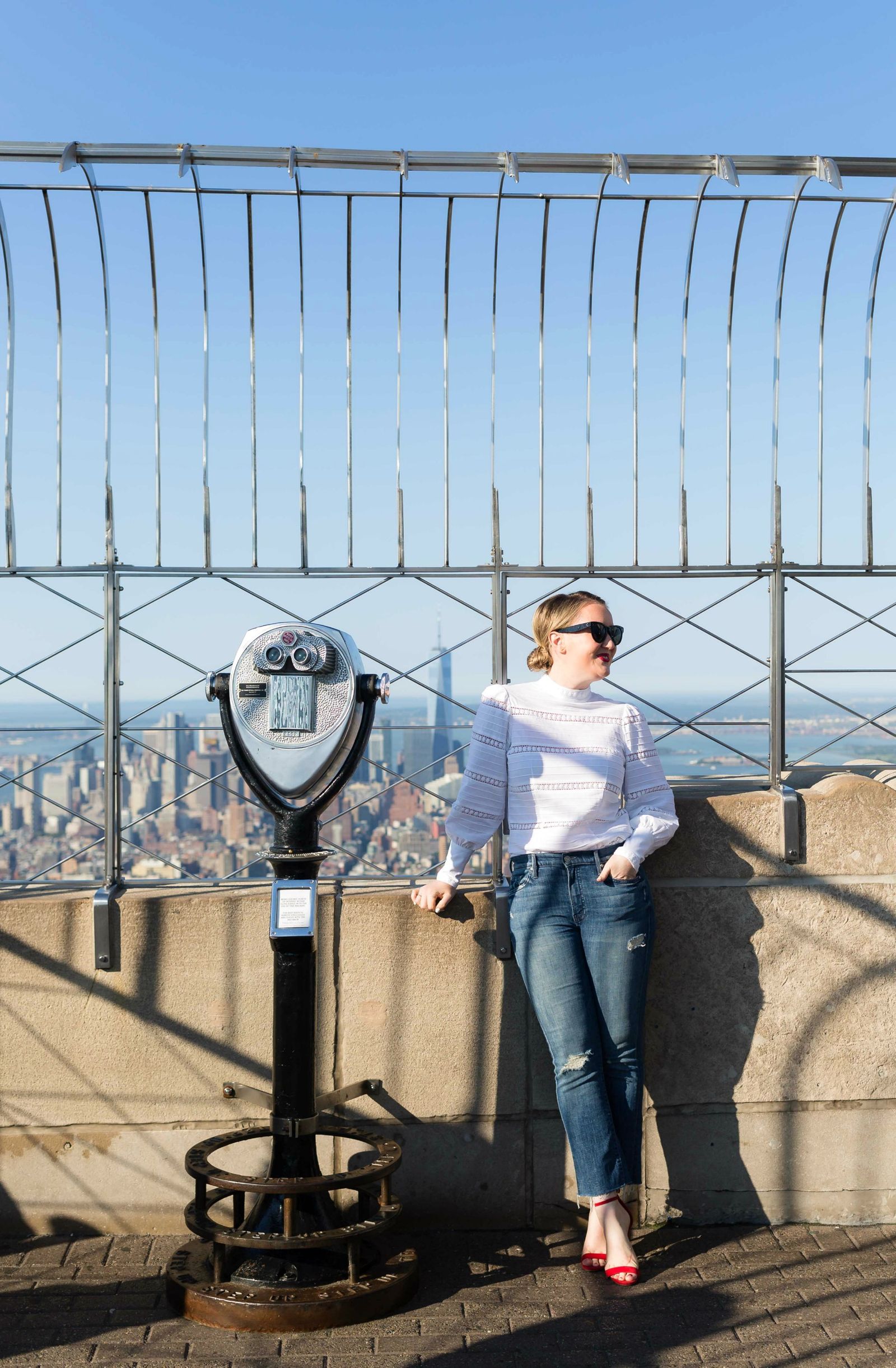 Happy Monday you guys! Hope you had a great weekend. I arrived home late last night from San Francisco after a great, great trip. Somewhat ironically, I toasted my seven year anniversary of living in New York while back in my old stomping grounds last week! The move feels like forever ago and yesterday at the same time. This time every year I always come back to the vivid memory I have of how I felt being on a one way ticket, sitting on the SFO tarmac about to be wheels up to my new home. I really love recognizing the anniversary of this momentous ocassion most years on the blog because it allows me opportunity to reflect. 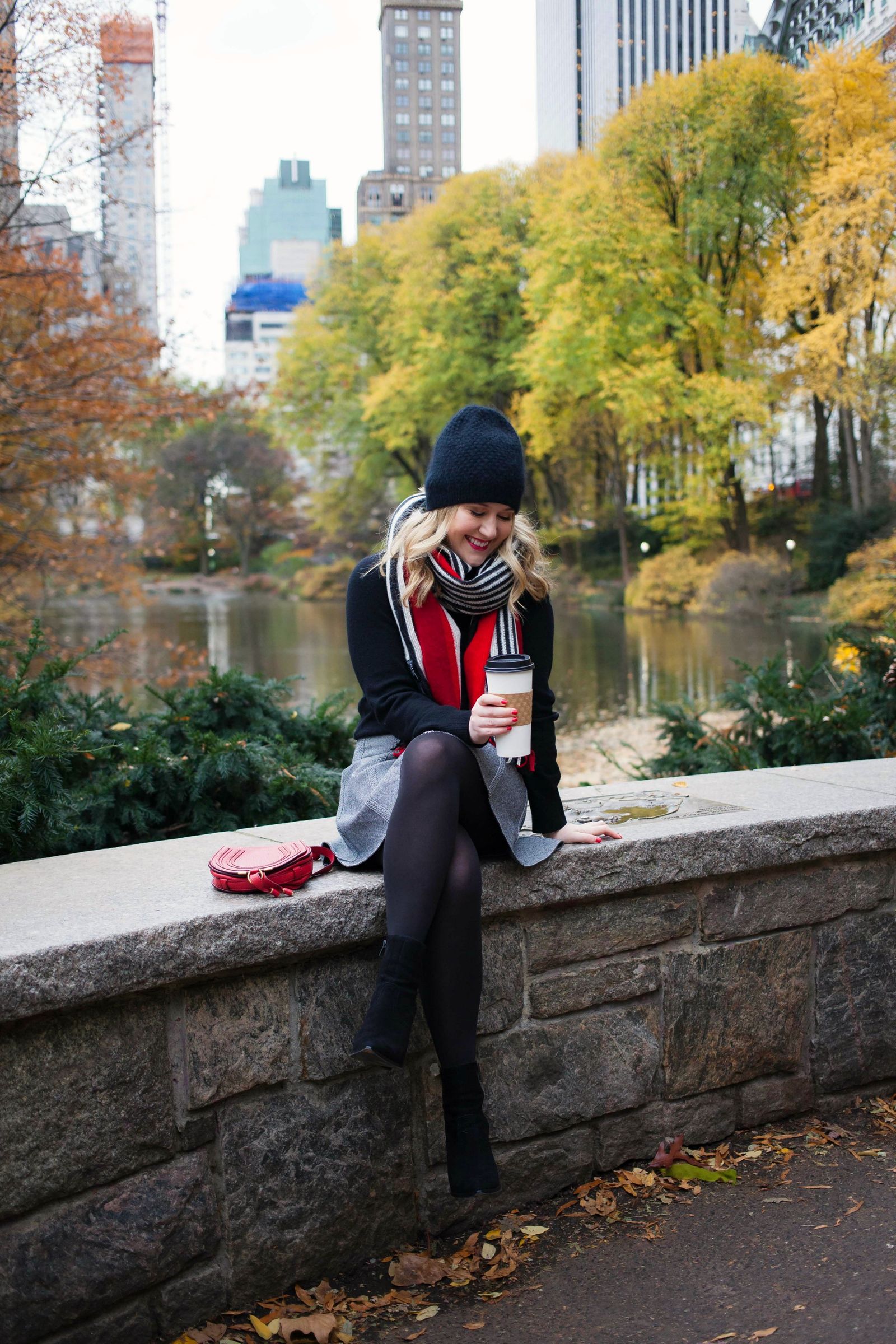 This year I thought it would be fun to recount some of the ups and downs I’ve had on this journey with you guys! If you know New York and have ever lived here you know it’s a city that really moves you. It has a way of challenging you and shaping you and making you grateful for everything and question everything all at one time.

February 1, 2011: 1 way plane ticket from San Francisco to New York secured! Morning flight = cancelled due to a blizzard. Rescheduled evening flight = cancelled. Will be staying in San Francisco one extra night. How anti-climactic!
February 2, 2011: Actually move to New York. Arrive to the Upper East Side with two suitcases and have to hoist them over a foot of snow onto the curb. I’m living in an apartment with one of my best friends and another roommate. 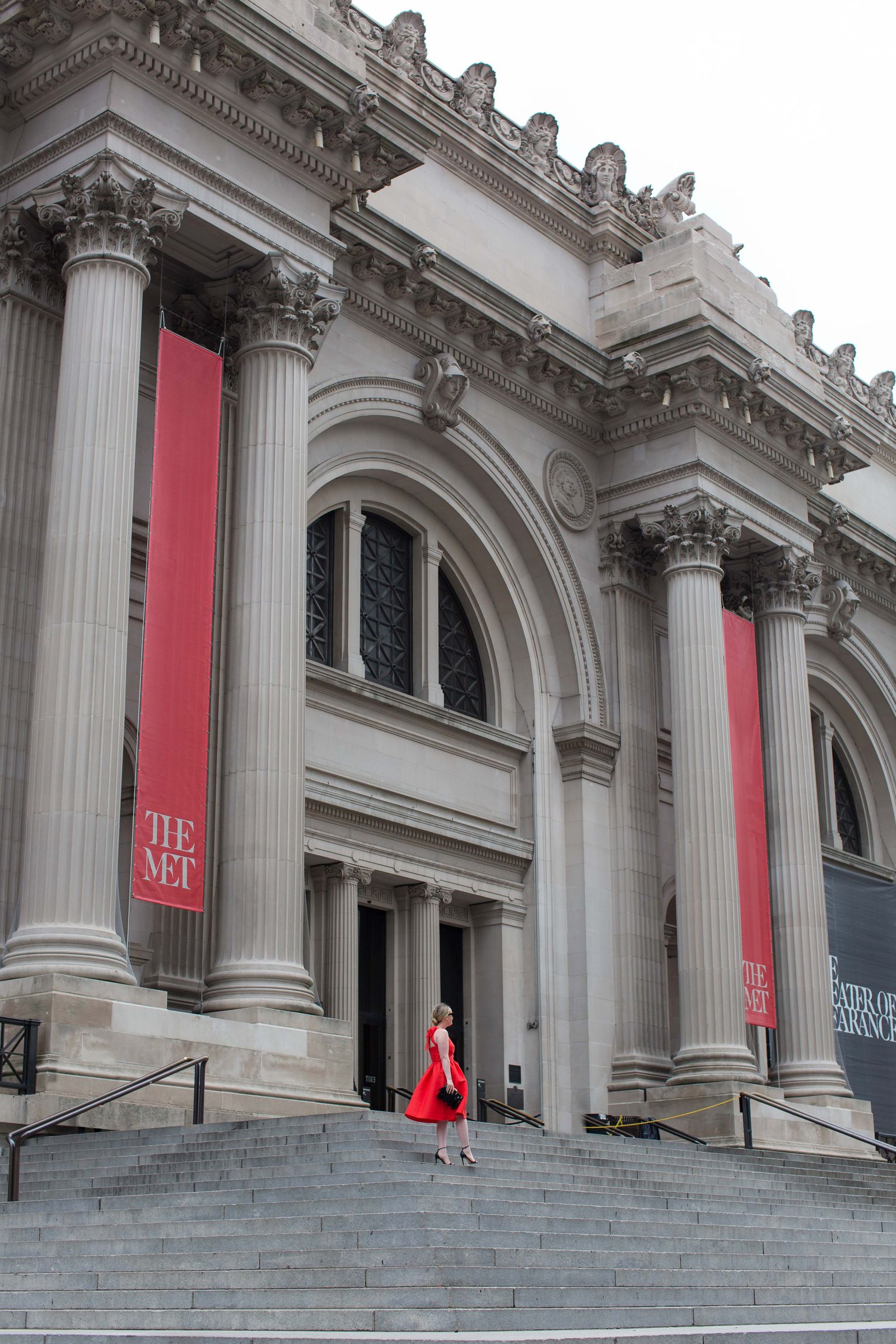 February 3, 2011: Start my new job! I’m working at a small PR agency on a variety of brands in categories including travel, food and beauty.
Mid-February, 2011: Two of my best friends from CA arrive for a visit to lessen the blow of separation anxiety. It is the first of countless trips these CA girlfriends of mine will make. The memories are priceless.
March 2011: Experience a true New York bagel and also a true bacon, egg & cheese. Life = forever changed. 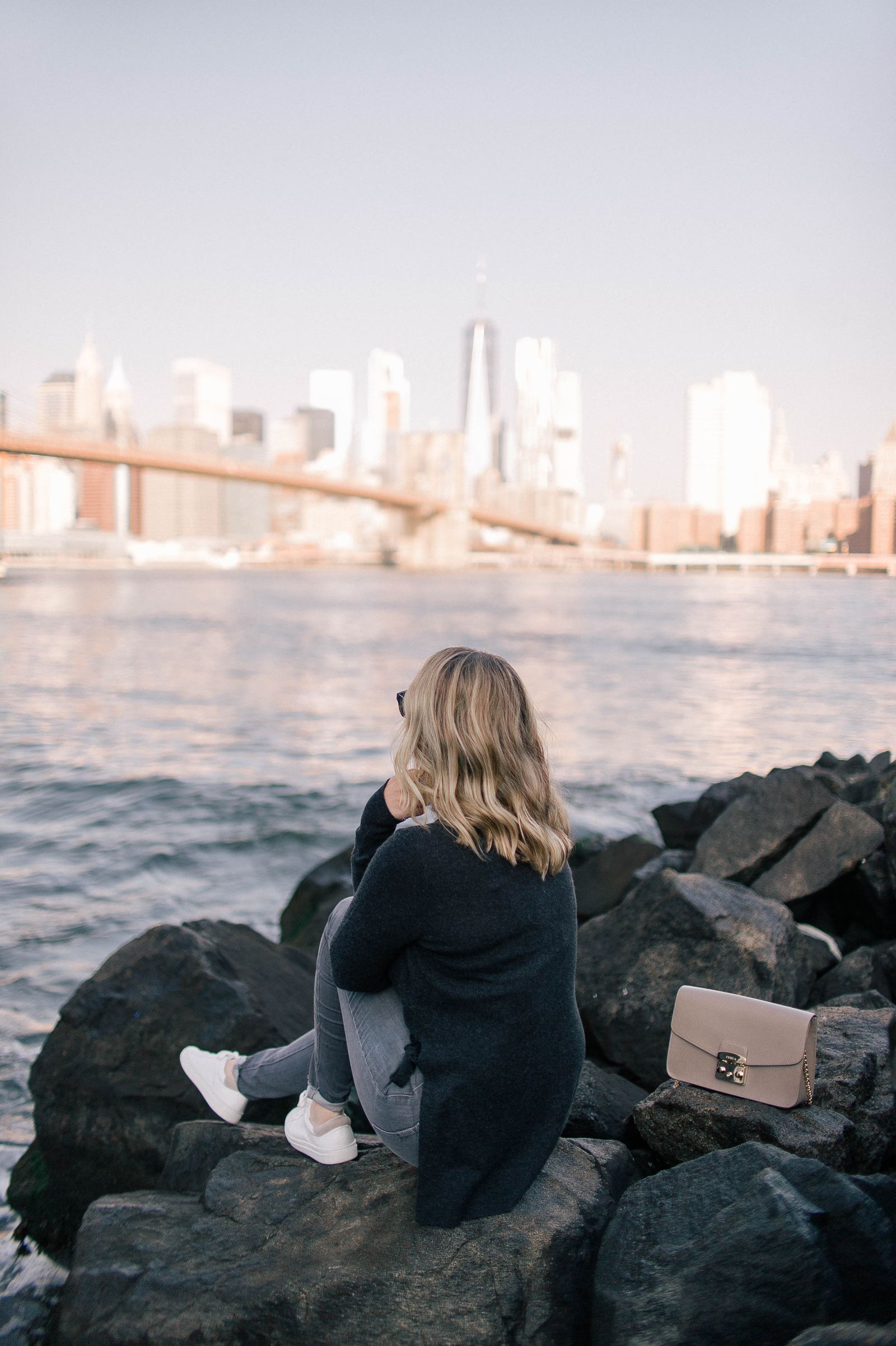 April 2011: Return to San Francisco for the first time and cry a lot over all the change and missing my friends.
May 2011: Visit The Hamptons for the first time. Totally understand the hype.
June 2011: My BFF/roommate on the UES experiences an unexpected tragedy and decides to leave New York. My safety net is subsequently gone. 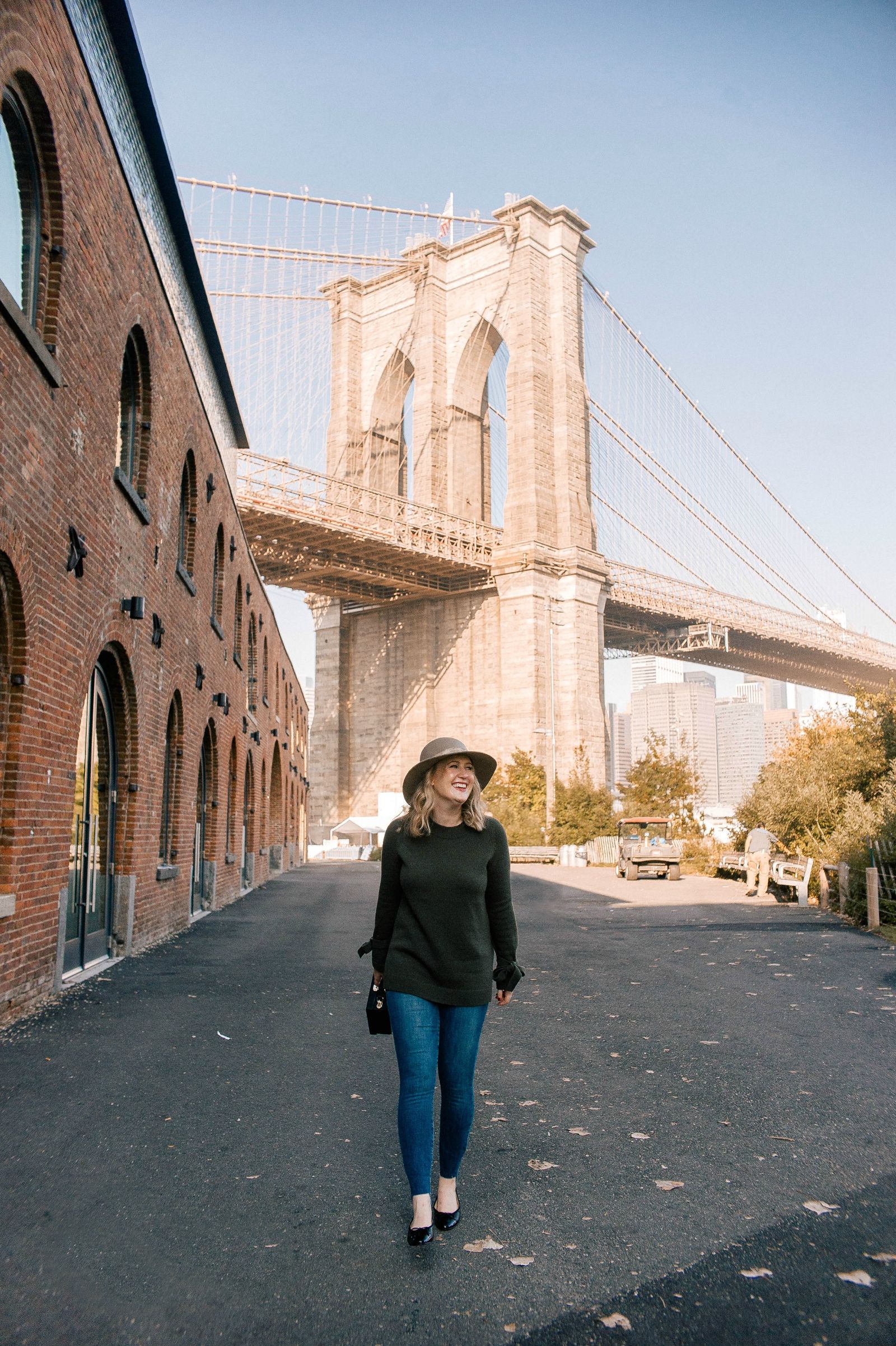 December 2011: I pack up my first apartment and ditch the Upper East Side for my first downtown apartment. Hello, East Village!
January 2012: I’m diagnosed with Grave’s Disease. I’m scared, devastated, emotional & confused. I’m lonely.
February-May 2012: A blur of doctors appointments and blood work and failed attempts at fixing my Grave’s disease. I gain 25 lbs due to emotional eating, lethargy and frustration. Somewhere in this time I dye my hair brunette because it feels like the only thing I can control about my appearance. 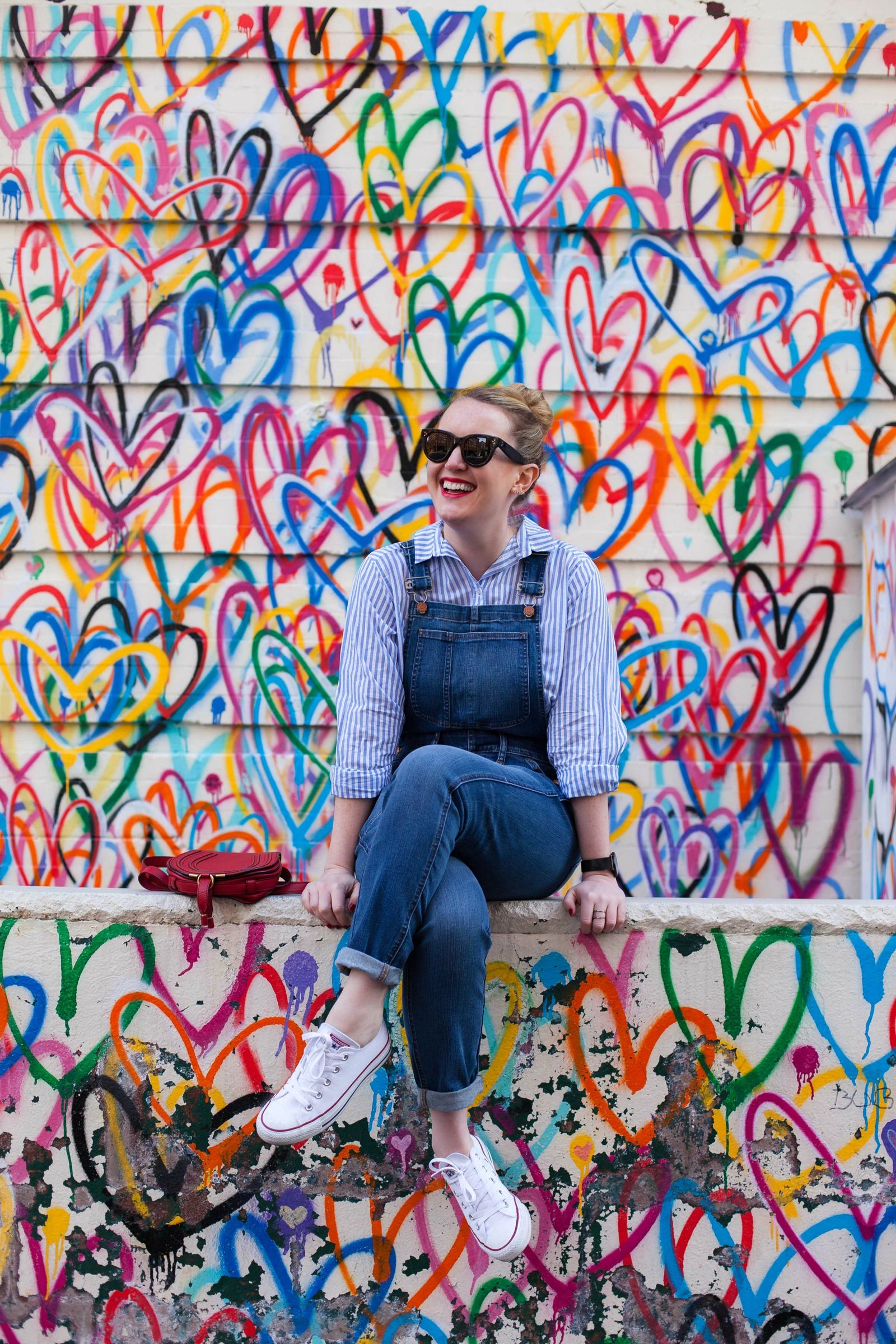 June-September 2012: I travel a ton for work and for personal. I host a slew of friends & family in town. I discover spinning and begin to try and lose some of the weight I’ve gained.
October 2012: Hurricane Sandy hits. We’re forced to evacuate our apartment and we won’t return for five days.
April 2013: I have a procedure to remove my thyroid to hopefully put me back on the path of health & wellness.
June 2013: My youngest brother moves to New York following his college graduation. My happiness at having him in the city knows no bounds (remains true to this day!) 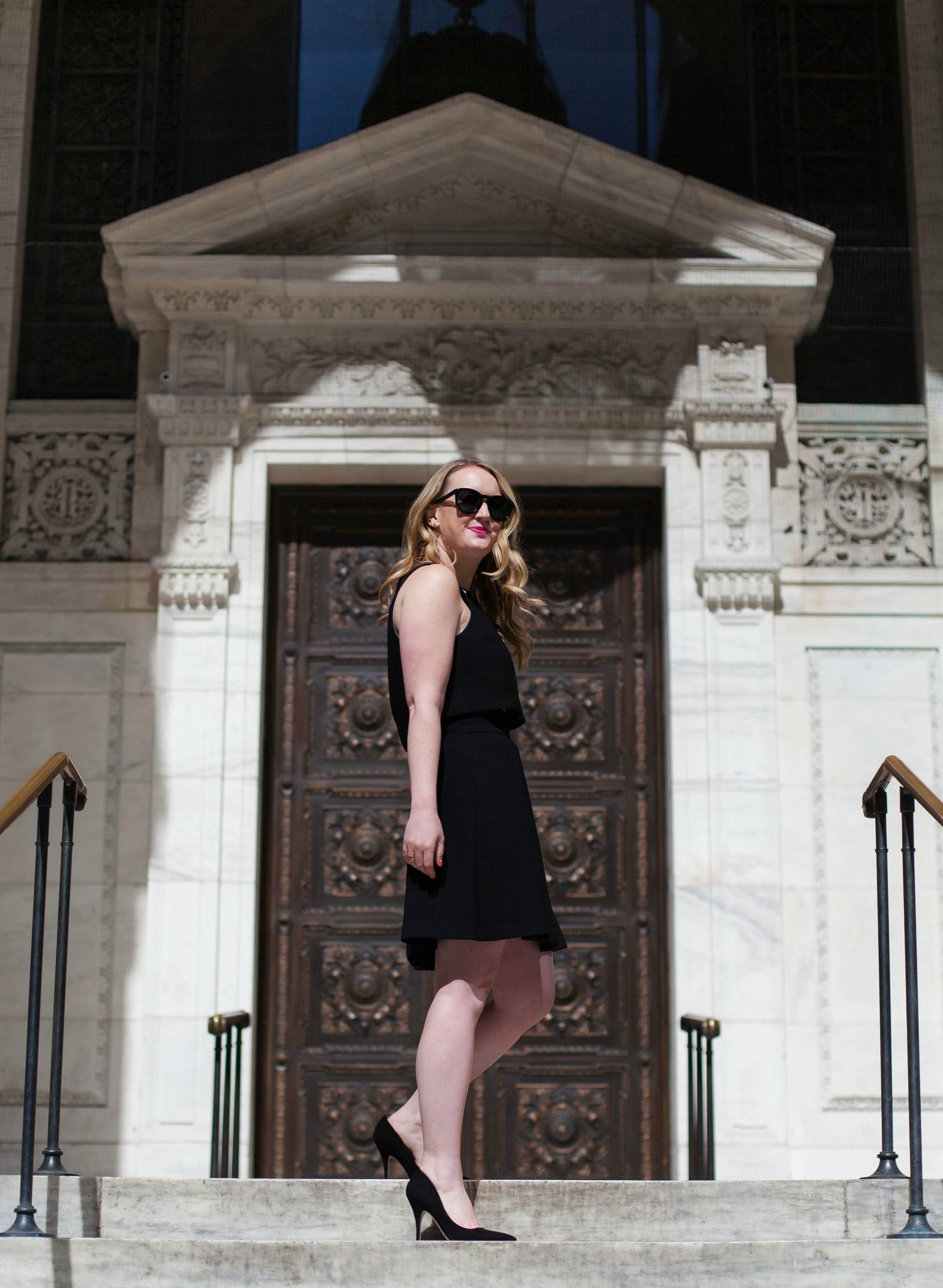 July 2013: I quit my first job that allowed me to move to New York (forever grateful!) and I begin work at a new PR agency working on P&G business. I will meet some of my closest NYC friends at this job and I am forever grateful this job brought them into my life.
September 2013: I run my very first 10K.
October 2013: I hire my first professional photographer for the blog and begin the investment of better photos to properly share my outfits + life with you guys.
January 2014: I have my thyroid procedure done again because the first time didn’t work. I pen this post.
February 2014: My apartment building is under new ownership and in an attempt to flip the units to rent them for more money, they feign structural damage and kick out existing tenants with no notice. I couch surf for three weeks while my belongings are essentially held hostage. Cue entire housing nightmare. I am a wreck. I truly still can’t believe this happened. 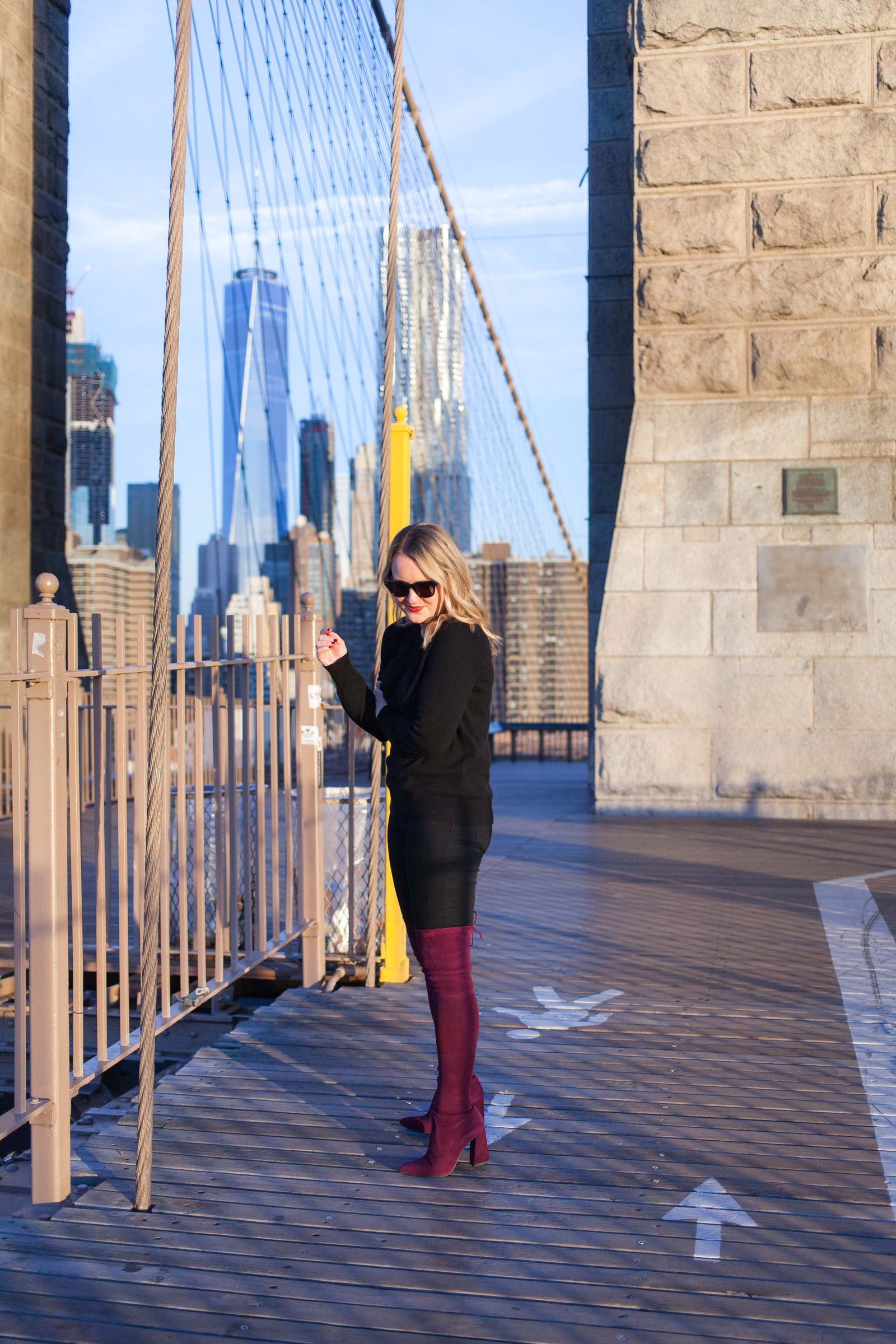 March 2014: Have surgery on my sinuses and fix my deviated septum. At this point I am hanging on by a thread and New York has tested me to my core. I have almost entirely ceased blogging but finally put pen to paper and write about what I’ve come to value as the most important things.
April 2014: Normalcy begins to resume with a move into a new apartment again in the East Village with two close friends.
April 2015: I launch the latest version of wit & whimsy after months of planning! I am finally feeling back to my old self.
May 2015: I prove to myself my own strength & run my first (and last) half marathon! 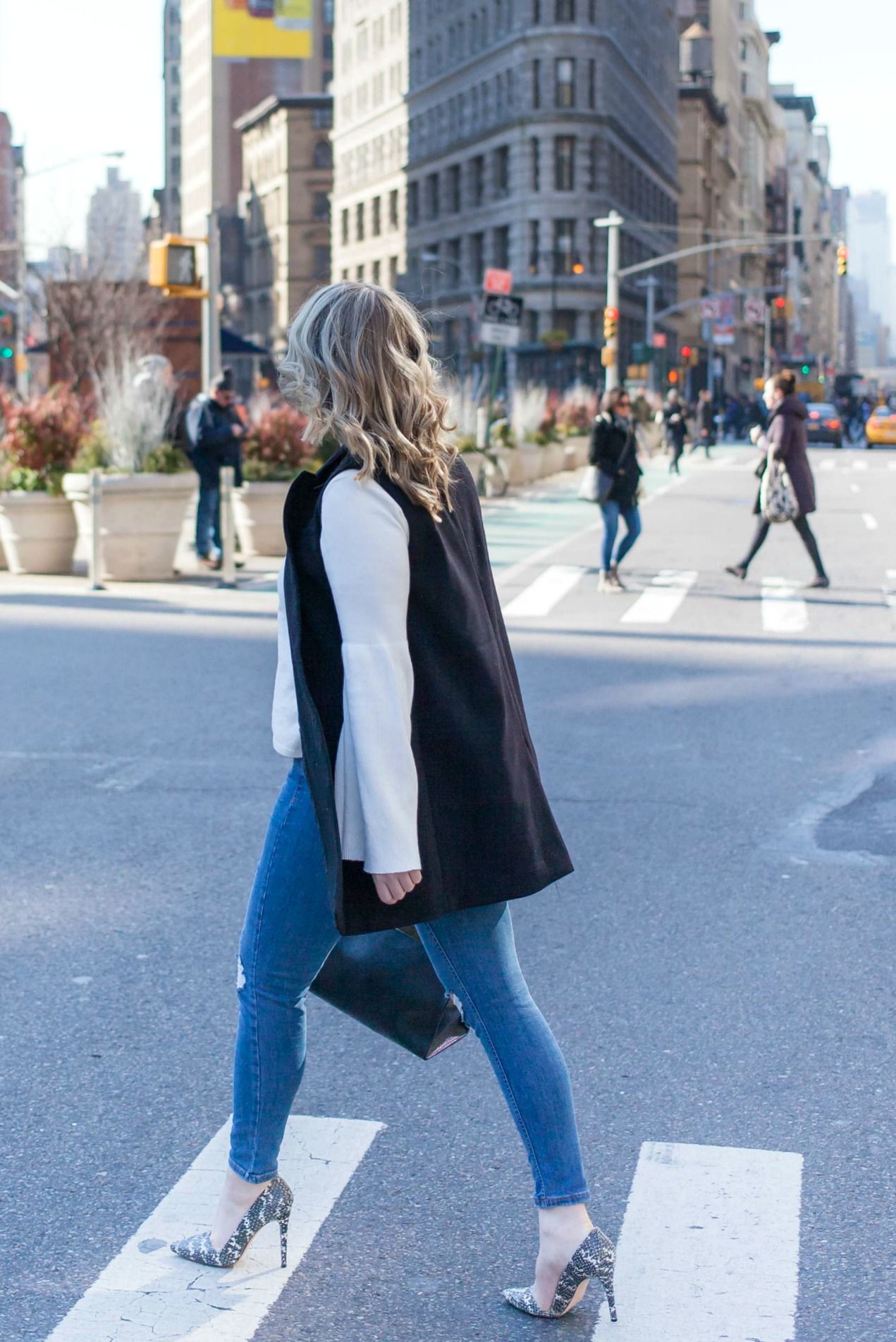 June 2015: I turn 30 and reflect a lot on this milestone. I celebrate with loved ones in New York and then jet off to Nashville with some of my best NYC gals.
August 2015: My beloved godmother moves to New York from DC. I love having her in the city.
October 2015: I begin to consider a move abroad. My heart isn’t ready to be done with New York but I consider a new challenge and take interviews in both Paris & London. 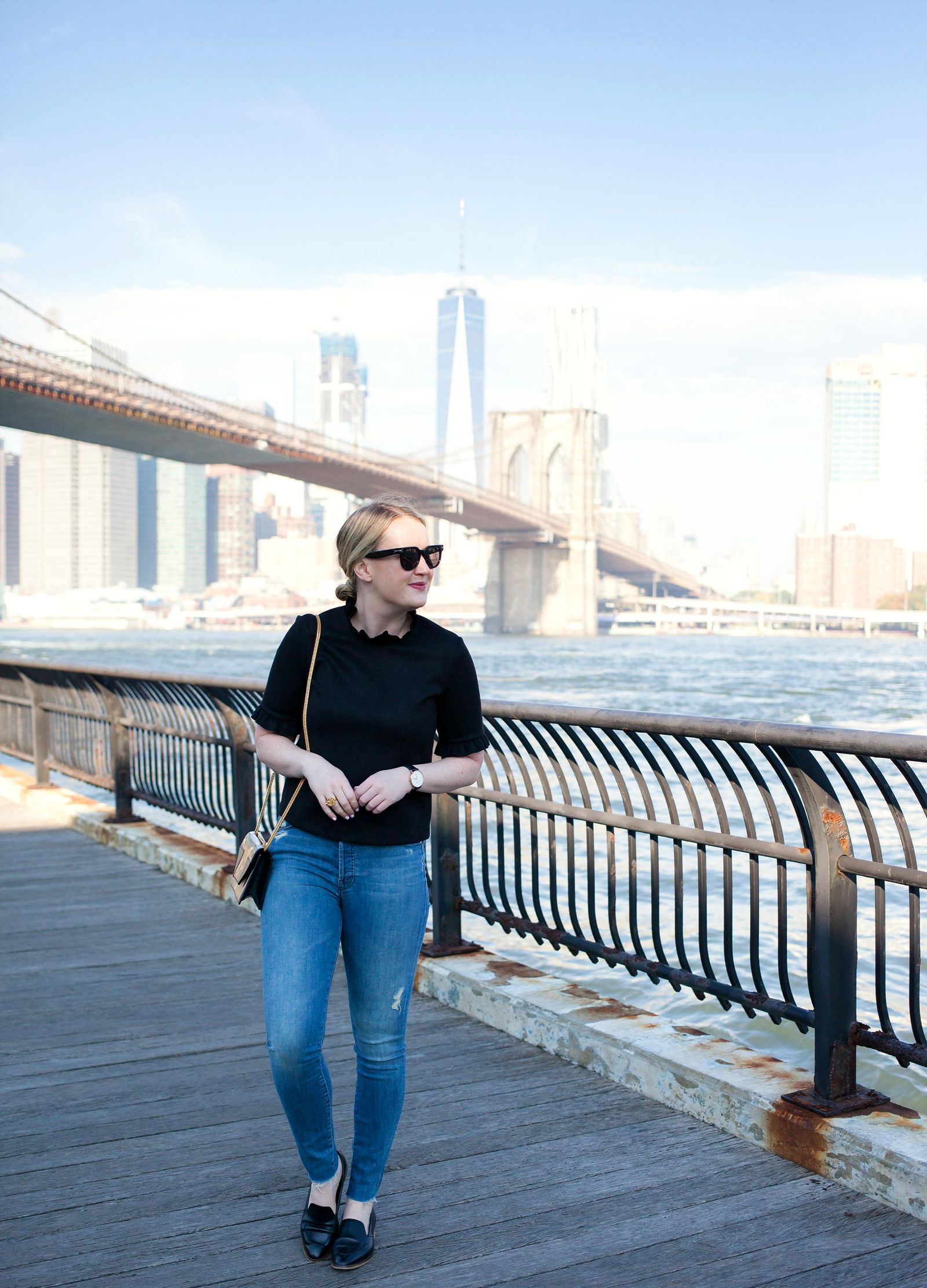 November 2015: I have my first Thanksgiving in NYC and away from my home but celebrate with my two brothers.
January 2016: I begin plotting my next career move and start to consider self-employment and starting my own consultancy. I desperately need change and want more balance between my work & personal lives. I spent the next six months preparing for this leap.
May 2016: I depart my job and head out on my own. Here’s why. 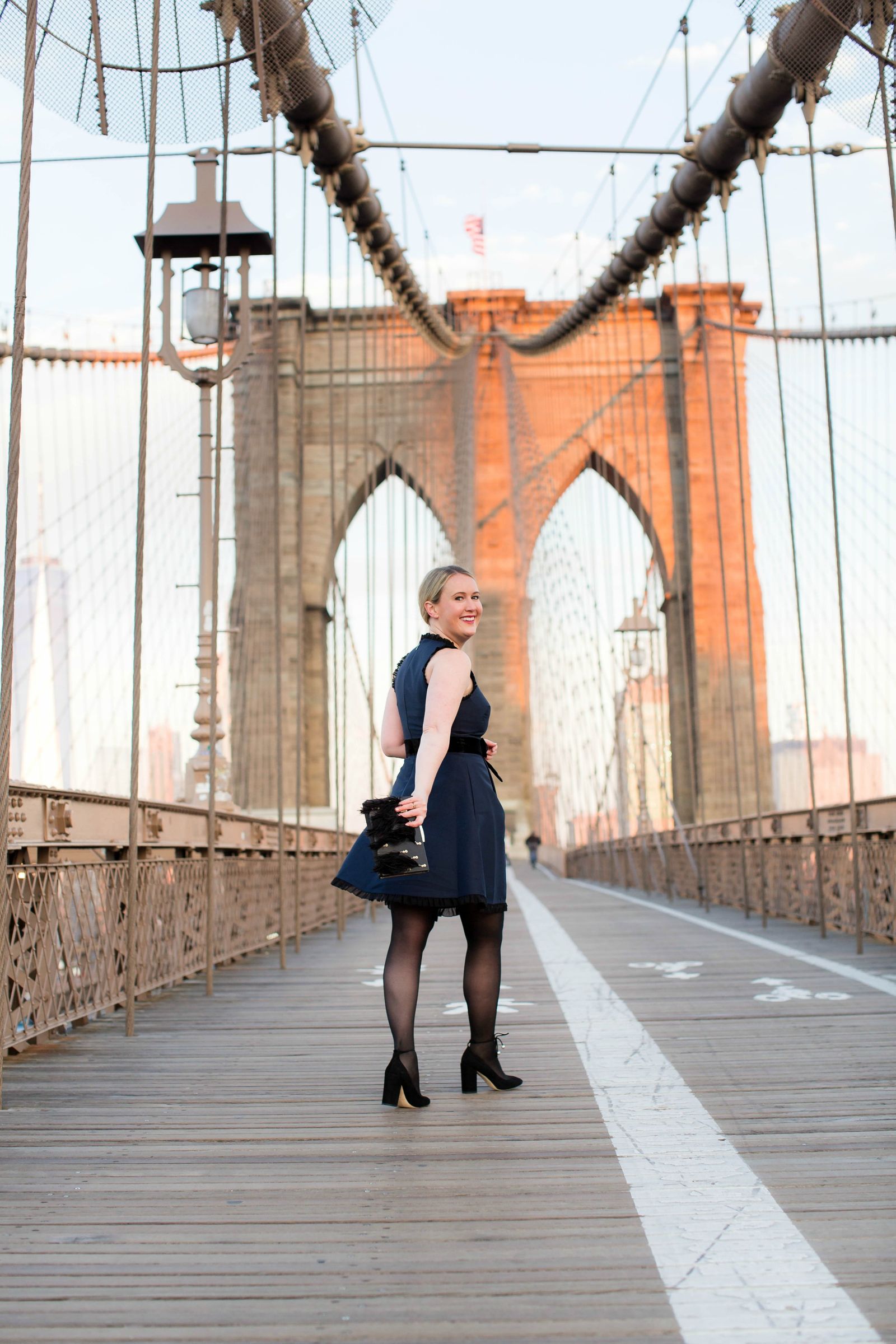 July 2016-September 2016: I spend the summer working on a variety of projects and working to build a roster of my own clients. I adjust to working from home full time. I also hire my first intern to help me on wit & whimsy (<3 you, Kate!)
October 2016: I sign my first year-long consultancy client. Then another! Another will follow in February of 2017. 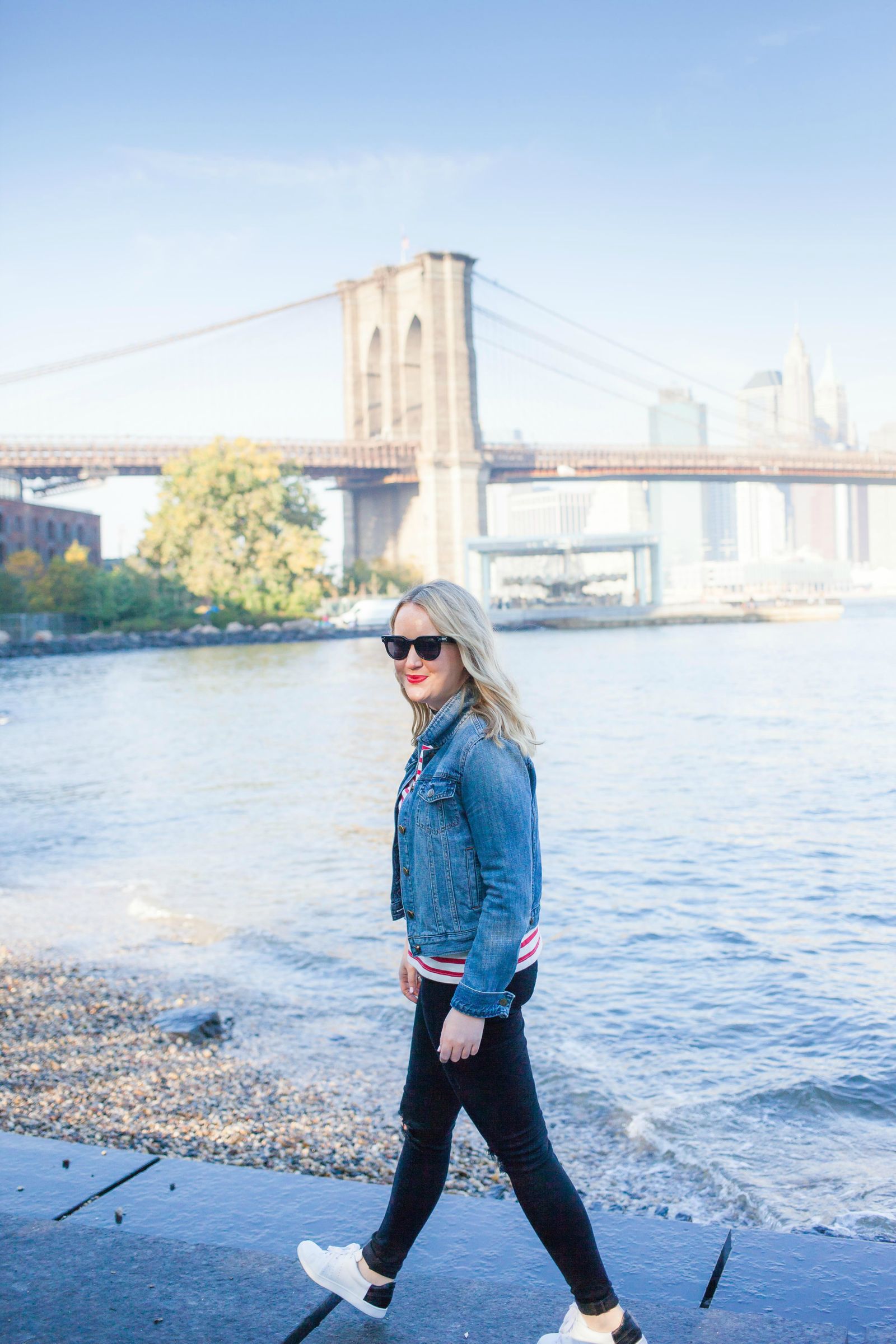 June 2017: I start another new chapter when I move into a place of my own in Brooklyn Heights! I celebrate surviving my first year working for myself.
July 2017: I grow my team for my consulting business and feel like I’ve really found my groove.

And there you have it! So much happened between those ups and downs and I have amassed so many memories that can never be properly put into words, too. It was so interesting to think back on the good and the bad that have really shaped my time in this wild place we know as New York City. I’m grateful to wit & whimsy for serving as a diary for a lot of those moments and to NYC for providing such a dynamic background to so much of what I capture for this blog.
And one thing that I know for sure? Moving to New York remains the best decision of my adult life. I love this city with my whole heart and am grateful it’s helped shape the person I am today. Hope you enjoyed reading a short synopsis on my life here thus far! Here’s to many more years of memories…